If you think your internet bill is already too high, then hold onto your hat, because it could be about to get even higher. Right now, Heritage Minister Mélanie Joly and Finance Minister Bill Morneau are reviewing a proposal to impose a new Internet Tax that, according to experts, would cost Canadian consumers at least $500 million a year.

A number of groups representing content producers, such as the Writers’ Guild of Canada and the Canadian Media Producers Association, are pressuring the federal government to implement this new tax as part of its sweeping investigation of how best to support Canadian culture in a digital age. The government wrapped up this review late last year, with Joly expected to publish initial proposals any day now.

The current system governing Canada’s cultural industries has not had a significant overhaul in decades, so while there’s little debate about the need for an update, controversy has been swirling about what form this update should take — zeroing in on the question of how and to what extent Canadian content should be publicly funded.

For Tyee readers familiar with OpenMedia’s work, it will come as no surprise that we’re strongly opposed to an internet tax, as are over 36,000 of our community members who are calling on the Trudeau government to reject the idea. We’re keenly aware that Canadians already pay some of the highest prices in the industrialized world for internet access, with the result that many people, especially those in low-income communities, simply cannot afford the cost.

The contrast is stark. In a recent study commissioned by the CRTC, it was revealed that while 95 per cent of the highest-income Canadians have internet access, only 60 per cent of the lowest-income Canadians can say the same. And, as groups such as the First Nations Technology Council and First Mile Connectivity Consortium point out, Canada’s high internet prices also disproportionately impact Indigenous communities — especially those living in rural and remote areas.

In view of our deep digital divide, the last thing we need is a new tax that would make internet bills even more expensive, harm innovation and business, and force even more Canadians offline — especially given December’s historic CRTC decision declaring high-speed internet as a basic service for all Canadians, regardless of their income level or where they live.

However, there’s also little doubt about the need to find sustainable ways to support the production of quality Canadian content. So if an internet tax isn’t the answer, what is? As it turns out, there are a number of positive alternatives that would achieve the goal of supporting Canadian content without the attendant harms that would come as the result of an internet tax.

First, it’s simply unfair that while Canadian online companies are obliged to collect and remit GST/HST, foreign online companies — such as Netflix — are under no obligation to do so. This puts Canadian companies at a competitive disadvantage, while also depriving the federal government of revenue that could be redirected to support Canadian content. The government is currently considering applying sales taxes to foreign online services, and such a move would be a positive alternative to harmful new fees such as a “Netflix tax” (a content levy explicitly for online video services, which the government has thankfully ruled out) or an internet tax on monthly bills.

Second, part of the proceeds from auctions of valuable wireless spectrum could be redirected toward the production of Canadian content, for example through joint connectivity and cultural production programs that could improve rural connectivity while ensuring newly connected communities received content funding to tell their stories.

Third, the government could leverage revenues from telecom sector mergers and changes of ownership to provide additional funding to independent creators. This would have the effect of redirecting revenues from powerful, vertically integrated telecom giants to provide support for creators who are currently under-represented, thereby democratizing and diversifying our cultural policy.

Finally, if the government is serious about its commitment to provide sustainable support for Canadian content, it could choose simply to divert revenue from the general tax base, which would ensure the burden was spread more fairly among the population, rather than falling disproportionately on low-income and remote groups.

A combination of some or all of these options — outlined in greater detail in OpenMedia’s submission to the government’s #DigiCanCon consultation — would be a far superior and more equitable approach than an internet tax that, by forcing vulnerable people offline, would run counter to the government’s stated goal of expanding broadband access, and additionally undermine Canada’s innovation agenda.

As it turns out, Canadians agree. A recent Innovative Research Group poll, commissioned by OpenMedia, revealed that a majority of Canadians do want to support Canadian content but simply hate the idea of paying more for monthly internet and cell phone service in order to do so. 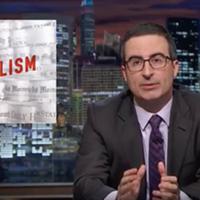 Should Your Taxes Subsidize Big Media?

The poll found that Canadians support creating a new revenue source to provide dedicated public funding for the production of Canadian content by 53 per cent to 20 per cent, but oppose a new internet tax by a huge majority of 70 per cent to just 14 per cent. Even 63 per cent of self-identified Liberal Party supporters are against an internet tax – perhaps not surprising given that it’s hardly consistent with the government’s promise to stand up for the middle class.

The same poll also showed that Canadians are open to alternative ways of ensuring public funding for Canadian content in a digital age. For example, the option of funding Canadian content by extending GST/HST to foreign online companies operating in Canada is supported by 47 per cent to 29 per cent.

Hopefully these findings will give ministers Joly and Morneau pause for thought. After all, it’s essential that any new content funding mechanisms are sustainable over the long-term, meaning they must have broad public support. Nobody, not least content creators themselves, have anything to gain by the imposition of a deeply unpopular new tax that would alienate the public and would likely be overturned by a future government. Let’s hope the government is listening.