An Ontario small claims court has delivered a decision that gives journalists and readers both a glimmer of hope that there may soon be an alternative to newspapers stuffed with native advertising and free op-eds penned by propagandists. 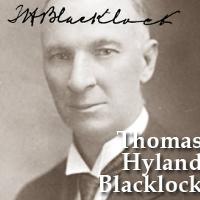 In October, the court awarded Blacklock's Reporter, a journalist owned-and-operated daily news outlet, $13,470 -- including $2,000 in punitive damages -- for breach of copyright after a wine industry association acquired a story from their subscription-supported publication.

The punitive damages reflect what the court says was an ''intentional interference with economic relations'' as well as the defendant's less-than-forthcoming manner about what they did. The Canadian Vintners Association has declined to appeal.

Blacklock's Reporter is a subscriber-supported electronic daily in the 19th century style -- more of a newsletter. They launched in late 2012 and they deliver Ottawa news in digital form, sort of like the Netflix model. They produce a half dozen stories daily and charge subscribers for access to a body of content on the website. They don't sell stories individually and they only sell limited advertising. Personal subscriptions are $157 annually (by comparison, the Globe and Mail charges $288 annually) but most of their subscribers are institutions -- unions, law firms, lobbyists, business associations, and libraries.

That's because of the nature of Blacklock's beat.

They produce serious hard news about the doings of business, the courts, and government. Their tagline is ''Minding Ottawa's Business'' and they cover the capital ''without politics or punditry'' as their Twitter bio says.

What that means is that Blacklock's covers the dull-but-important stuff that daily newspapers abandoned some 30 years ago as being too boring to attract a mass audience. If you want the latest on Canada Post and those mailboxes or federal government committee meetings, Blacklock's is your paper.

Which is how they came to the attention of the defendant, the Canadian Vintners Association, a trade group that represents Canada's billion-dollar wine industry.

Blacklock's was the only outlet reporting on a government committee meeting at which the CVA's chief executive officer Dan Paszkowski appeared. In Dec. 2013, the association contacted the publisher to complain about some detail in the story and it became apparent that the association's staffers had breached the paywall. They got copies of the story sent to them via another subscriber. The publisher requested they pay for two personal subscriptions -- a total of $314 plus tax.

They declined, and a court case followed at which they argued that since they had only wanted to read the story for personal interest, their use came under the purview of ''fair dealing.''

The judge, Lyon Gilbert, didn't buy it. (Nor should anyone.) Since Blacklock's is behind a hard paywall, the CVA argument is a little like someone with HBO access downloading Game of Thrones and sending you a copy, then having you argue this is ''fair dealing'' because you only wanted to watch it for personal enjoyment.

The issue, as the judge noted, is breaching the paywall.

Which seems logical enough. Blacklock's invests in skilled journalists to sit for hours in meetings, write the stories, edit and fact check them, and deliver them to a niche audience -- they have every right to dictate the price and the terms under which they will sell this service.

And here let me point out that journalism is done in the public interest; it isn't done as a free public service. The Blacklock's case is classic David and Goliath: a mom-and-pop shop was up against a billion-dollar business.

A husband-and-wife team of journalists owns Blacklock's. Publisher Holly Doan is a seasoned TV reporter, best known for her work at CTV. Managing editor Tom Korski is a print and radio reporter who has been a member of the Parliamentary Press Gallery since 1993. They employ a half dozen contract journalists.

They're not backed by American hedge funds, like Postmedia, or even private shareholders. It's just a handful of journalists selling their labour, producing something most reporters still believe is valuable: real news for an audience that needs it.

On the bright side, the many thefts of Blacklock's subscriptions suggest there is an audience for dull-and-serious news.

And it seems obvious that a court would rap the CVA's knuckles. No one assumes a plumber should repair toilets for free. Or that a developer should sell homes at fair prices, let alone for free. Why would they assume it's okay to steal the services of journos?

A right to read?

And yet, the anti-copyright lobby has been squealing with outrage over the Blacklock's decision. In an echo of libertarian economist Milton Friedman -- he argued that patents slowed economic growth, presumably because it's easier to make money if you can steal someone else's work -- the copyright-deniers argue they are entitled to the intellectual property of others.

I'm particularly amused by the idea that the public has ''a right to read'' a reporter's copy.

Sure they do: in a library. Which has paid an appropriate price for a multi-user licence. (And where, it should be noted, Blacklock's was available.)

It's the audacity of the copyright-deniers to defend their entitlement to free labour that I find so astounding.

Although I have to admit I whooped with laughter at this guy who is calling Blacklock's ''copyright trolls'' for having the nerve to demand payment for their work.

He seems outraged that the publisher is in the process of suing a number of government departments for allegedly accessing their content -- and circulating it to employees -- sans subscription.

Personally, I'm shocked to learn so many government bureaucrats might be stealing the hard work of citizens running a small business. And when I finish writing this, I'm planning to send a letter to my MP demanding they be investigated.

Going back to the Game of Thrones analogy, some of these defendants aren't just pinching a story or two for private viewing, they're allegedly distributing the content via email -- that's like running the equivalent of an in-house theatre for your employees and screening a ripped copy of GoT.

As I read the reasoning that argues that because this is news, and it's precious, the public has a right to expect journalists to toil free on their behalf, I wonder if they all flunked Econ 100?

Blacklock's is producing a rare commodity -- news that no one else is covering -- and they have a right to put any price they choose on it. Just like housing developers. Just like plumbers. The only choice the rest of us have is to buy it or not. Stealing it is not an option.

And it's not as if institutional subscriptions are some newfangled thing. They have been a major revenue source for newspapers for almost a century. Last year, the Ottawa Citizen reported that the austerity-loving Harper government spent about $20 million in media subscriptions and monitoring from late 2012 to mid-2014.

So Blacklock's filed access to information requests to get some of those figures by department and outlet.

Industry Canada, for example, pays Dow Jones $311,852 to give employees access to their financial reporting for a year. They pay the Canadian Press (CP) wire service $62,820, while Postmedia earns $28,200 from them alone.

Now consider that most of this copy is available free online because it's produced by outlets that profit by selling their audience to advertisers. The free copy is the bait necessary to lure those readers.

Blacklock's runs on a different model. It's largely subscriber-funded. They are producing exclusive stories at a high cost because that interests their subscribers who can't get this reporting any other way.

So if the courts agree with the copyright-deniers that anyone should have the right to access that content free, they're as good as saying that journalists are not allowed to sell their labour. They have to give it away, due to some convoluted argument that the public is entitled to free journalism.

And where does that leave readers? Awash in native advertising, my friends.

Need I remind you that he who pays the piper calls the tune?

Because the Internet is a copying machine, journalists with small businesses can only supply the labour necessary to do original reporting if they can enforce their paywalls. And that means they need the courts to uphold intellectual property rights.

Blacklock's is awaiting hearings on nine claims for copyright infringement, eight of which name government departments as defendants. (Two of their suits have been settled out of court.)

So the only question now is will the upper courts hearing these suits echo the very sensible Ontario small claims decision? Small claims courts don't set precedent. But if the upper courts agree that breaching a paywall can't be defended as fair dealing, then it will pave the way for other journalists covering other beats to try this model.

Maybe in a community near you. I’ll let you know what happens.