When a podcaster can get the president of the United States to sit down for a long, rambling interview in his garage, I think it's time for the rest of us to acknowledge that podcasting is the future of journalism. 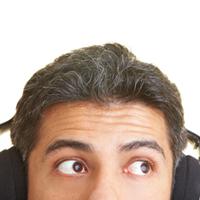 It took a year of planning to get Barack Obama to Marc Maron's mic in June for WTF, his weekly interview with celebrities big and small, and Maron did something most people would have said was impossible.

Perhaps the most surprising thing is that Maron didn't do it at all -- the president's staff suggested it. That's because the biweekly independent podcast averages about 450,000 listeners an episode, which is big enough to make even presidents take note. For context, the radio juggernaut This American Life has about 2.2 million terrestrial radio listeners and another million downloads on podcast.

To date, Maron's interview with President Obama has 1.6 million downloads and counting. Which means he's giving the New York Times Sunday edition, and their circulation of about 1.3 million, a run for their money. And their audience.

In short: Maron with his show of intimate interviews, is just killing it. Financially as well as journalistically. It's estimated WTF makes more than $1.6 million a year on advertising.

Still, his Obama interview was "the Super Bowl of podcasting," according to a blogger at Midroll, the company that sells advertising on podcasts. He hints that the presidential interview made a chunk of change. But of course he doesn't say how much, because one of the big mysteries of podcasting is how it makes money.

Midroll offers a handy-dandy calculator to estimate what your podcast could be worth in ad revenues, based on the size of the audience and the frequency of the ads.

A professional broadcaster like Maron can pull huge audiences. But podcasting isn't exactly a gold mine for any old prospector, not least because there are few things as painful to listen to as amateur radio. Which explains why there are close to 300,000 shows in the podcast universe and most people would be hard-pressed to name anything outside of the professional shows by NPR, BBC and CBC, which dominate the iTunes Top 100.

On the business side of journalism, everyone knows audience = money, but it's only recently that they've figured out how to spin podcast listeners into gold. And it's controversial. As a panel at the Public Media Marketing conference in Washington this month discussed, blending journalism and advertising is still a thorny subject in circles where ethics are valued. (Of course print media have gradually been embracing what is now called native advertising since the 1980s when it was called advertorial.)

Online radio liberates broadcasters from the advertising constraints of regulators, which seems like an economic blessing. And podcasters have a creative way with an ad that is part of what is so appealing about a lot of these shows.

Last year's hit show, Serial, spawned a meme for their advertiser, the email delivery service MailChimp. Instead of the usual dry statements associated with public radio underwriters -- cue plummy voice saying this show is supported by a big money foundation -- the producers did an entertaining ad that involved people reading the company name, including a little girl who read it as "Mail Kimp." Her cuteness charmed the Internet and overnight people were demanding Mail Kimp swag.

Then Ira Glass, who has spent the last 20 years hosting and running This American Life (which produced Serial) made headlines in the spring when he told a reporter that it's time for public radio "to embrace capitalism."

According to news reports, that led to much pearl-clutching in the refined world of American public media. So Glass clarified his views.

But apparently, he meant what he said the first time. Earlier this month Glass took This American Life private. He owns it. He will still sell the show to public broadcasters, but he wants more creative control -- by which I suspect he means more financial control.

No doubt he felt a twinge of envy watching his one-time intern Alex Blumberg launch Gimlet, a for-profit podcasting company, last summer. Blumberg worked at This American Life and he is one of the originators of another successful This American Life podcast, Planet Money.

What set Blumberg's shows apart from the equally excellent offerings by his former NPR colleagues is Gimlet's clever ads. Hosts lend their personalities to the advertisers, sometimes interviewing them or telling tales of their own product use. They're fun! Not something a listener grits her teeth through.

So what may look like a sudden boom in podcasting has actually been a longtime coming. And like all shifts in journalism, it owes more to technological change than editorial vision. In this case, smartphone apps have made it easier to get podcasts. And new cars are about to become rolling hotspots, factory-loaded with Wi-Fi and "podcatchers" -- the apps that act sort of like Netflix for radio. Meanwhile, more and more cities are adding public Wi-Fi to their infrastructure, including transit.

Score one for journalism

So it's not surprising that a medium journalism researchers were calling "over" in 2012 has become the latest great hope for a new business model for news and information.

Radio-on-demand also gets around all the problems that come with other media. Print and television both are time-sucks, while podcasts are the perfect complement to boring chores like commuting, mowing the lawn and laundry.

That's why print media are again jumping on the radio bandwagon. Maclean's magazine began podcasting about politics and pop culture last winter. In Vancouver, Glacier Media Group, the publicly-traded corporation that owns many of the Lower Mainland's weekly papers and Victoria's Times Colonist, told staff about its new podcasting initiative earlier this month. It will be run by Barry Link, former editor of the Courier newspaper, who promises to tell The Tyee all about it when he gets back from holiday.

Slate magazine was one of the early online entrants that did it right: they hired a longtime NPR producer to deliver their digital radio offerings. They now have more than a dozen successful and profitable podcasts, with ads that give them a better rate of return than the display ads on the website. Their listeners have tripled in the last year.

For those listeners, the only thing that matters is the quality of the shows. Podcasting was always amusing, but it has also begun delivering significant news stories that are reminiscent of the investigative work of the 1960s. In that era, it wasn't unusual for features to expose corrupt enterprises or prompt changes in legislation.

Serial can take credit for one of those big, old-fashioned journalism scores. For those of you who haven't listened, Serial was about Baltimore's Adnan Syed, a man who may have been wrongfully convicted of murdering his former girlfriend in high school. Whatever your view on his innocence by the end of the 12 episodes -- in which the reporter uncovers suspicious policing and less-than-competent lawyering -- it's clear he wasn't given a fair trial.

In May, Maryland granted Syed the right to appeal, with an unusual decision that includes allowing him to introduce new evidence. It's not a new trial exactly -- but it's close. And it's a nod to journalism's long forgotten goal of comforting the afflicted (and afflicting the comfortable).

You may have noticed that journalism as an industry hasn't scored a lot of points lately. So it's hard not to add up Maron's coup in getting the president, Serial's coup in scoring a legal appeal, and Gimlet's coup in making advertising fun as evidence that the news biz may have found a model that serves everyone well.

Throw in Mr. Public Radio, Ira Glass, raising the banner for capitalism, and it's like watching the mass media boom of the 1930s all over again.

So I'm calling it: podcasting is the future of journalism.