The mounting battle between Uber, the popular app-based car service, and the incumbent taxi industry has featured court dates in Toronto, undercover sting operations in Ottawa and a marketing campaign designed to stoke fear among potential Uber customers. As Uber enters a growing number of Canadian cities, the ensuing regulatory fight is typically pitched as a contest between a popular, disruptive online service and a staid taxi industry intent on keeping new competitors out of the market. 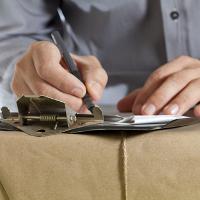 If the issue was only a question of choosing between a long-standing regulated industry and a disruptive technology, the outcome would not be in doubt. The popularity of a convenient, well-priced alternative, when contrasted with frustration over a regulated market that artificially limits competition to maintain pricing, is unsurprisingly going to generate enormous public support and will not be regulated out of existence.

While the Uber regulatory battles have focused on whether it constitutes a taxi service subject to local rules, last week a new concern attracted attention: privacy. Regardless of whether it is a taxi service or a technological intermediary, it is clear that Uber collects an enormous amount of sensitive, geo-locational information about its users. In addition to payment data, the company accumulates a record of where its customers travel, how long they stay at their destinations, and even where they are located in real-time when using the Uber service.

Reports indicate that the company has coined the term "God View" for its ability to track user movements. The God View enables it to simultaneously view all Uber cars and all customers waiting for a ride in an entire city. When those mesh -- the Uber customer enters an Uber car -- the company can track movements along city streets. Uber says that use of the information is strictly limited, yet it would appear that company executives have accessed the data to develop portfolios on some of its users.

In fact, Uber blogged in 2012 about "Rides of Glory," which it characterized as "anyone who took a ride between 10 p.m. and 4 a.m. on a Friday or Saturday night, and then took a second ride from within one-tenth of a mile of the previous nights' drop-off point four to six hours later." The blog posting identified which cities had the largest number of such rides.

Canadian Uber users can be forgiven for wondering whether the company takes their privacy rights seriously since it does not even have a Canada-specific privacy policy. The Uber website features three privacy policies: one for the United States, one for South Korea, and a global catch-all policy for users in 48 other countries. That approach effectively lumps Canadians into a privacy policy shared by users everywhere from Beirut to Beijing to Bogota.

The policy identifies certain privacy rights (and seeks to bring global users under a European Union privacy umbrella), but does nothing to ensure that it is fully compliant with Canadian privacy law standards. Interestingly, the company does have a Canada-specific user agreement, so the company's legal rights are designed to comply with Canadian law.

Geo-location privacy is frequently invoked within the context of online marketing, with some concerned about the prospect of being "followed" as they walk down a city street, receiving coupons or real-time offers from nearby stores. Yet the Uber situation provides an important reminder that geo-locational privacy issues extend far beyond just marketing as they allow for tracking and inferences about user behaviour that is not otherwise publicly available.

Providing locational information is a trade-off that many are prepared to make, particularly if backed by privacy rules that safeguard misuse and provide some measure of oversight. In the case of Uber, the failure to develop Canada-specific protections raises serious questions about whether the company sees itself as outside the scope of more than just local taxi regulations.