Please, let's forget about Jian Ghomeshi for a minute and think about the CBC's real problems: the prime ministers of Canada since Brian Mulroney, who in chronological order have all deliberately cut our national broadcaster's funding to punish it for doing its job. It's been slow -- Stephen Harper would call it "incremental" -- but remorseless, and the CBC's government-appointed boards and management have cooperated in the process. 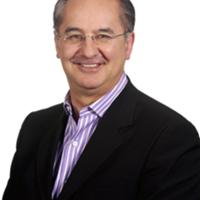 Chatting with Stursberg, My Ex-Boss and Arch-Nemesis

That's the thesis of a new book by one of Harper's casualties, Alain Saulnier, who was sacked from his job as information director of Radio-Canada. He's now written a book, Ici ÉTAIT Radio (This WAS CBC) describing the downfall of the francophone arm of CBC.

Not coincidentally, thousands recently marched in Montreal to protest the latest round of budget and personnel cuts.

It's no better for the anglophone arm, but the damage we see is hard to assess if we can't remember what an extraordinary public broadcaster the CBC once was.

My first encounter with the CBC was in 1967, as a brand-new immigrant from California. My wife and I arrived with no TV set and a Fisher component stereo system with FM only, and that's what we listened to for years. It was opera on Saturdays, radio plays, interviews with Glenn Gould, portents of doom from Dr. Paul "Population Bomb" Ehrlich, and a wonderful series called The Keyboard Music of Bach.

Our experience of radio in California had been Top 40 stations and KPFA, a listener-supported station that made a fundraising fortune when it broadcast Arlo Guthrie's brand-new opus Alice's Restaurant. KPFA's news broadcasts ("U.S. B-52 bombers based on Guam again struck targets in North Vietnam today") had helped drive us north to a more reasonable country.

The CBC assured us that we'd found it, even if we couldn't understand the news reports about the Progressive Conservative leadership convention that ousted John Diefenbaker. When we did hear CBC AM radio, the commercials (even those for tobacco) seemed OK, because you got those in the U.S. as well.

Bear in mind that we were 20-somethings new to the country. We had no sense that the CBC was talking to some older elite. We had wandered into a remarkable party where intelligent adults were talking about what concerned them. No one condescended to us. It was up to us to get the back story of the conversation, to grasp why De Gaulle had been an old fool to bellow "Vive le Quebec libre" on a state visit. We listened, and learned.

If you ever listen to Michael Enright's Rewind program, you'll have a sense of what CBC radio sounded like then. It seems a bit stilted to modern ears, but it was 1960's good manners to speak that way when you'd been invited into Canadians' homes.

Unless, that is, you were radio hosts Max Ferguson or Allan McFee, two of the most subversive minds ever let loose in any North American medium. Ferguson's show Rawhide, and McFee's fondness for jellied gin and his listeners out in Vacuumland, expressed a deeply Canadian pleasure in taking the piss out of everyone.

Not wallpaper for the ears

You could treat the CBC as wallpaper for your ears, but more likely you listened hard. Imbert Orchard was interviewing the living pioneers who'd built B.C. If you were a B.C. cattle farmer, you (and your urban customers) paid attention to the noon report on prices for "canners and cutters."

Even CBC television was capable of moments beyond anything American TV -- like Cariboo Country, the series that made me a lifelong fan of Paul St. Pierre. The CBC was interactive even in those primitive years when "Marshall McLuhan, what are you doin'?" was a running gag on American TV.

Back then, anyone could walk into the studio off the street and get an audition as an announcer. Writing a grumpy typewritten letter about some CBC programming, I got a prompt and respectful reply from a producer. When I learned that the CBC was in the market for the radio plays we listened to, I wrote and got back an astonishing free course on writing: sample scripts for radio, TV, and film, plus realistic advice on what a script should contain.

Using the CBC kit, I wrote the first of six radio plays that the CBC bought and produced -- some adaptations from Canadian novels like Charles Yale Harrison's Generals Die in Bed, others originals. Listening to my own scripts going out across the country gave me the confidence to move on to novels and nonfiction books.

By the late 1980s I was a 40-something, set in my CBC habits and not always happy with the changes it kept making. But the cuts were setting in, thanks to a series of Conservative and then Liberal governments that didn't enjoy accurate reporting on their shenanigans.

By then, Canadians were also beginning to accept the mantra of right-wing think tanks that any form of taxation was a Bad Thing, and the CBC lived on our taxes (especially after radio stopped running tobacco ads, and then dropped ads altogether).

We began to see ourselves as taxpayers for whom the CBC was a cost, rather than as citizens for whom the CBC was a vital information source. A lot of Canadians didn't bother with it unless they were trapped in some rural region that only the CBC bothered to cover. Otherwise, they watched American TV and listened to American-style radio.

Like any commercial American broadcaster, the CBC by the turn of the century began to feel the pressure to justify itself by reaching the largest possible audiences on ever-decreasing budgets. Its content, especially TV under the Richard Stursberg regime, tried to appeal to a mass audience: Battle of the Blades, American game shows, and endless hyping of Hockey Night in Canada.

Content also began to reflect an increasingly pro-business attitude: Dragon's Den, Lang & O'Leary, and frequent radio reports on today's stock market -- as if CBC's audience were high-rolling investors and rentiers in the top one per cent. The idea of similar attention to labour issues seems not to have occurred to anyone.

Very oddly, content also began to emphasize crime -- at a time when crime figures were falling. Canadians could be forgiven for thinking lawlessness was widespread. What's more, crime stories began to subtly denigrate the courts. No sooner had the judge handed down a verdict or sentence in some famous crime than the wronged family got a sound bite to second-guess it. Justice for all has become far less important than "closure" for a few.

Somehow it began to sound designed to please the pro-business, anti-crime Conservative government that came to power in 2006.

This shift in content came along with a shift in tone, from the adult to the barely post-adolescent. The CBC was acutely aware that a key audience was dying on it -- the youngsters of the 1950s now watching Power and Politics were a prime market for walk-in bathtubs and stair elevators.

So the CBC clumsily and patronizingly went after "the kids" with pop music on the drive-home show and breathless plugs for programs by Promo Girl and Promo Boy. Somehow the plug wasn't as exciting when you'd already heard the program three days earlier and this was just another money-saving "encore" broadcast.

And this was where opportunity arose for someone like Jian Ghomeshi. The CBC was terrified of seeming "elitist" (imagine a hockey team recruiting only mediocre players). It wanted to reach a demographic that had grown up from Teletubbies to YouTube. Yet it also wanted to reach the whole magnificent, multicultural sprawl of modern Canada that it had helped create.

So a Canadian immigrant suddenly became CBC radio's voice. He soon replaced Peter Gzowski in the weekday morning slot. Gzowski had been a serious journalist before becoming everyone's uncle and the pal of the Three Wise Men, pundits of an earlier generation. Ghomeshi had been the drummer in a Canadian pop band, tuned in to a different generation and issues altogether.

At the same time, and very much to its credit, the CBC was reaching all generations through new media. CBC Radio Two might be a classics-lite disaster, and Radio Three a truly elitist new-music service, but CBC.ca does indeed reach everyone with basic computer literacy. It can even reach Canadians overseas who can listen to Vancouver's Early Edition on Stockholm afternoons.

But online is still a sideline, and the Ghomeshi mess has evidently paralyzed those running the CBC's radio and TV programs. The scandal has given the Conservatives just the pretext they need to finish it off once and for all, reducing it to fundraising nights like American public broadcasting -- something to while away the lonely nights for the feckless intellectual geezers who'd never vote Conservative anyway.

And what should the CBC do to escape that fate?

First of all, assume its audience to be all Canadians, whatever their age, who have paid for, and deserve, the best broadcasting the CBC can provide. If a program seems too old or young for a given demographic, run it anyway and the demographic will learn to love it (with the exception of the seriously awful Vinyl Cafe with Stuart Mclean).

Second, the CBC should consider itself a byway, not a freeway. The Duffy Lake Road, Alberta Highway 22 along the Eastern Front Range, and Quebec Highway 132 through the Gaspésie are roads you have to seek out; few of the taxpayers who built them have ever bothered to do so, but those who have know what treasures such roads can be. Make CBC a personal discovery, not something forced on everyone.

Third, recognize that the Internet has made the CBC just another among millions of choices for everyone with computer access around the world. The whole world is indeed watching us, if we're worth watching, and we'd better be ready for our close-up.

Fourth, oblige all governments to fund the CBC consistently whether they like its coverage of them or not, just as the Supreme Court does its job regardless of Stephen Harper's opinion of the Chief Justice. Without an independent, fully funded CBC, Canadian democracy itself can't do its job.

The CBC need not appeal to everyone, any more than a good restaurant should offer French fries with every item on the menu. Let it just be there, waiting for the Canadians and foreigners who want and need it, when they're ready for it.

Let the CBC be as good as it can be, and it will make us as good as we can be.