Canada's three dominant newspaper chains will be reduced to only two -- one of them largely owned by U.S. hedge funds -- if the federal Competition Bureau allows Postmedia Network's proposed $316-million purchase of the Sun Media chain. 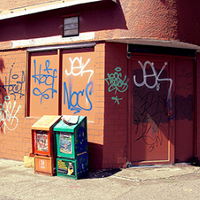 Inside the $316-Million Postmedia-Quebecor Deal

Postmedia already owns a partnership between the Vancouver Sun and Province. The deal would create four more joint publishing operations -- in Calgary, Edmonton, Ottawa and Toronto -- between supposedly "competing" dailies. In three of those markets, Postmedia would own both daily newspapers and would thus dominate the market for print advertising as it has in Vancouver. (Toronto has four dailies -- the Star, Sun, Globe and Mail and Postmedia's National Post -- although the latter two are published nationally.)

In addition to Sun tabloids in five cities, including Winnipeg (where it competes with the Winnipeg Free Press), and the monopoly broadsheet London Free Press, the purchase would include 24 Hours commuter tabloids in Toronto and Vancouver and more than 160 community publications, mostly in Ontario, plus Sun Media's news website Canoe.ca.

"This development further reduces competition in both the Canadian print and online worlds which are already among the most heavily concentrated in the world," noted Vincent Mosco, a professor emeritus at Queen's University and author of The Political Economy of Communication. "A primary reason for the takeover is to entrench Postmedia's monopoly power. This will slash journalism jobs and reduce the number of voices providing the variety of views essential for a thriving democracy."

Some academics have argued that concentration of newspaper ownership isn't a concern in the digital age, because online publications such as The Tyee and even amateur blogs provide more competition than ever for news and opinion. Not so, according to professor Robert Hackett of Simon Fraser University, co-author of The Missing News.

Taking the measure of competition

The Competition Bureau is only allowed to examine the effect of newspaper mergers and takeovers on the market for advertising, however, not for news and opinion. Its predecessor, the Combines Investigation Branch of the federal Department of Justice, held hearings into the 1957 Pacific Press merger between the Vancouver Sun and Province and found it to be an illegal combination between competitors. The arrangement was allowed to stand on the basis of "economic necessity," however, after the parties argued that under the prevailing natural monopoly theory of newspapers, eventually only one daily would be left in Vancouver.

In 1996, Southam, which then owned Pacific Press, was taken over by Conrad Black. He sold it in 2000 to Canwest Global Communications, which renamed Pacific Press the Pacific Newspaper Group.

Canada's journey towards more concentrated media ownership had come that far despite the fact that in the late 1980s the Competition Bureau had held hearings into the acquisition by Southam of most of the Lower Mainland's community newspapers, including the North Shore News, Vancouver Courier and Now newspapers. The Competition Bureau ordered the sale of some that competed with the Pacific Press dailies for advertising, but Southam successfully appealed the ruling to the Supreme Court of Canada.

With the 2000 sale of Southam to Canwest, which owned BCTV, Vancouver came to have possibly the highest level of media ownership concentration in the free world. This eased considerably with Canwest's 2009 bankruptcy, after which its newspapers and Global Television network were sold off separately.

Canwest's newspapers were bought by a consortium of their creditors headed by U.S.-based hedge funds. That put Postmedia over the foreign ownership limit for newspapers set by the federal government, which the company got around by creating two classes of shares that ensured voting control would remain with Canadian shareholders.

Postmedia's purchase of Sun Media would raise the national level of newspaper ownership concentration considerably, however.

The Canadian newspaper industry has been dominated recently by Quebecor, Postmedia and Torstar, publisher of the Toronto Star, the Metro chain of commuters tabloids in seven Canadian cities, plus three dailies and more than 100 community newspapers in Ontario. Each controlled about 20 percent of Canadian dailies, but adding the Sun Media chain would give Postmedia well over a third of the industry and create local monopolies in Calgary, Edmonton and Ottawa.

Diversity can still pay off

Postmedia claims the purchase of Sun Media's papers would provide "cost synergies" of up to $10 million a year, which means that it plans to combine operations where it publishes more than one daily and to cut jobs and production costs by sharing office space and printing presses. For that, however, it would need Competition Bureau approval, but could rely on the Pacific Press partnership as a precedent.

Postmedia (which didn't reply to inquiries yesterday) might argue that one of the newspapers in each market would fail unless it is allowed to go into business with the other and carve up the local market for print advertising. That would undoubtedly see advertising rates go up, however, to the detriment of advertisers and consumers. The Competition Bureau should look askance at that argument, taking a lesson from the fact that, after publishers closed venerable daily newspapers in Ottawa and Winnipeg in 1980, tabloids soon replaced them, modeled after the Toronto Sun that arose from the ashes of the folded Toronto Telegram in 1971.

Sun tabloids proved so successful across Canada that Southam converted its Vancouver Province to tabloid format in 1983, which revived the flagging daily because it attracted a younger readership prized by advertisers.

The success of tabloids has proved that a second newspaper that appeals to a different demographic can be financially viable. This has effectively repealed the natural monopoly theory of newspapers upon which the Pacific Press monopoly was allowed to stand more than a half century ago, to the everlasting detriment of Vancouverites.