The outbreak of copyright trolling cases in the United States and Britain in recent years has sparked considerable anger from courts, Internet providers and subscribers. These cases, which typically involve sending thousands of legal letters alleging copyright infringement and demanding thousands of dollars to settle, rely on ill-informed and frightened subscribers, who would rather pay the settlement than fight in court. 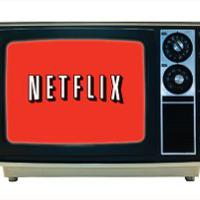 Canadian Netflix About to Get Pricier?

Canada was largely spared these cases until 2012, when Voltage Pictures, a United States film company, filed a lawsuit demanding that TekSavvy, a leading independent Internet provider, disclose the names and addresses of thousands of subscribers who it claimed infringed its copyright. TekSavvy did not formally oppose the request, but it did ensure that its subscribers were informed about the lawsuit and it supported an intervention from the Canadian Internet Policy and Public Interest Clinic, a technology law clinic, that brought the privacy and copyright trolling concerns to the court's attention (I sit on the CIPPIC advisory board).

The federal court issued its much-anticipated decision on Thursday, granting Voltage's request for the subscriber names, but adding numerous safeguards designed to discourage copyright trolling lawsuits in Canada. The safeguards include court oversight of the "demand letter" that will be sent to subscribers, with a case management judge assigned to review and approve its contents before being sent to any subscriber. Moreover, the letter must include a message in bold type that "no Court has yet made a determination that such subscriber has infringed or is liable in any way for payment of damages."

While Voltage argued that privacy issues should not be a concern, the court was extremely troubled by the prospect of copyright trolling. It expressed fear of the "mischief" created by compelling Internet providers to reveal private information about their customers and the danger of flooding the courts with thousands of cases involving subscribers who have good defences to the alleged infringement. Further, the court noted that given recent changes to Canadian copyright law that create a $5,000 cap on liability for non-commercial infringement, the damages "may be miniscule compared to the cost, time and effort in pursuing a claim against the subscriber."

Having cited the dangers of copyright trolling, the court ruled that where there is compelling evidence of "improper motive" of a plaintiff, it might consider denying the motion to disclose subscriber names entirely. Alternatively, if such evidence is unavailable, there are many safeguards that can be established.

In this case, the court ruled that there was some evidence that Voltage has been engaged in litigation which may have an improper purposes, but not enough to deny the motion altogether. The court therefore established safeguards such as court oversight over demand letters, a requirement that Voltage pay TekSavvy's legal fees before the disclosure of subscriber information, and assurances that the information released by TekSavvy will remain confidential, not be disclosed to other parties, not be used for other purposes and not made available to the general public or the media.

The safeguards are significant, since they ensure the active involvement of the courts in the sending of demand letters and likely eliminate unwarranted scare tactics about potential liability.

The remaining big question is whether copyright trolls will now view Canada as hostile territory. Given the cap on liability that the government implemented in the last round of copyright reform, court oversight on sending demand letters, the requirements to compensate Internet providers for their costs and the increased expense the court's involvement will create, copyright trolls may wish to look elsewhere as Canada could prove too costly for such dubious legal tactics.