Washington-based Qorvis Communications has long been the dictator's spin doctor of choice in the Middle East, where it has whitewashed authoritarian regimes and attacked their critics with social media smear campaigns. Its underhanded tactics there, however, proved too much for even some of its own staff members, who quit in disgust. Now the public relations firm has branched out to the South Pacific, where for more than a year it has masterminded the perception management strategy of the dictatorship in Fiji. Military commander Frank Bainimarama seized power there in a 2006 coup, and while he has promised a return to democracy with elections next year, many are beginning to wonder if democracy will ever return to that benighted Pacific outpost after its dictator's latest antics. 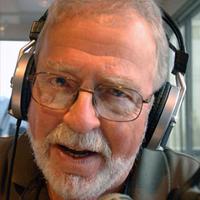 Bainimarama dramatically rejected a draft constitution earlier this month after a power struggle with the world renowned constitutional law expert who headed the commission that wrote it. Yash Ghai insisted on releasing the draft for public input, as his commission's original mandate allowed, but Bainimarama refused to permit that and passed a decree prohibiting it. When Ghai had 600 copies printed for release, police seized them just before Christmas and even set fire to several copies in front of him. Ghai instead leaked the draft constitution online. Bainimarama then announced that a new draft constitution would be written by his government for ratification by a hand-picked group. The regime claimed that the draft proposed by Ghai's commission would have allowed "elites" to continue running the country. Critics suspect that Bainimarama is instead averse to recommendations such as downsizing the country's military, which has seized power several times in the past 25 years, and restoring basic human rights like freedom of the press.

Bainimarama cracked down on the press in 2009, installing censors in newsrooms to ensure that nothing unfavorable to his regime was printed or broadcast. A draconian Media Decree enacted the following year prohibits publication of anything "against public interest or order, or national interest" and provides fines and even prison sentences for journalists who get out of line. Even though censors finally exited Fiji's newsrooms last year, journalists have been reluctant to convey any criticism of the regime and have been roundly accused of self-censorship. Regime-friendly media, such as the Fiji Sun newspaper, not only promote the government slavishly but also run smear campaigns against anyone who criticizes it. That is what happened to Ghai (and me) recently, and the propaganda had Qorvis' fingerprints all over it.

In between the torching of copies of the draft constitution and its official repudiation, Ghai was subjected to a smear campaign first on regime-friendly blogs, then in the Fiji Sun. Retired academic Crosbie Walsh, who lives in New Zealand, first whispered in a brief item on his blog that Ghai had lost the confidence of the regime after being seen socializing with some of its critics. The Sun found that piece of online gossip newsworthy and splashed it all over its tabloid front page under the headline "ACCUSED: Neutrality of Yash Ghai's Commission questioned." That made even Walsh blush. "The Sun did not misrepresent what I said," protested the octogenarian, "but it only published half of it -- the half sympathetic to Government."

Then Australian journalist Graham Davis quoted one anonymous "friend" of Ghai on his blog in concluding that the Kenyan law professor had been co-opted by regime critics. Blog entries by Davis, who was born in Fiji, are regularly reprinted by the Sun. It published the contention by Davis that Ghai had "decided to 'go rogue,' [and] to thumb his nose at due process." Davis, who hosts a weekly public affairs television program in Australia, revealed last September that he is a consultant to Qorvis on its Fiji account, which has damaged his credibility as a journalist.

A vigorous blogosphere emerged in Fiji after the 2006 coup, and it has managed to effectively counter regime propaganda online. A low rate of Internet penetration in the poverty-wracked country, however, means that it cannot match the political influence the Sun enjoys. Blogs such as Fiji Democracy Now, aggregator Fiji Today, the riotous Discombobulated Bubu, the incendiary Coupfourpointfive and the original Intelligensia lead the charge. A new website called Fijileaks specializes in investigative reporting and first published Ghai's draft constitution. A recent phenomenon has been a series of satirical letters sent to hundreds of Fijians by email that mock the regime's propaganda machine, such as this one on the constitutional bonfire.

Perhaps it was this online resistance that led Bainimarama to announce in late 2011 that the regime had retained Qorvis for US$1 million a year to "to ensure its operations take into account advances in social media, the Internet and best practices regarding the media." It has set up a number of "flogs" or fake blogs that reprint Davis posts, planted a few magazine articles, and helped set up an official Bainimarama Twitter feed. (There are several impostors.) It is suspected of editing Wikipedia entries, including that of Bainimarama. It even helped him to write for the Huffington Post. That column, which co-opted the Occupy movement's 99 per cent meme in trumpeting recent neo-liberal tax cuts by the Fiji regime, was too much for New York journalist Anna Lenzer.

Qorvis will have a lot of work to do in coming months if the Fiji regime is to retain any credibility either domestically or internationally. Since Bainimarama's rejection of the draft constitution, bad publicity has been coming fast and furious. First the regime enacted another decree setting out difficult requirements for any political party wishing to field candidates in next year's promised election. Then an elderly Catholic priest in Fiji revealed that an irate Bainimarama had berated him profanely by telephone and text message after he wrote a witty letter to the Sun. Bainimarama, who recently assumed leadership of the UN's G77 group of developing nations, is suspected of human rights abuse. An American diplomat quipped in a cables published in 2011 by Wikileaks that "a psychiatrist would have a field day with Bainimarama."