In a world where data now moves effortlessly between computers on the Internet without regard for geographic borders, is the appearance of a website on a computer screen sufficient for a court to claim that a trademark has been used in the country? Is the use of a computer server enough to assert jurisdiction over a non-resident? Two recent cross-border cases -- one Canadian and one U.S. which both pitted a U.S. company against a Canadian individual -- found that it is. 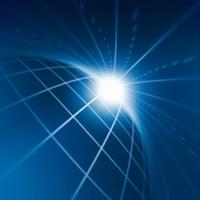 Letters of The Law: The Year In Tech Law and Policy

The Canadian case involved a trade-mark dispute over the mark VRBO. Martin Hrdlicka, a Toronto resident, registered the mark in Canada in 2009. Just over a year later, Homeaway.com, a U.S. company that owns the popular VRBO.com site, sought to expunge the trade-mark on the grounds that Hrdlicka was not entitled to register the mark and had no intent to use it.

Homeaway.com's legal challenge was that the company had no operations in Canada, though many Canadians may have accessed its U.S.-based website. Trade-mark law requires some use of the mark in Canada, yet the "use" in this case was largely confined to the availability of the VRBO website on computer screens.

While the Supreme Court of Canada has emphasized the need for actual use connected to Canada, the Federal Court broke new ground by ruling that "a trade-mark which appears on a computer screen website in Canada, regardless where the information may have originated from or be stored, constitutes for Trade-Marks Act purposes, use and advertising in Canada."

The December decision has already generated fierce criticism within the Canadian intellectual property community, which fears that foreign rights holders could challenge the validity of hundreds of Canadian trade-marks on the grounds that the marks were used before registration on the Internet.

Deiter lost her job in April 2011, but just before her termination, she transferred some company files from the company email account (stored on a computer server in Connecticut) to her personal account, which was based in Canada. At issue in the case was whether a Connecticut court could assert jurisdiction over Deiter.

A lower court ruled it could not, concluding that Deiter had insufficient connections to the state. Late last month, an appellate court overruled that decision, finding that Deiter may have physically used computers in Canada (she emailed the documents from a Canadian-based work computer to a Canadian-based personal computer), but the fact that the company computer server was based in Connecticut was enough to meet the jurisdictional requirement.

The Deiter case is sure to raise concerns since the case implies that mere use of a computer server in the United States may be sufficient grounds for a U.S. court to assert jurisdiction over foreign residents. Given the widespread use of U.S.-based Internet services, it opens the door to many more cases against foreigners before U.S. courts.

Both the Homeaway.com and Deiter cases involved unsympathetic litigants -- the court sensed that Hrdlicka had registered the VRBO mark with the hope of selling it for a profit, while Deiter transferred confidential documents to a personal computer in violation of company policy -- yet the long-term implications of these decisions is that courts on both sides of the border apparently stand ready to use the Internet to expand traditional notions of jurisdictional rules.