Canadian broadcasters and broadcast distributors have pursued a convergence strategy for the past decade that has created one of the world's most concentrated media markets. Four powerhouses -- Bell Media, Rogers, Shaw, and Videotron -- have been left standing with those companies now dominating broadcast television, radio, and broadcast distribution from coast to coast. 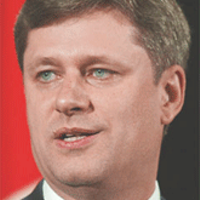 While it may already be too late, the proposed $3 billion Bell Media-Astral merger may represent the final opportunity to address mounting concerns over the competitive impact of a converged market. The new Bell Media-Astral entity will control approximately 45 per cent of the commercial radio market in Canada along with a dizzying array of television stations, specialty television channels, as well as wireless, satellite, and Internet services.

The CRTC's public review will capture the lion share of attention as it examines the proposed merger in the fall. As is often the case, much of the discussion will centre on the "benefits package" that accompanies each media merger. Cultural groups will argue over the hundreds of millions that is up for grabs (Bell is seeking to divert a sizable chunk of money toward infrastructure development in the Canadian north), while the public comments have thus far focused primarily on a controversial programming shift at a Montreal sports talk radio station.

Should those issues dominate the CRTC debate, the competitive concerns may be given a pass, leaving it to the Competition Bureau to assert itself.

The Bureau has a long history of examining media mergers with most receiving regulatory approval with no conditions. The exception to the rule has been media mergers with a significant Quebec component. For example, a proposed merger of Quebecor and Benjamin Media, a leading magazine distributor, was scuttled in 1989 after the Bureau raised competition concerns.

In 2000, the Bureau challenged Quebecor's proposed purchase of Videotron, noting that it would give the company control of the first and third largest television networks in the province. As a result, the Bureau ordered Quebecor to sell one of the networks in order to complete the deal.

A year later, the Bureau challenged Astral's proposed purchase of Telemedia, which would have given the company a near-monopoly in four French language radio markets and a dominant position in two others. The case settled when the parties agreed to sell several of the radio stations at issue.

The Bell Media-Astral merger raises many of the same concerns, though supporters have characterized the transaction as an effort to inject greater competition into the Quebec market. The Bureau may need further convincing since it has signaled a growing discomfort with Canadian media convergence and the potential for Bell Media to act in an anti-competitive manner.

Its 2010 approval of the Bell-CTVglobemedia merger included comments about the "growing trend toward vertical integration in the broadcasting industry" and the Bell Media-Rogers Communications joint purchase of Maple Leafs Sports and Entertainment earlier this year featured a statement that the Bureau was actively reviewing concerns about "incremental increasing concentration and vertical integration in the broadcasting industry."

Most recently, it launched an inquiry into whether Bell Media is imposing, or seeking to impose, unlawful restrictions on broadcast distributors that carry Bell-owned specialty channels. In a filing last month with the Federal Court, the Bureau sought "information detailing the precise nature of the restrictions being proposed and/or imposed by Bell on competing distributors."

The outcome of that inquiry is to be determined, but with the Bell Media-Astral deal waiting in the wings, it may be now or never for the Competition Bureau to wade into the competitive impact of the unprecedented concentration of Canadian media companies.