Privacy International, one of the world's leading privacy organizations, last year released the results of a multi-year investigation into the shadowy world of the commercial surveillance industry. Dubbed "Big Brother Inc.," the investigation placed the spotlight on dozens of companies that specialize in covert surveillance technologies that are typically sold directly to governments and law enforcement agencies. 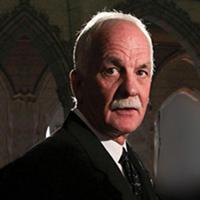 While governments in Asia and the Middle East have provided a ready market for technologies that can monitor Internet activities, Canada's new online surveillance legislation features provisions that appear to open the door to bringing such tools here.

In all, the investigation demonstrated how online surveillance has become a massive global industry that makes it easy for law enforcement agencies to implement surveillance capabilities.

Several Canadian companies, including B.C.-based Vineyard Networks, which specializes in Deep Packet Inspection of Internet traffic for lawful interception purposes, were included in the report. Yet more important than the Canadian surveillance industry is the potential market in Canada for surveillance technologies.

Most of the attention on the recent introduction of Internet surveillance legislation has focused on the mandatory disclosure of Internet and telephone subscriber information without court oversight. But just as troubling is the plan to create a massive new surveillance infrastructure within the Canadian Internet.

Bill C-30 requires Internet providers to acquire the ability to engage in multiple simultaneous interceptions and gives law enforcement the power to audit their surveillance capabilities. Should it take effect, the bill would create a new regulatory environment for Internet providers, requiring them to submit a report within months of the law taking effect describing their equipment and surveillance infrastructure.

Moreover, they would actively work with law enforcement to test their facilities for interception purposes and even provide the name of employees involved in interceptions to allow for possible RCMP background checks.

In addition to the surveillance requirements, the bill would also give the government the power to install its own equipment directly onto private Internet provider networks. Section 14(4) provides:

With ongoing doubts about the ability of Canadian Internet providers to pay the multi-million dollar costs associated with new surveillance equipment (and some speculation the government is prepared to provide tens of millions of dollars in assistance), the government may ultimately shift toward a model in which it buys the surveillance equipment and uses Section 14(4) to require the Internet providers to install it. If that is what the government has in mind, Bill C-30 will soon look like a giant Canadian "open for business" sign to Big Brother Inc.