Ed Fast, Canada's new Minister of International Trade, may not be household name, yet the B.C. minister is set to play a key role in one of Canada's top domestic priorities -- health care costs. The link between international trade and health care is not immediately obvious, but a proposed trade agreement between Canada and the European Union could have big implications for the costs of pharmaceutical drugs, on which Canadians spend $22 billion annually. 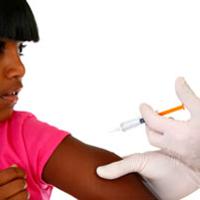 A Chance for Canada to Play Hero with Medicines

The E.U. is home to many of the world's big brand name pharmaceutical companies and one of their chief goals is to extend Canada's intellectual property rules to delay the availability of lower cost generic alternatives. Earlier this year, the Canadian Intellectual Property Council, an advocacy group within the Chamber of Commerce, released a report claiming that Canada lags behind other countries and encouraging the Canadian government to follow the European example by extending the term of pharmaceutical patents and "data exclusivity."

The CIPC (which counts several brand name pharmaceutical companies as members) claims the reforms would lead to increased pharmaceutical research and development in Canada. But last week University of Toronto law professor Edward Iacobucci released a study that thoroughly debunks the CIPC claims, predicting increased consumer costs and noting that there is little evidence the changes would increase employment or research spending.

The Iacobucci study, which received support from the Canadian Generic Pharmaceutical Association, is a must-read for Fast, trade negotiators and policy makers since it clarifies the likely costs associated with the EU demands.

How generics keep costs down

Iacobucci points out that competition from generic pharmaceuticals can have an enormous impact on consumer costs. For example, when generic alternatives to the cholesterol medication Lipitor appeared on the market in 2010, annual revenues for the drug dropped by $350 million. Given the billions spent on pharmaceuticals each year, rules that delay generic competitors can lead to huge additional costs.

Iacobucci also questions the premise that increased intellectual property protection for pharmaceuticals will invariably lead to job growth and increased research and development spending. On the employment front, he notes that the brand name and generic pharmaceutical companies are both big employers in Canada -- 15,000 employees for brand name and 10,000 for generics -- and policy changes might not yield any net new jobs.

Iacobucci challenges the notion that because intellectual protection is good, more protection must be better. The report notes that this is particularly true in the Canadian context, which is a small player in the global pharmaceutical market. Canada represents only 2.5 per cent of the world market, meaning that Canadian laws have little impact on international incentives to innovate.

In fact, Iacobucci reveals that previous Canadian attempts to use policy levers to generate increased pharmaceutical research have largely failed. In 1987, Canada began enacting a series of reforms with the promise from brand name pharmaceutical companies that their research and development budgets would equal at least 10 per cent of domestic sales. The government kept its end of the bargain with changes that delayed the entry of generic drugs by up to two years and granting eight years of data exclusivity. Yet despite the reforms, Canadian research and development spending has regularly failed to meet the ten percent target.

Those numbers help explain why Canada will face great pressure to favour brand name, predominantly foreign-based pharmaceutical companies. As Fast tallies the costs and benefits of further pharmaceutical reforms, the Iacobucci study confirms that there is little in it for Canada.