For those us following the election this spring, things started getting interesting on April 4th -- but not because of some profound statement from one of the candidates, or the release of a groundbreaking policy position, or even a political scandal. The election became noteworthy when 700 students at the University of Guelph organized a "Vote Mob," rallying students to vote this election. 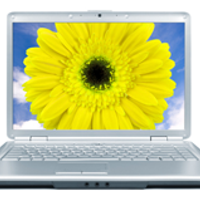 A vote mob is a variation of a flash mob -- a flash mob being a group of people who create a spectacle by suddenly assembling in a public place and partaking in some kind of collection action, like dancing. In the case of a vote mob, that collective action is raising awareness about pertinent issues and encouraging Canadians, especially young Canadians, to vote.

Look for many more vote mobs in the next couple of weeks.

Every election, we hear pundits talk repeatedly about the disaffected non-voting youth in Canada. This is part of a larger narrative of political disengagement that, combined with horse-race-style political coverage, acts as a self-fulfilling prophecy.

Vote mobs illustrate how, by using the web to tell their stories and draw attention to them, engaged citizens can poke a hole in the insulated, closed-loop discourse usually found in Big Media. When combined with good old-fashioned organizing, the Internet breaks top-down narratives and sparks widespread citizen engagement. On the open web, two people and a video camera can quickly become a movement if it snowballs online.

As Gracen Johnson & Yvonne Su, co-organizers of the Guelph Vote Mob, say, "We want political leaders to see this and to start acting like youth are going to show up at the polls. Can you imagine how the election discourse would change?" It is questions like this, and Vote Mobs popping up across the country, that hint at the ease of collective action in a social-media-equipped world. And that is what makes this election exciting. As Johnson and Su say about all the videos online, "they were all done with a digital camera and iMovie. You can do that easy-peasy."

Yet as things become more and more interesting, the future of the engine of this spontaneous social change, the Internet, is at risk. The infamous "Big Five" telecommunications companies in Canada form an insulated oligopoly whose anti-competitive practices have had a crippling effect on diversity and innovation.

Canada pays some of the highest prices in the industrialized world for Internet access, and that's because big telecom companies are taking steps to push us off the web and on to their controlled version of the Internet, IPTV. This systematic discrimination against the Internet puts pressure on our economy, our communities, and on the possibilities for innovative social change.

This is not just about consumer choice, it's also about self-determination and basic human dignity.

Our Internet, Our Future

Internet governance has come to a head in this country. Now is the time to take a stand on the future of the Internet and ask our politicians to do the same. Whoever is elected, whether they like or acknowledge it, will be responsible for restructuring our communications system. Let's support candidates who take a firm stand against Internet price-gouging and who are in favour of online choice, access, and innovation. You can see a list of pro-Internet candidates by clicking here.

The parties are beginning to respond to the public's calls. The Green Party got the ball rolling last week by actively encouraging their members to sign up as pro-Internet candidates. Jack Layton and many New Democrats quickly came out in favour of the open Internet. NDP candidates showed support by handing out flyers and wearing pins, and the party later introduced digital policy that calls for an end to usage-based billing.

Many Liberal candidates have committed to standing up for the Internet as well. Pressured by OpenMedia.ca during an online panel discussion, the Liberals made a commitment to prevent anti-competitive behaviour by separating Big Telecom's Internet service businesses (otherwise known as "functional separation"). A Conservative candidate, Sébastien Forté, even joined us at an OpenMedia.ca Digital Action Team meeting in Montreal.

Vote for the Internet

The Internet is the embodiment of democracy -- a level playing field where people can come together in order to articulate how and in which ways they want their worlds to change. The Digital Age has facilitated democratic engagement like never before and given the world's most disenfranchised a voice. It has allowed us to leverage the full power of the Internet to express our visions for the future. A threat to the Internet is a threat to a reinvigorated democracy.

If you agree that the Internet is at the heart of our economic, social, and political future, then we present a simple choice: Do we as Canadians embrace a more open, competitive, and affordable Internet marketplace, or do we continue to allow our future to be bound by the tightening grip of Big Telecom? Let's use this election as an opportunity to Vote for the Internet and transform our communications system into one that works for us, not Big Telecom.

In so doing, we can help make the election about issues and the public interest, rather than personality and empty slogans. Voting for the Internet is not just a vote for safeguarding the most powerful communications medium in history, it is also a vote for a more citizen-based, participatory democracy in Canada.

Visit votenet.ca to let your local candidates know you care about the future of the Internet in Canada.