Some of us have made New Year resolutions to exercise more, eat healthier, or spend more time with friends and family. While these are important personal goals, it may be the right time to also have a loftier collective resolution -- to drastically open up our media system in 2010. 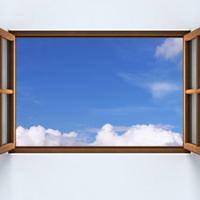 I've previously written about how the combination of big corporate media's self-mutilation and the increasing proliferation of the open Internet has created a historic opportunity to transform Canada's media system and our concept of citizenship, government and institutions in general. What I have been somewhat remiss in discussing to date is the third and most important factor leading to transformative change in media -- the open media movement.

The declining power of Big Media and the rise of open, unfettered communication does not guarantee a permanent transformation of our media system. Indeed, Big Media and Big Telecom could seize this moment of flux to re-establish themselves as the gatekeepers of digital communication.

For an example of how the old Big Phone and Cable gatekeepers are trying to regain control, just look at the struggle for open Internet (or "Net Neutrality") in Canada and elsewhere.

Luckily, the open media movement has become increasingly vibrant over the past year, and is well positioned to take advantage of this moment.

The burgeoning open media movement is really a constellation of interconnected yet distinct communities who are advancing open communication and defending our communication rights and values. These communities include those that have come together around open-source software, open data, open Internet, open web, open content, open education, open government and many more.

What brings all these thriving communities together is, of course, the value of "openness."

These communities are also bound by their dedication to the people's right to have open and accessible connections to each other -- the freedom to share. That's why when we drill down to the foundation of Big Telecom's push to control the open Internet, or Big Media's efforts to put digital locks on media technology, what we are really talking about is a war on sharing.

What's exciting about the open media movement is that it is both distinct and highly expansive. At first glance, open media is simply about the issues listed above with intrinsic values such as accessibility, choice, participation, diversity, openness and transparency. While these values intersect to create an essential nucleus for media innovation, they are only starting points. For example, access and choice, in addition to putting value in real choice for online content and Internet service providers, also touch on the need for media literacy, production programs and knowledge.

Closing the digital divide is about more than just providing access to the Internet. Having access to the Internet without the time and knowledge needed to fully utilize it is a half measure at best. Moreover, real choice is educated and informed choice. Without knowing about the range of options available online, one is likely to stick to the choices prescribed by Big Media.

Likewise, diversity and innovation are not simply abstract concepts. A media system that supports diversity and ground-up innovation includes support mechanisms for different ownership models -- independent, non-profit, campus, community and public media. The best way to support cultural creators, media workers, citizen producers and consumers is by developing an underpinning of diversity that we can tap into.

Try as they may to reestablish gatekeeper status, Big Media and Big Telecom face a movement that is different from those in the past. The push for open media comes from all backgrounds -- geographical, gender, race, class and political orientation. It is a movement based on popular will, values and principles. The diverse constituencies interested in open media make it hard to pigeonhole and marginalize those working on open media initiatives. In fact, any attempt to do so appears to vilify widely held legitimate grievances -- and it will likely anger people more than it will suppress the movement.

The best strategy for Big Media and Big Telecom is to keep quiet and hope people fail to realize what is going on before it's too late. Our task is simply to make crucial media developments known to our friends, family and communities. If people know about schemes that will limit our ability to openly communicate and share, they will get involved in the effort to push for open media.

It looks promising that 2010 will be the year when the open media movement coalesces. This year, the Mozilla Foundation will launch an initiative specifically focused on supporting and advancing the open web. Considering that over 300 million people -- one in every four web users -- use Mozilla's FireFox browser, it's exciting to hear that they plan to take a more active role in advancing the open web.

The open data community is also poised to reach new heights this year. 2009 saw the open data-focused Change Camp events in several cities across the country. Vancouver enacted an "Open Motion" and local governments in other places like Toronto and Calgary are now pursuing similar policies. Now that some social infrastructure exists and experiments such as VanTrash are underway, open data could prove explosive in 2010. After all, Tim Berners Lee, the inventor of the web, recently asserted that open data has the potential to fundamentally transform society on a level commensurate to the World Wide Web.

And let's not forget about the open Internet movement. In 2009, there were town hall events in four cities, over 12,000 comments sent to the CRTC, and both Liberal and NDP support along with a competitive broadband campaign that saw nearly 100,000 letters sent to parliament. This year we can expect the open Internet community to broaden its focus and push for a broadband plan for Canada and much else.

This is just the tip the iceberg. Mobile communication is also ready to go to the next level, and there is an unprecedented opportunity to rejuvenate independent and public media in Canada.

An open window for open media

Those who understand the importance of having open media should take this year to step up their efforts. We have a window of opportunity to re-imagine media right now. But that window will close if we don't quickly put the pillars of an open media system in place. Together, we can ensure that media at the end of 2010 will be more open than at the start.