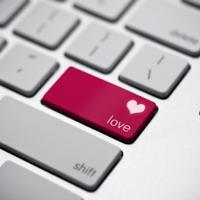 Williams and others are experiencing firsthand the effect porn has had not just on grown men who grew up without it and are now watching it, but on the young generation that grew up watching it. And the effect on that generation -- Generation Y -- is even more significant, especially given the dearth of real sex ed. According to an article in Details, "The awkward truth... is that 90 per cent of 8- to-16-year-olds have viewed pornography online. Considering the standard climax to even the most vanilla hard-core scene today, that means there is an entire generation of young people who think sex ends with a money shot to the face."

She says she was "extremely nervous" before and during the talk -- mostly because even though she'd told some friends about her idea, she worried other people wouldn't respond well. So she has been especially gratified by the response: and not by the media response so much as that of young people and their parents.

A number of "young people," have said and emailed reactions like, "Oh my God! I love it. That is absolutely what I've encountered myself."

"Parents were particularly struck by it, and a lot of them said to me that they'd forwarded the site to their 16-year-old daughter or 18-year-old son. I think they particularly welcomed the fact that they could forward the link on without needing to have the conversation themselves, which is precisely why I began the site."