We are living in the age of digitally enhanced dating and mating. 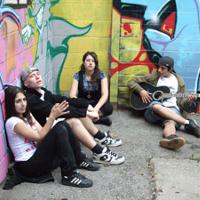 Getting a mate used to take a lot of time. First, you had to actually find possible suitors -- through work, hobbies, friends, family. Then you had to figure out when to call the person, and they would have to be sitting at home waiting for the phone to ring.

Much has clearly changed. "Palliatives" like personal ads, paid dating services, dirty videos and magazines used to be "generally understood to be the province of weirdos and losers." Now, of course, palliatives are the norm. Dating sites and Facebook are ubiquitous, as is text messaging. And these social technologies have "changed the nature of the game."

A new age of anxiety

Lang thinks they've made dating easier in some ways but have exacerbated the confusion and anxiety. In fact, what struck him most in the 800 pages of diary entries he read was the amount of anxiety.

There's the anxiety of too much choice, because someone can always be "doing something other than what one is presently doing, or being with someone other than the person one is with." And it leads to the paralyzing and "nagging urge to make each thing we do the single most satisfying thing we could possibly be doing at any moment." I feel the panic already.

There's the overwhelming anxiety about making the wrong choice.

"An inordinate number of diarists find themselves at the brink of enjoying one sexual experience, only to receive a phone call or text from another potential suitor. They become a slave to their compulsion and indecision." More than one diarist said they just didn't know who or what they wanted.

That means most people have someone on the back burner while they look for Mr. or Ms. Right, to avoid facing the terror of having no one. But while those late-night booty calls may be a temporary solace, they're also "confusing, destabilizing and exhausting."

It means people are constantly playing a high-stakes game. And while there are various complex ideas about what it takes to win, there is overwhelming agreement about how you lose: "By betraying a level of emotional enthusiasm unmatched by the other party. Everyone's afraid disarmament won't be mutual." Constant detachment is the rule.

And yet, there is the constant fear of loss. Life used to be a "linear sequence of relationships that began and ended," but now there's separation anxiety. With Facebook, you keep all of your friends, past and present, on a single page, which reminds us of their existence and makes "relationship recidivism irresistible to many."

The anthropology of the digital mating game is fascinating and complex and material for almost endless discussion (as witnessed by various comments sections).

But some people don't like complex and are wringing their hands. Kids these days! The sky is falling! Love is going to hell in a handbasket! The lightning rod critic is New York Times columnist David Brooks. As a result of this NY mag piece, he and many of his commenters are looking back through rose-colored bifocals to the days when men were men and many women weren't glad. And they want them back.

In his column this week, he says today's dating culture is like an "eBay auction," and that the interplay between technology and hook-ups is an interesting "roadblock in the country's social evolution."

Oh those kids. They're trading each other like cheap trinkets and preventing the U.S. from surging forward into the social future, um, whatever that is.

To start with, he blames the feminists. The pre-feminist era, apparently, was a time to forgo "immediate selfish interests and enmesh them with transcendent, spiritual meanings." Love was a "holy cause, an act of selfless commitment."

Luckily, there are more commenters calling for clarity than wringing their hands. Most say they must've missed that phase, even though they lived in it. One NYT commenter, Pauline, pointed out, "actually, in the pre-feminist era, the 'holy cause, and act of self-sacrifice' bit was the female's assigned role," and the men were unofficially allowed to shop around, just without text messaging and Twitter.

And anyway, as another, commenter pointed out, feminism is about the opposite of cheap and meaningless relationships -- it's about according to women the respect that is due to all human beings. Something that only makes relationships stronger, unless I missed Relationships 101.

Second, Brooks blames the loss of social handcuffs -- I mean social guardrails. "Once upon a time -- in what we might think of as the 'Happy Days' era -- courtship was governed by a set of guardrails. Potential partners generally met within the context of larger social institutions: neighborhoods, schools, workplaces and families. There were certain accepted social scripts. The purpose of these scripts -- dating, going steady, delaying sex -- was to guide young people on the path from short-term desire to long-term commitment."

Rock around the clock tonight

I have to say, I watched a lot of Happy Days, and never saw an episode like that. But in a recent episode of Mad Men, Betty asks her lawyer about divorcing Don (after he committed a variety of moral and actual crimes), and the lawyer says if she leaves him, he'll get the kids and all the money. People may have stayed together, but like Betty, it wasn't just because of social scripts. And they weren't necessarily the happier for it.

In fact, commenter Rachel Benjamin wrote, "As far as your 'Happy Days' era fantasy is concerned: my great-grandmother got married to an abusive man because she was pregnant with my maternal grandmother; both my grandmothers were married by the time they were 16, and no amount of 'community guidance' could have prepared either of them for the men they would find themselves permanently attached to after their husbands returned from service in World War II."

And even if some people were happier, not everyone was. Those social scripts didn't exactly support gay people, women, lovers from mixed backgrounds or different religions. They really just supported one demographic (Brooks' incidentally) at the expense of the others. Anyway, history sure isn't just full of people having pure, long-term relationships. There were one-night-stands and shotgun weddings long before cell phones.

And it wasn't just full of authentic, unguarded, easy interactions. One commenter posted the following excerpt from Vanity Fair: "Be cautions then, young ladies; be wary how you engage. Be shy of loving frankly; never tell all you feel, or (a better way still), feel very little. See the consequences of being prematurely honest and confiding, and mistrust yourselves and everybody. ... Never have any feelings which may make you uncomfortable or make any promises which you cannot at any required moment command and withdraw. That is the way to get on, and be respected, and have a virtuous character in Vanity Fair."

A digital place for poetry

Here's the thing. Romance is bound to bring up insecurities, anxieties and heartbreak, no matter how or when the game is played.

And sure, digitally enabled mating culture can mean certain new anxieties, like being paralyzed by too much choice. But everything has a cost. And in this case, there are far more benefits.

In the world of instant gratification, of an abundance of choice, commitment really means something. A second date is a big deal. As is picking someone, for however long it lasts. As is celebrating an anniversary. When friends tell me they're having a one-year or five-year or, gasp, 10-year anniversary, and that they're even happier now than when they first met, I feel intense joy.

And as for Brooks' last complaint, that "texting and the utilitarian mind-set are naturally corrosive toward poetry and imagination," I have to wonder if he's watching too many apocalyptic sci-fi movies.

I've never received such beautiful poetry as in texts and e-mails. And they're with me, on my cell phone, all of the time. They provide me with instant gratification and fuel my, and most other young people's, dreams of long-term love.