Anyone who’s spent time in the central branch of the Vancouver Public Library might twig to a few details in Ruth Ozeki’s new novel, The Book of Form and Emptiness. The story takes place partly in a large West Coast public library, where the saga of a teenage kid named Benny Oh and his mother Annabelle plays out.

They are deep in grief when we first meet them. Benny’s father Kenji, a jazz musician, was run over by a chicken truck after falling asleep in the middle of the road in a stoned-out state. And Benny, trembling on the edge of puberty, has started to hear voices coming from inanimate objects.

At first, it’s only the occasional bit of cranky lettuce and old yogurt talking to him, but soon just about everything is clamouring for attention, from the pavement to his classroom windows. Whether this is a reaction to loss, or the onset of mental illness is initially unclear. The only place the cacophony quiets down is the local library, where the voices are corralled between the pages of books.

It’s in the library that Benny also finds his people, a motley crew of characters including an aging Slovenian poet named Slavoj and a teenage girl who’s christened herself the “Aleph,” who has a non-binary pet ferret. These characters become Benny’s guides, mentors, and ultimately saviours.

But to compress this novel’s circuitous rambles is a fool’s errand. Suffice to say there’s a staggering heap of things crammed into the tale: crows, Jorge Luis Borges, climate change, the gender identity of ferrets, and the list goes on.

In a recent phone interview from her home in Northampton, Massachusetts, Ozeki, who also spends time on Cortes Island and has lived in Vancouver, readily admits there are similarities between her book’s imaginary library and the VPL. But she also drew on aspects of Rem Koolhaas’s design for the Seattle Public Library and San Francisco’s central branch.

Ozeki is quite familiar with the nooks and crannies of the Vancouver Public Library’s central branch. After finishing her previous novel, A Tale for the Time Being, she says she asked for a tour of the building, including the bindery, where the raw ingredients of books — paper, covers — were once assembled. 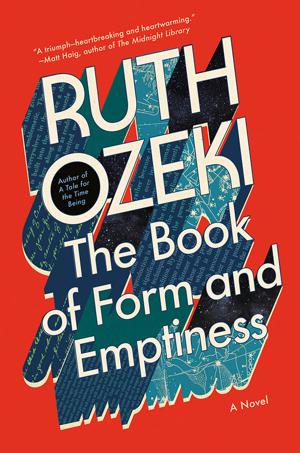 The place has since been dismantled, but at the time it was likely the only public bindery remaining in North America. The ancient machines with their arcane names and enormous sheets of paper are resurrected in Ozeki’s new novel with a sequence that recounts the true story of the ghostly Calypso music that wafted out late at night and scared the security guards.

It’s an irresistible detail that no writer could turn down. Ozeki says part of her approach to the book was to allow elements of chance to intercede in the action. If an interesting object showed up in her actual life, Ozeki included it in the story. Even something as ordinary as a fortune cookie, like a recent one that said: “The world is a beautiful book for those that read it.”

The intersection between the real and the fictive are common elements in most of Ozeki’s work, a quality she calls “reality adjacent.” In her previous novel, there was even a character named Ruth who lived on a Gulf Island. In The Book of Form and Emptiness, Ozeki is obliquely present in the form of a writer, endlessly typing away in one of the library carrels.

For a work that explores hoarding as a theme, The Book is itself crammed to the ceiling with ideas, circumnavigations, perambulations and the occasional Buddhist parable about the nature of impermanence. But amongst its more than 500 pages are rich veins of gleaming ideas that proffer a profound take on the importance of connection and the enduring nature of the child-parent bond.

The book was long in gestation, the idea coming almost a decade ago when Ozeki was sorting through her own parents’ stuff and started thinking about the curious relationship between people and things. Sentiment is only the beginning. We imbue objects with memory and personal history, freighting them with our lives as well as the people we love.

Anyone who’s ever tried to throw out their kid’s kindergarten art projects knows this. “Objects own us,” says Ozeki, explaining that her own mother kept everything, including her daughter’s old report cards and grade school papers. “My mom couldn’t let go of it.”

Ozeki believes that people’s extremely mixed reactions to stuff — hoarding and purging — are a reaction to the Anthropocene, this moment in history when human activity has shaped the future of the planet. If her earlier novels addressed things like genetic engineering (A Tale for the Time Being) or media (My Year of Meats), then The Book of Form and Emptiness is about climate change driven by unchecked consumerism.

It’s a problem so large it’s hard to grasp, which is why Ozeki thinks people gravitate to more immediate and personal issues like gender and race that are more localized and identifiable.

Of these more immediate things, class is one aspect that she feels that many people in the U.S. and Canada have failed to contend with. “Class is simply not being discussed in the U.S. There is such disparity, and it’s kind of invisible. So many problems are related to class and inequity that it distorts and torques social justice.”

In the book this takes the form of struggles that each of the characters have with different systems of authority. Any kind of non-conformity, non-compliance or economic instability — whether it’s Annabelle’s messy house, Benny hearing voices or the community of street people that the Aleph and her Slovenian poet friend belong to — and the authorities march in, armed with the dominant paradigm.

It’s an experience that Ozeki herself has faced in recent months, when she attempted to stop city authorities from chopping down a group of old cherry trees that lined her street. Even after she and a fellow Buddhist priest had the trees ordained in order to buy time for a public hearing, “The city came in with an army, blocking off both sides of the street, chopping down the trees while people were sitting in them. There were chainsaws mere inches away from peoples’ bare legs. It was horrific.” 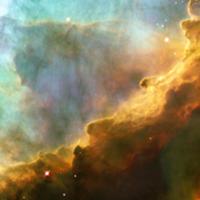 This kind of blunt exercise in power is given voice in the novel when Benny lays out the rapacious relationship between humans and the rest of the planet’s resources: “... a lowly serf class to be colonized, exploited and fashioned into something else, something that was more to your liking.”

It’s a point that is reiterated by the Aleph as she riles against what is truly crazy in the world. It’s not kids who hear voices, she says. “It’s capitalism that’s crazy. It’s neoliberalism, and materialism, and our... consumer culture that’s crazy.”

In the novel’s cathartic climax, when a climate protest spirals out of control and police violence breaks out, the only refuge is once more the library.

Given the scale and scope of the problems collected within the pages of Ozeki’s novel, what can books do to address them?

Perhaps only this, as Slavoj, the Slovenian poet, quoting Cherokee writer Thomas King, says: “Ze truth about stories is that is all we are.” Change the story, change the world.