Just reading the first page of this book was a shock: it’s a Dec. 31, 2019 note by Dr. Li Wenliang of Wuhan Central Hospital, posted online to a small group of colleagues and telling them about “7 confirmed cases of SARS” in his hospital’s emergency department. “Don’t spread the word, let family members and relatives take precautions.”

Within days, Li would be grilled by the local Public Security Bureau and forced to apologize for spreading “false rumours.” In five weeks, he would be dead of what we now call COVID-19. Maybe this is what a PTSD flashback is like: finding yourself suddenly back in the past, in a bad situation, and unable to change anything. And it’s worse now, because you know what’s going to happen.

Northrop Frye defines “irony” as a story in which we think we know the characters better than they know themselves. The characters may struggle to do what they think is right, but we can see their mistakes, foresee the consequences and try to understand their motives. We know Hamlet’s plans for revenge will end in tragedy, yet we watch the play again and again, trying to understand just where he went wrong, and what flaws in his character have doomed him.

So when we revisit early 2020 in this book, we can easily see where Donald Trump went wrong, and we can speculate on what the hell has made him such a failure as a human being. Unfortunately, we realize we ourselves are among the ironic characters in this story, and we too were making horrible mistakes. Then we have to look inward and wonder what the hell made us — whether ordinary citizens, officials, scientists or politicians — almost as failed as Trump himself.

Sternfeld divides the book into five long chapters: Arrival, from Dec. 31 to Jan. 30; Emergency, Jan. 31 to March 14; Lockdown, March 15 to April 19; Opening, April 20 to May 24; and Reckoning, May 25 to June 5. The real reckoning, of course, is still going on. It will likely last for decades as we assess the damage the pandemic has done.

But by last spring, the response in most countries was set. We have obsessively cycled and recycled through the middle stages: arrival/resurgence; emergency; lockdown; reopening. Case counts go up, communities lock down, open up again, and then see cases rise even higher. It’s as if we remember nothing from the last time. 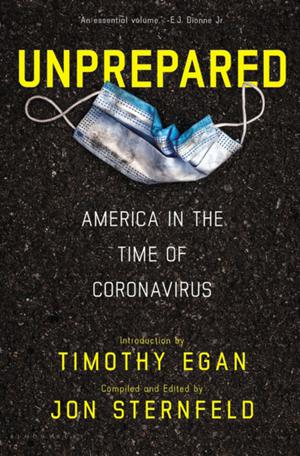 Certainly, most American politicians seem to have learned nothing. Trump and the Republicans were saying basically the same things last spring that they’re saying now. Trump, when we read his statements rather than hear them, seems worse than incoherent. In late February he offered Americans this word salad:

“We have it very much under control in this country... it’s a big situation going on throughout the world. And I can say, the United States, we’ve very much closed our doors in certain areas, in about certain areas, through certain areas. And we’ll see what happens. But we have the greatest doctors in the world. We have it very much under control. We accepted a few people — a small number of people. We have a — I mean, you know, we’ve had a great practice. We had 12 at one point. And now they’ve gotten very much better. Many of them are fully recovered.... I think President Xi is working very, very hard. I spoke to him. He’s working very hard. I think he’s doing a great job. It’s a big problem. But President Xi loves his country. He’s working very hard to solve the problem and he will solve the problem.”

Later, of course, Trump would find it expedient to criticize Xi for foisting the “China virus” on the world, and he hasn’t mentioned China’s relative success in controlling COVID-19 since then. But the Trumpists’ response has consistently been to praise themselves and blame others for the pandemic.

And this response has been regardless of the actual numbers of cases and deaths. On March 22, as the first lockdown began, the U.S. had just over 26,000 cases and 300 deaths. Nine months later, on Dec. 19, the New York Times reported “At least 2,628 new coronavirus deaths and 193,947 new cases.... Over the past week, there has been an average of 216,705 cases per day, an increase of 13 per cent from the average two weeks earlier.”

The situation is similar in most countries, including Canada: the numbers that scared us last spring would look encouraging now. Instead, the world approaches 80 million cases, the U.S. adds a million new cases every five or six days, and Canada has over half a million cases.

In the U.S. election, 75 million Americans voted for Trump, and he carried many states with the highest case counts and mortality rates. Millions think that Joe Biden stole the election — a nice stunt in the midst of a pandemic. What’s going on in their heads?

The Biden administration seems likely to be a cautious, centre-right government, despite the loss of over 300,000 American lives and the consistent opposition of the Republicans. What’s going on in the Democrats’ heads, when the need for strong and decisive action is obvious? 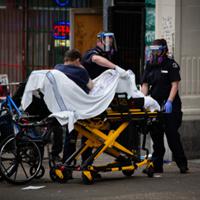 Hamlet at least took action against his uncle for his father’s murder. In this pandemic we seem trapped in a trance, either denying the pandemic altogether or stolidly wearing our masks when we go shopping. Almost no one seems to think the pandemic has deeper causes than the politicians’ slow responses — that it might actually be the predictable consequence of an unequal, systemically racist society, and a kind of psychological self-defence against the sheer numbers of sick and dead.

Unprepared is a useful booster shot against numbness, and worth reading to remind us all of how much — and how many — we’ve lost. It’s also a good way to sensitize ourselves to the dreadful rhetoric that both politicians and the media have wrapped the pandemic in, and to listen more carefully to the scientists.

Sternfeld’s unsettling scrapbook shows us how we drifted into this pandemic; it’s up to us to get a grip on our fuzzy thoughts, to identify the thoughts and motives of our politicians through their responses, and then to make them confront our shared complicity in maintaining a pandemic-prone society. Perhaps, out of sheer self-preservation, they might actually listen for once.