This book was first published last autumn. But it reads like a script for what has unfolded since the news of COVID-19 first emerged from Wuhan late in December. Dr. Steven Taylor is a professor in UBC's department of psychiatry, and in his book he studies the psychological impact of previous pandemics on both patients and populations. That impact is clearly being repeated, and will last far longer than the outbreak itself.

“Pandemics,” he writes in the introduction, “are events in which the population's psychological reactions to infection play an essential role in both the spreading and containment of the disease, and influence the extent to which widespread emotional distress and social disorder occur.”

That's a pretty good summary of the past six months, from most governments' initial dithering and denial to the “covidiots” ignoring social distancing — and pandemic anxiety may have even contributed to the Black Lives Matter protests.

When we're not watching in horror as young Americans swarm onto Florida and California beaches, and old ones crowd into Trump rallies, we dream about either getting back to the “normal” of 2019 or achieving some post-pandemic Utopia. Taylor finds close parallels in the social stresses of earlier pandemics, which means we should be prepared for more stresses to come.

Governments don't always handle stress well. Taylor observes that they “sometimes attempt to deny the presence of infection in an attempt to avoid the damaging effects that infectious outbreaks have on foreign trade and on public anxiety. Moscow, for example, denied the existence of bubonic plague in 1770, despite 4,000 deaths that year, in an attempt to maintain foreign trade.”

In this, governments reflect their populations: “At one end of the spectrum,” Taylor says, “some people frankly disregard or deny the risks, and fail to engage in recommended health behaviours such as vaccination, hygiene practices and social distancing. At the other end of the spectrum, many people react with intense anxiety or fear. A moderate level of fear or anxiety can motivate people to cope with health threats, but severe stress can be debilitating.” 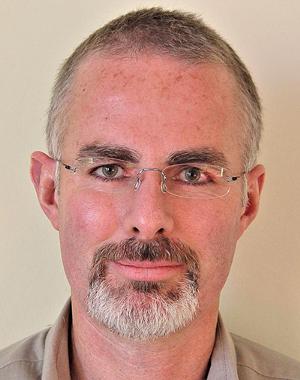 UBC psychiatrist Steven Taylor: ‘Despite the occurrence of prosocial acts,' he noted in his book last year, ‘riots have sometimes erupted during times of pandemic.'

We've seen wonderful examples of people going out of their way to support health-care workers or provide services to locked-down persons. But we've also seen the opposite: “Despite the occurrence of prosocial acts,” Taylor says, “riots have sometimes erupted during times of pandemic.... During the bubonic plague in 1587, for example, a doctor in Rome's principal hospital... opined that ‘Beyond all doubt, plague gives rise to fights among the populace, sedition and revolt.'”

Given the experience of previous outbreaks, Taylor predicts that “the psychological effects of the next pandemic will likely be more pronounced, more widespread, and longer-lasting than the purely somatic effects of infection.”

If so, it's going to be a very rough post-pandemic century. As with Ebola, Zika and other emerging diseases, “recovery” can be a problematic term. As Taylor warns in an April article in the Guardian, “The future implications of coronavirus are still uncertain. But based on what we know from previous outbreaks, we can predict that this pandemic will have profound psychological effects on the people living through it.”

Those effects could include PTSD, depression, anxiety, phobias and a permanent withdrawal to home and communicating online. They may be especially pronounced in health-care workers, which can only add to the difficulty of responding effectively to the pandemic and its aftermath.

The aftermath could well include serious neurological and neuropsychiatric damage. Just as Zika sometimes induces a kind of paralysis called Guillain-Barré Syndrome, SARS-CoV-2 can trigger not only GBS but also encephalopathies, encephalitis, strokes and acute disseminated encephalomyelitis — even in persons with mild symptoms of COVID-19. We will be tracking such cases, and finding new problems in survivors, for a long time.

Dr. Michael Ryan, a senior World Health Organization official, recently warned of yet another outcome: “This virus may become just another endemic virus in our communities, and this virus may never go away... I don't think anyone can predict when or if this disease will disappear.”

In that case, COVID-19 could become what polio was in the first half of the 20th century: an endemic threat, coming out of nowhere, killing and crippling people, and then vanishing again. Even a vaccine might not help, given some people's psychological reaction to the very idea of a vaccine. 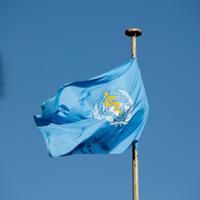 A recent Canadian poll found that almost two out of five Canadians said the pandemic has had a negative effect on their mental health — almost as many as reported harm to their finances. Problems with mental health and personal finances may become an endemic as COVID-19 itself.

Taylor concludes his book by visualizing the next pandemic, warning of “quack cures and folk remedies,” not to mention price gouging for personal protective equipment and pressure on emergency departments. He also says that pandemic planning by WHO and the U.S. Centers for Disease Control and Prevention (as of 2019) fails to meet three key needs: improving risk communication; improving health-promoting behaviours like hygiene, distancing and vaccination; and addressing mental health needs.

Events since January have proved him right. His short, prescient book should be read by everyone in health care, the media and government. And the more it's read by the general public, the better we'll all cope with a pandemic that could never go away.