Salmon: A Fish, the Earth and the History of Their Common Fate
By Mark Kurlansky
Patagonia (2020)

Mark Kurlansky, the New York author who penned a marvelous book on cod years ago, has written a new and exhaustive history of salmon. His well-illustrated book fills nearly 500 pages and is called Salmon: A Fish, the Earth and the History of Their Common Fate.

But, as this review will explain, it should really should be called The Fish Killers; The River Assassins; or The Forest Haters. For salmon really have only one mortal predator: humans who behave and think like industrial Europeans. This powerful tribe, which is now doing much to change climate and reduce diversity, worships technological progress and has no respect for the sacred.

Right off the top, Kurlansky argues that “if the salmon does not survive, there is little hope for the survival of the planet.” The great fish chronicler Roderick Haig-Brown tirelessly issued the same warning decades ago. The reason is simple. Salmon make a reliable barometer of global health because they live their lives in both fresh and ocean waters. They genetically appreciate and enrich biological connections we cannot see. If they fail, humans won’t be far behind them.

Salmon also do something heroic. During their final river journey to their birthplaces, they starve themselves. Even while changing shape and colour, they do not eat.

That sacrifice leaves nutrition in the river for their newborns. When the adults die after reproducing, they gift their remaining nutrients, harvested from years in the ocean, as food for the forest and its wild creatures. A salmon’s death guarantees greater life.

There can be no rainforest without salmon-filled rivers, and no salmon without river-filled forests. The movement of salmon represents one of the world’s great natural flows of energy.

Salmon are global elders, too. They became a distinct species about 100 million years ago. Fossilized bones as old as 50 million years have been found in B.C. lakebeds. At one time, notes Kurlansky, there was even a sabretooth salmon more than six feet long.

The Chinook Nation on the great Columbia River once traded this fine fish far and wide. The tyee trade even begat a special trade lingo, Chinook Jargon. Within this pared down vocabulary, tyee meant a chief or person of high standing. At one time the chinook boasted the greatest range of any salmon species in the Pacific and could be found in waters from California to Alaska.

Due to the cumulative impacts of logging, mining, hatcheries and damming on rivers, it is now the rarest.

Yet the energy and determination of salmon have survived volcanoes, mountain uplifts, floods, centuries of drought, dramatic lava eruptions and the movements of glacial ice. The Celts believed that a salmon gained more knowledge with each leap, and they were right about that. Kurlansky, who writes elegantly, likes salmon because they have “an unstoppable ability to adapt.”

Incredibly, “The difference in DNA between one person and another is far less than the variation between two salmon of the same species from different rivers,” writes the author. Thirty different stocks of sockeye swim the Fraser River and each possess distinct behaviours and spawning places. In many ways salmon shout out the importance of biological diversity.

In the past, salmon adapted to changing climates by straying. Not all salmon return to their birthplace with the energy of patriots. A few wander off and move into a new river and give birth to a new clan or tribe. These days, a lot of salmon are straying into Arctic rivers. As temperatures warm and oceans acidify, there is nowhere else to stray after that. 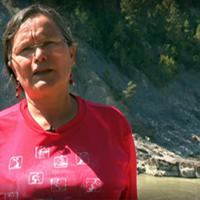 Before the industrial revolution (and that’s just 300 years ago), the Northern Hemisphere boasted hundreds of narrow, fast-moving rivers with forested banks. Salmon occupied them all. Before there was a Paris or a London, salmon swam in the Thames, the Seine, the Duro, the Elbe, the Vistula, the River Dee.

Coal-fired factories changed all that with their pollution, sewage and wool washings. Then came a dam-building craze to foster more progress. Scotland was one of the first places to sacrifice fish for electricity. As Kurlansky puts it, “England became a nation of well-lighted homes and dead rivers.”

European colonists exported this industrial mindset to the New World and soon the Connecticut, the Merrimack, the Penosbscot rivers were raped and looted of their riches. The colonists often eliminated the protectors of salmon too, such as the Beothuk, who even buried their dead with cured fish because they could not imagine an afterlife without salmon.

Next came the lumber barons whose brutal work destroyed salmon nesting places and entire watersheds. Then came “green dams, blue skies” religion that snuffed out salmon runs throughout the Pacific Northwest. Kurlansky has not written a happy book.

Yet his history, illustrated with luminous photos by the likes of Ian McAllister, Eiko Jones and Tavish Campbell, is full of insightful revelations. Lewis and Clark, for example, only recognized that they had crossed the Continental Divide when they started to find salmon in rivers flowing to the Pacific.

Kurlansky also has a few things to say about hatcheries, the great technological fix for declining stocks created by wholesale river destruction. At the time making more fish sounded like a good idea — “salmon without rivers” — but it hasn’t worked.

Hatchery fish just aren’t as fit as wild stocks. Hatcheries, however, do serve a political convenience: they give the impression we can battle the depletion of salmon stocks without doing the hard work of river restoration. They are, as fish biologist Jim Lichatowich writes, failed “technological substitutes for place.”

At the same time human-caused climate change has entered this confusing picture by warming waters. As Kurlansky notes, salmon navigate by reading ocean clues including temperature and salinity during various stages of their life cycle.

Yet climate change is changing both. Our warming climate is already changing the time salmon spend in rivers and at sea. Their growth rates are shrinking, too.

Charles Darwin laid out the specific problem now facing salmon and traditional cultures that respected this life-giving fish in his treatise on evolution, On the Origin of the Species.

The smaller a population shrinks, the more likely it is to fail and go kaput. In simple terms, diminished populations of salmon in Pacific Northwest rivers invite the spectre of extinction.

The situation is worse in the Atlantic where 1.5 million Atlantic salmon remain out of an original population that probably exceeded a billion. Because of interbreeding with escaped farmed fish, these survivors bear little genetic resemblance to their hardy ancestors.

Given such facts humans really don’t have much time left to make amends or save themselves for that matter. Kurlansky presents a familiar and wide-ranging list of actions needed to save salmon from oblivion. Most Tyee readers will be familiar with its contents.

Here I quibble with Kurlasnky’s analysis. None of these changes will make a difference without a change in cultural thinking. 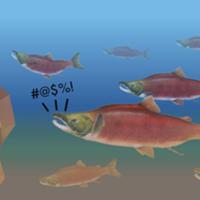 The Deadly Gauntlet Fraser Salmon Must Travel to Come Home

Pacific Coast First Nations and Japan’s Ainu regarded salmon as a gift that merited great respect. Moreover First Nations, unlike their European counterparts, intentionally restricted the use of fishing technology, a very rare behaviour in human societies. Over thousands of years, the First Nations learned from their mistakes (and they made many), and then they listened to the fish and the river. As a result, beliefs in the sacred presence of salmon combined with taboos against waste prevented over-exploitation.

It is noteworthy that Alexander Mackenzie, the first European to accomplish the east to west crossing of America, couldn’t get over how many rules First Nations had to not offend salmon. But the rules respected the complexity of life. Unless First Nations are allowed to reassert their control over salmon, the fish that still defines British Columbia will probably continue its slide to extinction. Only a people attached to place can care for fish that return home to die.

So that means dismantling the government management agencies overseeing the extinction of the salmon.

All in all, Kurlansky has written a book that will fill anyone living near a Pacific flowing river with equal parts wonder and rage.