[Editor’s note: Today we are pleased to excerpt investigative journalist John Zada’s new travelogue, 'In the Valleys of the Noble Beyond: In Search of the Sasquatch,' based on an expedition through the Great Bear Rainforest. See Zada with special guest Charlie Demers at Massy Books in Vancouver on Aug. 13, 7 p.m. All are welcome.]

Our expanding paleoanthropological knowledge tells us that modern humans coexisted with other hominins in prehistory. As recently as 30,000 years ago, Homo sapiens may have overlapped with as many as half a dozen other related species. Neanderthals and Denisovans are among the better-known examples. Might there remain an existing overlap between humans and an unclassified bipedal primate?

The possibility that a relict hominoid species might have survived in remote areas to this day bumps up against the feasibility that it could continue to avoid official detection in the modern world. Anyone who has expressed skepticism about Sasquatches has focused on this point — that it’s too far-fetched for them to have remained hidden in a world that has been fully mapped, explored and is now under the watchful eye of every technological gizmo.

But is it really that far-fetched?

An American professor of anatomy and anthropology at Idaho State University, Jeff Meldrum, in his book Sasquatch: Legend Meets Science, reminds us that new species not previously detected are still being regularly classified by science. The saola — a rare, forest-dwelling bovine — was first photographed in a remote mountainous region in Vietnam in 1999. The riwoche, a horse breed found in northeastern Tibet, was initially observed by non-locals in an equally far-flung region in 1995. The kipunji monkey of Tanzania, first seen by scientists in 2003 and considered Africa’s rarest monkey, was once believed to be a myth — a spirit animal of the Indigenous people of the country’s southern highlands. Those are just a few of the many, albeit smaller creatures that are “classified” every year. Perhaps because Bigfoots are said to be extraordinarily evasive, they haven’t been officially found yet. 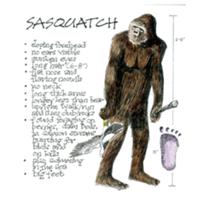 Holding Out for Bigfoot 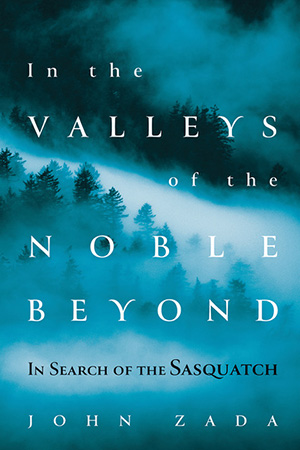 How far-fetched (or not) we deem the Sasquatch might also hinge on our perception of space. Bigfoots may be unbelievable to so many people simply because most of us are disconnected from the true depths and expanses of the Earth and its wild areas. We simply may not be able to conceive of Sasquatch habitat. Two-dimensional maps completely downplay the surface area that exists in three-dimensional terms, especially where mountains are concerned. Few, if any, seasoned travellers or explorers think the planet has been comprehensively probed. I find it is mostly those living in and around big cities, with little or no experience with or appreciation for remote, unpopulated areas, who most often declare, “But the world has been explored!” Their limited urban or suburban existence has deeply conditioned them to this view.

Modernity and technology have further eroded our ability to judge space. Cars, trains and planes make it possible for us to cover huge distances in very little time, rendering the spaces we travel through inconsequential by comparison. Whereas, for example, a medieval religious pilgrim from Morocco would have needed several months filled with hardships and ordeals to travel overland to Mecca on the Arabian Peninsula, today it takes only several uneventful hours to get there by plane (a form of teleportation by comparison). When you or I fleetingly fly over, or even drive through, a large wilderness area, we experience almost nothing of its real depths or dimensions, compared to someone who covers that distance on foot. Even hikers experience only the immediate environs of their narrow trajectory: a mere sliver of a massive expanse.

In March 2014, I was working as a TV news writer when Malaysia Airlines Flight 370 mysteriously disappeared off the radar shortly after takeoff from Kuala Lumpur. Several days after the tragedy, when neither the plane nor any of its wreckage was found, the newsroom, like much of the astonished world, was shocked and bewildered. “How could a commercial airliner simply vanish?” the newsmongers asked in the story meetings, as if Harry Houdini or aliens had a hand in it. But no one had conceived of the idea that the airliner had possibly, or probably, wound up in the middle of the Indian Ocean — an unfathomably massive chasm of water. Even when we learned later that indeed that was where the plane most likely had crashed, it still didn’t occur to anyone that maybe the plane had come down fully, or largely, intact — and thus couldn’t easily be found, especially if it sank underwater. Many of us know oceans only as bodies of water we leapfrog during airplane flights. Any sense of scale is conditioned out of us. 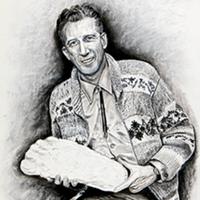 A similar conditioning occurs when we watch TV or a movie or read a children’s storybook that depicts someone moving through a forest. Fictional characters in forests are often shown travelling unimpeded along a more or less easily navigable trail or through wide-open spaces between trees. Our frequent exposure to these backdrops in the media makes them seem normal. Though some forests may look like that, the reality is that much backcountry wilderness is dense, overgrown and obstacle-littered, with little visibility and sometimes rent with cliffs, gorges, gullies and canyons. It’s hard for humans to travel through in the best of times. A friend who works on a remote stretch of British Columbia coast once tried to hike up a creek bed to a mountaintop. It took him eight hours to cover just one mile. He gave up and turned back. Many of the areas I have seen are no less impenetrable.

If the Sasquatch exists, perhaps the reason it hasn’t yet been discovered in the eyes of the establishment boils down to the creature’s reported determination to avoid people in those vast and difficult terrains to which it has adapted. Being a rare and mostly nocturnal animal would only make it that much more difficult to find.

Adapted with permission of the publisher from the book 'In the Valleys of the Noble Beyond: In Search of the Sasquatch' written by John Zada and published by Greystone Books in August 2019. Available wherever books are sold.