Karl Marx once wrote that “Philosophers have hitherto only interpreted the world in various ways; the point is to change it.” Among his unlikely students we might include Steve Bannon and the millions of American “deplorables” he rallied to the cause of Donald Trump.

As Trump’s 2016 campaign began to look threatening, the media treated Bannon as a sinister, unshaven slob out of nowhere who was pulling Trump’s strings while pumping propaganda through Breitbart online news. In fact, Bannon was just telling both Trump and his supporters what they wanted to hear: that they could change the world.

Joshua Green had spotted Bannon much earlier and spent months studying and interviewing him for a long article in Bloomberg Businessweek in 2015. That led to tracking Trump’s campaign for the Republican nomination and then for the presidency. He finished this book in mid-June.

Given the volatility of Trump’s White House team, Bannon himself may be sacked by the time this review appears. But Green makes a good case that Trump would never have won without Bannon’s guidance; he is clearly the chief ideologue of Trumpism.

As Green describes Bannon’s life, it looks like a classic American success story: born into a conservative blue-collar Catholic family in Virginia, he went to a Catholic military school. There he saw himself as working class, and learned “that western civilization had to be constantly and vigilantly defended against shadowy, shape-shifting enemies.... This fed a grandiose image of himself as someone galloping to defend not just a class but western civilization itself.”

Bannon’s education and career suggest a smart, adaptable guy who understands his environment; he graduated from Virginia Tech in 1976, joined the navy, and then enrolled at age 29 in Harvard Business School — where he effectively charmed his way into a job at Goldman Sachs. That led to a career as a producer of right-wing documentaries in Hollywood — and to a company that sold virtual items to players of World of Warcraft for real money. This, Green writes, gave Bannon “an early understanding of the size and strength of online communities,” especially “eager purveyors of racist, alt-right invective.”

Bannon’s first movie, based on a book about Ronald Reagan, won praise from right-wingers including Andrew Breitbart. Green calls him a “guru figure” for Bannon. Under Breitbart’s influence Bannon went even further to the right and became a “nationalist” opposed to globalism, free trade and immigration. He cranked out documentaries on illegal immigration, the Tea Party, and what had gone wrong on Wall Street. (Bannon blamed “liberal social policies for creating the culture of Wall Street permissiveness that ultimately led to the crash.”)

When Breitbart suddenly died of heart failure in 2012, Bannon took over his far-right news site as executive director. In this position he was ideally suited to form a link with Donald Trump, who Green writes had “intuited” a vast number of unhappy American voters. So had Bannon; together, they built a campaign that staged a coup against the Republicans and then overthrew Hillary Clinton. 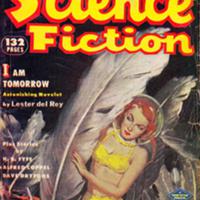 A Future No One Could Have Believed

As a campaign history, Green’s book will be studied by future historians wanting to understand the events of the fateful summer and fall of 2016. As analysis, it’s less satisfactory. Trump didn’t win just because of his intuition and Bannon’s grasp of online communications. Yes, the U.S. had millions of disgruntled citizens ready to believe in conspiracy theories and who mistrusted “elites” and the “lamestream” media. But how did they become so disgruntled, so paranoid?

In a recent long article in the Atlantic, Kurt Andersen tries to explain “How America Lost Its Mind.” He traces the immediate problem back to George W. Bush’s strategist Karl Rove, who in 2004 coined the term “reality-based community” as a term of disparagement. For Rove, simply asserting something made it so — especially if enough people believed the assertion. In effect, wishful thinking became a preferable alternative to reality.

Andersen argues that the roots of the problem lie in the 1960s, when “doing your own thing” included believing any damn fool idea you liked. Your beliefs were your private alternative facts. If reality didn’t support those facts, you’d create your alternative reality with the help of politicians who agreed with you, and online communities eager to welcome you.

Andersen makes a reasonable case, at least for those of us who try to remain reasonable, and it may also help explain why Canada hasn’t followed the U.S. very far into Andersen’s “Fantasyland”: we’re just not as individualistic as the Americans.

“Devil’s Bargain” is a well-written account, and it does help to explain the minds and motives of Steve Bannon and Donald Trump. But future historians will have to decide among many alternative realities to reach the truth.