By now, every municipal and regional government in North America should be compiling a large library of books and articles on wildfires — especially in communities, like most in B.C., with a substantial “wildland-urban interface.”

That’s where forests and housing come in contact with one another, and where a new kind of wildfire has evolved — explosive, violent, and capable of covering thousands of hectares before it can be controlled. Michael Kodas calls them “megafires,” and his book shows that such fires are essentially our own damn fault.

Kodas focuses on a handful of fires, mostly in Colorado and Arizona between 2012 and 2013. The 2013 Yarnell Hill megafire, just outside Prescott, Arizona, is the core of the book. Nineteen members of the Granite Hill Hotshots — highly trained specialists in the Prescott Fire Department — died in that fire. We get to know them and their families, which makes their deaths more moving and the aftermath more discouraging.

Within that structure, however, Kodas roams widely in time and space, from the Big Blowup of 1910, a major fire that shaped U.S. and Canadian forest fire policy for over a century, to the Fort McMurray “Beast” of 2016.

Some of what Kodas tells us is familiar to many students of woodland fire. The Americans were so shocked by the Big Blowup that they established a zero-tolerance “10 a.m.” policy for fire in the forests. If a fire is reported today, it must be extinguished by 10 a.m. tomorrow; if not, then by 10 a.m. the following day. Major publicity campaigns warned the public to be careful in the woods. (As Smokey the Bear used to say, “Only you can prevent forest fires.”) 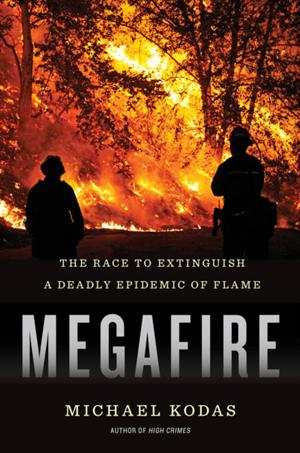 By the end of the Second World War, such policies were so successful that they literally fuelled today’s megafires. For centuries periodic small-scale fires had kept the forest understory clear of scrub and saplings without harming older trees. But forests now supported hundreds of trees per hectare where a few dozen had grown before — plus untold amounts of grass, weeds and woody shrubs. As Kodas puts it, forests have grown “thicker and sicker.”

Other factors made things worse. Kodas tells us that after the Second World War the U.S. government largely drove the suburbanization of the country to disperse the urban populations and industries threatened by a Soviet nuclear attack. Federal pork barrel contracts poured money into once-rural states, attracting migrants from big cities. A lot of those migrants wanted their own homes right on the edge of vast American forests, if not inside them. Kodas cites a 2013 study by the U.S Forest Service’s Rocky Mountain Research Station that estimates 32 per cent of all U.S. homes are on the wildland-urban interface.

Despite the fact that the government had made their dream homes possible, many of these new pioneers didn’t want the dad-gum government telling them to clear their properties of flammable materials. They didn’t want the nuisance of controlled fires filling their new communities with temporary smoke. They wanted to go into dry, hot woods with their rifles and pop away at exploding targets. They didn’t want to pay much if anything in taxes for local fire prevention.

And though Kodas doesn’t say so, they tended to vote repeatedly for senators and representatives who didn’t believe in global warming.

After 60 years of denying reality, Americans are still failing to draw logical conclusions about the megafires that keep burning them out of their homes. As a recent article observes, more than 90 per cent of the people who’ve lost their homes to wildfires want to rebuild, not move somewhere safer. And given the additional costs of being burned out and rebuilding, they sure don’t want to pay taxes for improved firefighting services.

Instead, they pay taxes for symptomatic relief in the form of fighting megafires. That 2013 report notes that the U.S. Forest Service spent an average of $580 million yearly on fire suppression from 1991 to 2000. Spending jumped to $1.2 billion from 2001 to 2010. States are spending an additional $1.6 billion.

Statistics strengthen an argument but often weaken our response to them. The higher the numbers, the more abstract they seem. So Kodas is wise to include the Granite Hill Hotshots as his tragic heroes.

We learn a lot about them, from young guys just starting out to their experienced leaders. They were smart, hard-working, highly motivated and amazingly fit. Unique among “hot shot” teams, they were part of Prescott’s city fire department. Because they could also fight fires in national parks, the federal government paid so much for their services that the city just about broke even on them, despite the costs of their training and equipment. 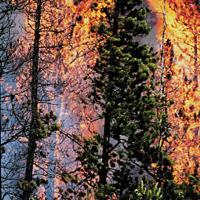 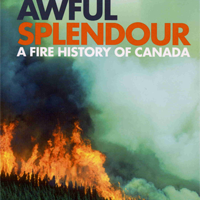 A breakdown in communications

But Yarnell Hill, like other megafires in the western U.S., exposed the weaknesses of the American firefighting system. Communications broke down as different fire departments, using different frequencies, were called in. Firefighters were reduced to texting their families — if that was even possible. Aircraft dumped retardants, to little effect.

For some reason, on June 30, 2013, 19 experienced Hotshots went into a brush-choked canyon just before it blew up. They covered themselves in foil tents, which delaminated. All died.

Michael Kodas uses Prescott and the 19 Hotshots to personalize a continental problem. Politically, economically and culturally, we are all sleepwalking into a firetrap.

We are dedicated to a mistaken, century-old fire-suppression policy. We have encouraged people to carve out homes in the wildland-urban interface, where they can commune with nature and then go shopping. We define our wellbeing by the resources we can extract and the wealth they bring us, while pumping ever more carbon dioxide into the atmosphere. The bigger the resulting fires, the more we invest in fighting them, creating lobbies for private-sector firefighters and companies flying planes that dump ineffective fire retardants.

And all this fire-suppression spending eats up budgets that could have gone to fire prevention.

Even more discouraging, we expect our firefighters to save us from our folly, if necessary at the cost of their lives. They are our Light Brigade, charging into one valley of death after another: Theirs not to reason why, theirs but to do or die, on behalf of people who won’t pay reasonable taxes and think climate change is a Chinese hoax.

It will take an enormous effort to make Americans and Canadians understand how seriously they’re harming themselves, whether in Southern California or Arizona or Fort McMurray. Firefighters themselves should spearhead that effort, and they will find this book essential to saving both themselves and the people they serve.