Before Ron Norman retired from the British Columbia public service and wrote a novel loosely based on that experience, part of his job was to help plan public appearances for then-Premier Gordon Campbell.

One of those visits was to a technology company that had made a new video game. "We said to the Premier's staff, 'We think this would be a really good thing. He could go and play this video game.' And the first question that came out of the staff member's mouth was, 'Will he win?'"

Norman said he hadn't considered that question, but surely nobody would expect the Premier who had never played the game before to be able to beat the person who developed the game. The Premier's staff didn't think the public would be so forgiving.

"No, they didn't want to do it, but we'd come back and laugh about it," Norman said.

In the office, a colleague started a white board where they'd make one-word notes to remind themselves of funny moments like that, he said. "That white board filled up pretty fast."

The incident isn't included in Norman's first novel, Slouching Towards Innocence, but many others are that will feel familiar to watchers of B.C. politics. There is, for instance, an episode where a tone-deaf cabinet minister is bent on ejecting war veterans from their clubhouse.

Said Norman, "You do get ministers who just don't get it. Sometimes that happens, right?"

And there's great detail about the budget estimates debate, including instructions that notes to ministers must be passed under an aide's left arm. "People take themselves a little too seriously," he said.

The book should not, however, be read as a thinly veiled fictionalization of true events, Norman warned. Nor should people assume the characters are based on real people.

For example, on the second page we meet the novel's premier, Steven Davis, having sex with someone who isn't his wife. It's election night and he'll soon be giving a victory speech with his children at his side, as well as the woman he is married to.

"That was totally fiction," Norman said.

While he never saw anything like that, such tension exists in political and government circles, he said. "There's a definite power, sex, excitement. Power's an aphrodisiac kind of thing, so I think there is that."

That tension extends to competition among the politicians and staff on things like style. "I took that and tweaked it up a notch," he said. "I don't know if anyone had expensive shoes, but I made them have expensive shoes in the story."

Norman said the premier in his novel is definitely not Campbell, and in fact he had more of a Ralph Klein type figure in mind.

While Campbell was interested in public policy, the novel's Premier Davis is not. "He's all about style," Norman said. "This is not a male Christy Clark, but more along those lines. You see that when he responds to stuff all the way through. You never see him deal with policy stuff."

Nor is Norman's main character, Malcolm, based on himself. By the time Norman arrived in Victoria, he was in his late 40s, he'd had kids, worked on a newspaper and been a school trustee. Even with that life experience, it was a bewildering place. "It was an eye-opener in how it all worked," he said. "When I got to Victoria it was like being in a foreign country and speaking a foreign language."

There were tough decisions to make while managing competing pressures from the political and bureaucratic sides of the government, he said. Working on the novel, he wondered what the job would be like for someone in their 20s, fresh out of school, as many of the people who take political jobs are.

"On the political side, I was surprised at how young the staff is," Norman said. "By the time you're 35 or 40, you don't want to take time to work for government if it might be [just] a term." Instead, he said, the jobs get filled by young people who view the opportunity almost like an apprenticeship.

"I think a lot of them still don't know completely what they're going to be doing with their life," he said. Some are true to themselves while others are not, which would be true in all walks of life, he added. "I thought that was a universal thing that people struggle with."

The book includes a press gallery that has two senior members resented for their offices separate from the rest of the media in a red brick building behind the Legislature. The arrangement is similar to the current one for the Vancouver Sun's Vaughn Palmer and Global TV's Keith Baldrey.

Norman said that while he kept the positions, which exist beyond the people currently in them, the people in them are his creations. "I tried to fill them, like I did with the political staff, with fictional people," he said. In the book, the Sun columnist is a woman.

The reporters in the book are generally a step or two behind the politicians and their staff members, and they are drawn as having their own impure motivations, desperate for a scoop or willing to exchange favourable coverage for ongoing news tips. 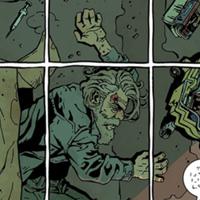 "I often found the media thought they knew what was going on, but it was like the tip of the iceberg," said Norman. "They think they're seeing it because it's in the Legislature, but the Legislature is only a portion of what goes on."

Without being at the table to hear the conversation that goes into decisions, it's difficult to tell at times why things happen the way they do, he said. "You almost have to work in government to see how it works."

In the end, readers of the novel will get a feel for how government works from someone who has been there. "Once you're in the system you get pretty familiar with it. It becomes pretty routine," said Norman. "So I was thinking maybe other people might be interested in seeing where the Legislature is, how it smells, what it feels like, how the thing works, the dynamics between the media, the politicians and the electorate."

A launch for the book will be held 7 p.m., Nov. 6 at Bolen Books in the Hillside Mall in Victoria.