A widely circulated story about some nameless Austrian teenager’s lawsuit against her parents for posting 18 years worth of embarrassing photos on social media captured the attention of dozens of news outlets last month, because it told us what the young web editors on these papers want to hear — that the Age of Narcissism is coming to a close.

“They knew no shame and no limits,” she reportedly told Austria’s Heute newspaper, or maybe it was Die ganze Woche magazine, accounts vary. But there’s no denying our teen’s outrage over her parents’ predilection for posting her images on Facebook.

“They didn’t care if I was sitting on the toilet or lying naked in the cot, every moment was photographed and made public.”

I feel her pain. I didn’t see her photos, of course, despite the many outlets telling us it happened. But I did see plenty of comparable ones, and I take the point of the story. Until Facebook allowed us to hide the most obnoxious posts, I saw many a sight in my feed that had me screaming, “TMI! TMI!”

Of course, everyone wants to blame Millennials (born 1981 to 1996) for what I dubbed the Age of Narcissism some 25 years ago. But it’s telling that the nameless teen with the shameless parents, real or not, would be 18 years old. That would make her parents either late-stage Baby Boomers (born 1946 to 1964) or early GenXers (born 1965 to 1980).

Whenever people begin ranting about Millennials, I point to the Boomers and GenXers who raised them. I think it’s time that we acknowledge the contributions of those two generations to the current wave of over-sharing all over social media. Those people started it with their daytime TV talk shows, in which willing victims confessed their most intimate secrets before a live studio audience. Phil Donahue launched his show in 1967; Oprah Winfrey premiered in 1986.

Then there was what might be called the mass media shame parade. Tabloid magazines, Geraldo Rivera, Survivor, The Real Housewives, the Kardashians…. Oh, it’s a long list. None of which can be blamed on people born after 1981, who are just now beginning to get their hands on the influential jobs.

When people mutter (on Facebook) about their progeny shooting endless selfies for Instagram, I’m always tempted to say that the apple does not fall far from the tree. (Why are you publishing complaints about your children on Facebook? Why?)

Which could be why I feel a growing kinship with that as-yet-unlabelled fourth generation. I think I’ve finally found what should have been my cohort. I’ve been cursing the likes of Oprah all my adult life, and enduring people calling me “Victorian” when I cringe over their tendency to supply the personal details generally known as too much information.

But I’ve noticed (with approval!) a growing resistance to TMI among the late stage Millennials. They’re the ones behind the boom in direct messaging apps, like Snapchat, which might be called private social media, since it allows users to be social among friends without being exposed to the wider world.

Young users gravitated to Snapchat the minute it arrived in 2011, partly because it offered the promise of sexting sans shame — you can set a timer on the photos that causes them to go poof seconds after they’re opened. In theory, that prevents anyone sharing the photo. Of course a screenshot will foil that scheme, but by the time they figured that out, they were hooked.

Snapchat is fun — an unusually warm and human tech tool. Unlike Instagram, on which users pretend to be supermodels living lives in a magazine shoot, the snaps of Snapchat are spontaneous and often goofy. They are meant to communicate in the moment, not record your life for posterity or add to your creepy personal branding project.

It has growing competition from other private messaging apps like Slack, which began in 2013 as a platform for companies to keep in touch with remote workers. Since then, it has evolved into a place where people can organize around professional interests, hobbies, or even just a social circle.

Gimlet Media, the podcasting company, launched a Slack channel for their most devoted fans who want to interact with the cast and crew of their shows. Getting to know your fellow podcast addicts is one of the perks of their $5-a-month membership.

These private social media apps are the antithesis of what attracted previous generations to self-publishing online. For people born between 1945 and 1996, mass media led to a bizarre obsession with becoming famous, which made blogging and micro-blogging in public almost irresistible.

David Bowie warned of fame’s hazards in 1975, but movies and TV shows like Fame (1982) celebrated it. People, launched in 1974, was a whole magazine combining celebs and ordinary people who were willing to expose their bizarre personal lives for a shot at being part of the world of fame.

Somewhere around 1967, Andy Warhol quipped that in the future, everyone would be famous for 15 minutes. He wasn’t wrong. Everyone remembered that comment in the early 2000s, when reality TV debuted. Or as I call it, humiliation TV. I asked a number of psychologists why they thought it was so popular. Most suggested that fans enjoyed a delightful feeling of superiority as they watched others being humiliated in exchange for that fame everyone wanted. It was similar to the way previous generations had enjoyed watching circus geeks humiliating themselves by biting the heads off chickens: sure, they were in show business, but at what price?

But today’s kids, who grew up with Wi-Fi and camera phones, not to mention Honey Boo Boo and Kim Kardashian, are getting a much different message than their predecessors about the downside of fame.

In 2014, actress Kristen Bell and her husband Dax Shepard organized a campaign among celebrities to persuade paparazzi to stop stalking their children. And last spring, comedian Amy Schumer went to town on a fan who accosted the star on the street demanding to take a selfie with her. She Instagrammed him and expressed her outrage to her millions of followers. 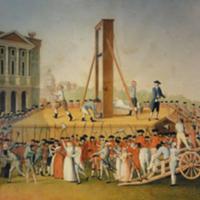 It’s not that the fame-chasers haven’t always acknowledged that there’s a dark side to being a celeb. In a 1979

“People see me in my ‘girl singer suit’ and think I’m famous and act like fools. It’s very dehumanizing,” she told the paper.

But until social media was added to TV, magazines, newspapers, film and radio, I don’t think the dehumanizing side of fame really sunk in with most people — it turns you into a commodity. And now it makes you a cheap commodity. In another era, there was some connection between fame and wealth. That is no longer true.

In a time where anyone can be famous, celebrity is losing its cachet — and its value. As an article on “influencers” revealed last year, it is quite possible to be Internet famous as a vlogger, with tens of thousands of YouTube subscribers and Instagram followers, and make nary a cent from the infamy.

So now people are giving up their dignity and their privacy for what, exactly? Perhaps to become victims of trolls, as Jon Ronson’s book So You’ve Been Publicly Shamed discusses? Or maybe to hand over their personal data to Facebook?

Either way, it’s clear that the 20th century’s mass-media driven obsession with putting yourself on display is coming to close. The Victorian side of my nature would like to believe that is because people suddenly woke up and realized it’s tacky! (I live in hope.) At the very least I want to believe that the first truly digital generation is savvier than its predecessors. That, perhaps, an entire life lived online has made them smarter, faster and wise beyond their years.

But it may just be as simple as rare things always being more desirable and fashionable. When anyone and everyone gets to be famous all the time, perhaps privacy is the new black?