It’s been a bad summer for big movies.

This was acid-clear early on with an unending parade of sequels that nobody wanted, and nobody was much interested in. Summer blockbusters sashayed onto the big screen, swollen with trailers, featurettes, blarney, blah blah, and hyper hype, and then slunk away a few weeks later, their sad little tails tucked between their legs. Hello, Tarzan. Goodbye Tarzan. X-Men: Apocalypse? No. And still more… Warcraft, The Huntsman: Winter’s War, Alice Through the Looking Glass, Independence Day: Resurgence, Star Trek Beyond, Jason Bourne—the surfeit of films with colons in their titles should tell you something.

Suicide Squad suffered the most precipitous decline, with its numbers dropping off a cliff, but other tent poles collapsed in similar fashion. Even the classy films, for the oldies, were less than thrilling. In light of which, I would officially like to announce my plans to end Meryl Streep. I have pinpointed the place where I went from tolerating Streep to plotting her demise. It fell somewhere between Mamma Mia and It’s Complicated. She has even made me feel badly about people that I used to love (Oh, my sweet Julia Child) and for that I curse her. (Howls “STREEEEEEP!” and shakes fist at the sky.)

Streep has honked and tootled through a long line of Mother Goose characterizations from Maggie Thatcher to Emmeline Pankhurst. She adds yet another in the robust figure of one Florence Foster Jenkins. The lady in question had the dubious distinction of being named the worst singer in the world. Alas the poor dear came to fame before the age of lip-syncing or Auto-Tune. The few recordings of her still in existence will make your ears bleed, and neighbourhood dogs run in the opposite direction, yipping like they’ve been scalded. The actress takes to the delusional singer con brio, as they say. The result is like being fed too much screaming cake.

And there was even more bad news including Bad Moms and Nine Lives, wherein Kevin Spacey is transmogrified into a naughty pussycat. Could it possibly get any worse? Why yes, it can!

Here at the tail end of the season, we have reached a particularly low point, with what is being called the hit of the summer. If by that, they mean a mafia hit, then maybe. I offer you: Sausage Party. In my defense, I wasn’t planning on seeing the film. I was just in the wrong place at the wrong time. The reviews have mostly been kind, and even generous. All I can say to this is what the hell were you thinking, A.O. Scott? I think I add you to my hit list as well.

The premise of Sausage Party is that all food is sentient and, feeding into the Pixar model, full of feelings. In this case, the feelings are mostly horny, angry and nasty – a variation of the Hobbesian ethos. The film, penned by Vancouver’s Seth Rogen and writing partner Evan Goldberg, who were also responsible for Superbad and The Interview, tell the travails of a wiener named Frank (Rogen) and his ladylove, a hotdog bun named Brenda (Kristen Wiig). The film assembles an impressive array of talent to give life to the various foodstuffs including Edward Norton, Salma Hayek, James Franco, Michael Cera, Jonah Hill and Paul Rudd.

Every day inside a supermarket called Shopwells, hopeful jars of mayonnaise, bottles of ketchup and packages of wieners greet the morning with a hymn to the glory and goodness of the gods. The ‘gods’ are ordinary human shoppers and the community of food lives out its short shelf life in hopes of being plucked from the aisles and delivered to “The Great Beyond” by these noble creatures. The catch, of course, is that The Great Beyond is a nice bit of mythology cooked up by a group of elderly foods (the non-perishables) to blind the common food to the truth. I am sure you can easily extrapolate from there, opiate of the masses, blah blah, blah. But as Werner Herzog once said: “I believe the common denominator of the universe is not harmony, but chaos, hostility, and murder.” So it is in Sausage Party. Add in hunger, since that is where we start. Humans aren’t gods, they’re monsters, filled with endless appetite and inventive methodologies to dismember, eviscerate and disembowel innocent wieners.

When Frank learns the truth from a suicidal jar of honey mustard, he sets out on a quest to save his fellow foodstuffs and be reunited, most intimately, with his love.

The film posits an interesting, albeit ridiculous, thesis and initially one’s hopes perk up like a shy forest creature. Multiple ideas, such as animal liberation, a critique of organized religion, even an allegory of Plato’s cave are sketched out. To be fair, there are hints of an interesting perspective shift, and at the heart of it all, a curious darkness. Life is random, meaningless and often unbearably cruel. But the writing never really develops much further than the laziest of tropes. Swearing, sex and bad puns are slathered on like a thick coating of Miracle Whip to bind it all together.

The film’s most notorious scene, in which all the food happily participates in polyamorous orgy, is cheerful enough, and strangely inoffensive. Watching a Jewish bagel have sex with an Arab lavash, mostly all I felt was bemused. In a meaningless universe, might as well get it on, foodies! I am sure the Epicureans are happily applauding from The Great Beyond. Curiously enough, the foodstuff does not seem to actually possess sex organs, although they do have nice white gloves and saddle shoes. Where is the wiener’s wiener, you may well ask? These and more vexing questions are not the source of my problem with the film.

Sausage Party is loud, dumb, cheaply animated and written at a Grade 9 level – all that is to be expected. Even the more salacious aspects aren’t that troubling.

But before we get to the cathartic power of sex, we are forced to endure racist bullshit of staggering proportions. Chinese food wears woven bamboo hats and has slanted eyes. A First Nations character is given the name Firewater. Grits, played by Craig Robinson, is given an exaggerated Samuel “Mofo” Jackson accent. (This was supposedly changed from the original character based on Uncle Tom’s Rice, whose plantation-era drawl proved so offensive that it was replaced by a slightly less offensive stereotype.) Twinkies are gay, but so is every other fruit in a grocery aisle that worships George Michael. It just goes on and on.

This a film that celebrates the puerile and scatological like twin covenants. Humans, with their endless appetites, and even grosser emissions — a toilet roll and a used condom scream in agony at what they have witnessed — are monstrous. Perhaps this is meant to be a critique of the food industry, but it reads more like laziness, juvenilia and plain old white boy privilege. It is hard to enjoy stupid jokes when they’re coated, nay, soaked, in such appalling casual racism. The rather thin rebuttal is that the film is universally offensive to everyone, but it was written, directed and produced by white men, as per usual. Barf!

Is this what we’ve come to? If so, let’s link arms and step off the abyss as a species.

But wait, you say, the movies aren’t done yet, there’s still some life, some thought, and surely some good news? Right? Yes, certainly, although it came from unexpected directions. Korea, for example, with Train to Busan being one of the more fast and furious rides this summer. There were plenty of smaller films that were great such as The Fits, Captain Fantastic and, as always, lots of documentaries. In Vancouver, the celebration of B&W movies at Vancity and the return of Film Noir at the Cinematheque are reasons for gladness.

But the real hit of the summer wasn’t on the big screen, but on a computer screen. Netflix’s Stranger Things reminded me of reading Stephen King novels, whilst sucking down a grape Slurpee and watching The Goonies—all simultaneously. For anyone who came of age in the ‘80s, the experience was a little like a spontaneous cheese-filled orgasm of references right down to the John Carpenter-inspired score. (If you want to see what a cheese-filled orgasm looks like, you can always watch Sausage Party.) 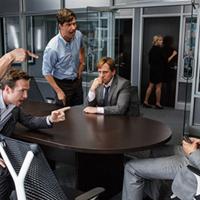 The Year Hollywood Questioned Its Faith

Sure, Stranger Things was silly as hell, but so what? Its cornpone heart was in the right place. Its wealth of references, direct quotations and outright homage reminded me of the most pleasurable aspects of these ’80s films and books, a quality that, for lack of a better word, I would call cozy.

Nostalgia plays a role here, but the experience harkened back to something else that I had almost forgotten — namely, the satisfaction that comes from bringing different sets of characters together in a shared resolution. Add in a truly inspiring lead at the centre of the action, a swell soundtrack and a glorious compendium of ‘80s typefaces and you have a hit.

But the most surprising element in Stranger Things was a curious form of innocence. Like cool water, it flowed over me, soothing, peaceful and joyful. Innocence may seem odd for a series that is so patently obvious about its methodologies and outright manipulations. The Duffer Brothers, as twins Matt and Ross Duffer are known, play the Spielbergian emotional strings with abandon. But, damn it! The stuff still works, maybe because at the heart of it, there is love. It comes shining through, like a beacon of light, and it this quality that draws your attention.

I still want to love summer movies, not to be faintly disgusted, or bored, or oftentimes both. This isn’t snobbery, this is pain speaking. It is hard to not feel somewhat despairing about mainstream film—degraded and dumbed down to such a point that you feel sullied whenever you step inside a goddamn Cineplex.

Perhaps one should only write about things that you like or want to help. It’s a nice sentiment, and no one ever enters a movie theatre hoping for 90 minutes of torture. You usually head in like you would on a first date, vaguely hopeful, somewhat excited, and just wanting to have some small modicum of pleasure. It doesn’t seem like that much of a demand. But increasingly, it is.

The other night as I was getting ready for bed, Mad Max came on Channel 68. I sat down, watched it and cried. It was so lovely.