When Los Angeles based artist Shing Yin Khor was growing up, she never saw people that looked like her in comic books. Now she is one of an increasing number of women who are taking it upon themselves to change the comic world. 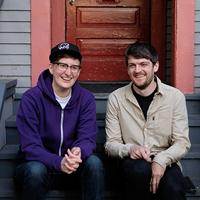 Representation of diverse characters is notoriously lacking in mainstream comics -- recent attempts to improve representation with a female Thor were met with anti-feminist outrage by some male fans. Women, people of colour and LGBTQ people are among the least represented characters and authors of comic books.

"In terms of mainstream comics the diversity's still kind of awful, but we've built our own little playground and we're doing great in it," Khor explained.

Tim Hanley, a comic book historian and self-proclaimed women-in-comics stats nerd found that in February 2014 only 13.8 per cent of credits in DC comic books and 12 per cent in Marvel were female. Data journalism site Five Thirty Eight crunched the numbers on women in comics and found that females account for 31.1 per cent of the most frequently appearing characters in Marvel comics, and 29 per cent at DC. Of course, female characters are often relegated to supporting roles and hyper-sexualized, which many like the Hawkeye Initiative lampoon by drawing male superheroes in the same fashion.

The Tyee recently caught up with some of the women producing unique comics at the Vancouver Comic Arts Festival about colour, queerness and the characters and worlds that they create.

Shing Yin Khor is a self-described immigrant, bisexual, Malaysian-Chinese American woman. The sculptor and illustrator runs her own micropress, Sawdust Press, and said her work meets at the intersection of autobiography, race, feminism and sexuality.

She started drawing comics when she was 13, posting on LiveJournal, and began attending comic arts shows six years ago.

Her primary comic is the Center for Otherworld Science, which centres on three hazmat-suited women who work at a cryptozoology institute. Dr. Maggie Ng (Mags) is an evolutionary biologist who works with unusual species. Danika Jones (Dani) is an engineer who knows the building better than anyone else, and Jennifer Kim (Jen) is a project manager with an activist streak and doctorate in Medieval literature.

While Khor includes diverse characters in her stories, that is not the sole focus of her work. "I like writing stories that happen to feature queer characters of colour without being particularly blatant about it, like they're stories that they happen to exist in."

She added that she has been getting more in touch with her immigrant heritage, which is having a greater influence on her work.

"I don't really spend a lot of time going, 'These are immigrant comics!' but you know people still find that in it, and that's very heartening to me," she said.

"There just aren't enough women of colour comics. I mean, we're there, but it hasn't really reached the point where our stories are allowed to stand alone rather than kind of being a representative voice," she explained.

"We're just hoping that the diversity of creators continues to increase. Basically, we don't want to be unique anymore."

Blue Delliquanti has illustrated horror and erotica comics, as well as non-fiction comics for journalists and war correspondents, but her favourite genre is science fiction. Her graphic novel O Human Star was one of the winners of the 2012 Prism Comics Queer Press Grant.

The artist and illustrator from Minneapolis describes her comic as "optimistic science fiction" that focuses on an inventor and his unconventional robot family.

It was when she stepped into her local comic book store at age 12 that Blue decided she wanted to make comic books instead of becoming a cartoonist. "I was just like, oh no I want to do this instead, because I can do it all by myself," she said.

She said the internet and shows like the Vancouver Comic Arts Festival are to thank for increasing representation in indie comics.

"It's much easier to get in the door and find yourself with people who really enjoy your stuff. So at shows like this, equal representation is rarely thought of, it's just so automatic," she said.

Blue likes to include LGBTQ characters in her work and said it has helped her in figuring out her own identity.

"I wish I'd come across that years ago, or when I was a kid, being able to realize there were other ways to live and other kinds of people in the world," she said.

Joamette Gil is a queer, Afrocuban illustrator and cartoonist studying illustration at the Pacific Northwest College of Art in Portland. She likes to draw women of colour and queer characters and is interested in themes of race and poverty, injustice and collective liberation.

She got involved in comics as a way to communicate with people outside her world. "A drawing is a universal language. Images are so universal, so they can communicate to anyone of any background whatsoever."

"Generally, it's not very good. Lots of white male characters across the board, and then when you do have characters of colour, even just white women characters, they're not always very complex or they're based on a middle-aged white man writer's idea of what that person should be like," she explained.

Gil likes to create unique characters from groups that are often underrepresented in the media.

When Kathleen Jacques is not making comics she is working as a graphic artist. She is behind Band vs. Band, a queer, femme comic inspired by retro cartoons that focuses on rival girl-fronted rock bands. It is also finalist for this year's Lambda Literary Awards in the LGBT Graphic Novels category.

Jacques started drawing Band vs. Band in 2010 for fun, and it lead to a printed collective book in 2014.

"I didn't think it would go for more than five or six pages. I wanted to draw something to entertain myself and it's still going," she said of the project.

She is excited to be part of the growing diversity in indie comics, especially putting queer characters on the map.

"I really love that this is much more prominent and available now," she explained. "It's a powerful thing to see someone like you represented in the media and especially, ideally, if you don't have to seek it out as a really specialty thing."

She hopes that reading Band vs. Band is a meaningful and positive experience for people.

"It's okay to be yourself and express yourself, and I think that's really at the core of what the comic's about."