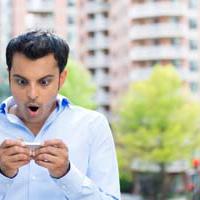 Aiming for A-List? Time to Get Shameless

Whedon is the guy behind the Avengers movie franchise. He's also the guy who gave us the TV-changing Buffy, the Vampire Slayer, as well as a host of shows: Angel, Firefly, Dollhouse, and the currently airing Agents of Shield.

In other words, Whedon is one busy guy. Which is why his reason for quitting the twitting makes so much sense to anyone forced into that land of time-suck.

"I joined six months ago specifically to try to drive business to Much Ado About Nothing because I figured [a low-budget film of a Shakespeare play shot in black-and-white] needs all the help it can get," he told Entertainment Weekly.

"The moment I joined, oh my God, what a responsibility. This is enormous work -- very fun, but it really started to take up a huge amount of my head space," Whedon said. "I'm making a movie. I've got a responsibility. This [Twitter] job doesn't pay very well... People are like, 'It's like a drug.' Yeah, and it's like a job. It's just another art form. Until I have a script I truly believe in or a tweet that's really remarkable, I can just walk away and get back to the storytelling I need to do."

His obsessive fandom is blaming his exit on the mean, mean feminists who were supposedly attacking Whedon over the way he wrote Scarlett Johansson's Black Widow character in Avengers: Age of Ultron. But I suspect Whedon's Twitter-fatigue is just another example of why this social media thing isn't a replacement for old media.

Whedon nails it when he says Twitter is just another kind of art form -- a creative job that doesn't pay.

I hear Whedon's complaint about the black hole of Twitter -- and Facebook, and Pinterest, and Instagram, and Snapchat, and Vine... -- from just about everyone I know whose business involves selling anything to the public. Book publishers, retailers, and small businesses of all sorts once bought advertising to display their wares to potential customers. Now they're dealing with the same problem confronting newspapers: no readers.

Which means that while they can still buy an ad in these shrinking outlets, there's no longer much of an audience to see it.

So Whedon resorted to Twitter, which launched in 2006, to talk to his audience directly, because he can no longer rely on two things old media once provided: journalists who alerted readers to newsworthy films, and an audience for the advertising he once would have bought.

And that's not just the newspapers' problem; it's everybody's problem. Old media's disappearing audience has been a huge hassle for most enterprises, which can no longer reach their customers via traditional advertising. So they've resorted to DIY social media.

Which is fine -- and fun -- for the sort of people who get a kick out of chatting with strangers. Or doing the digital equivalent of a comedy's club's open-mic night in 140 characters. Or telling the world what they had for lunch, complete with foodtography.

But from a business point of view, this new world order is like the medieval era all over again. Individuals have been reduced to talking to small groups of people, often one-to-one, where they once reached tens of thousands in a single ad.

And for people who lack the knack for selling themselves personally as a way of selling a product, this shift in advertising can mean the end of their business.

Authors, who tend to be introverted, complain about this problem endlessly. Where publishers once ran ads for their books, and editors ran book reviews, the scribes are now expected to blog about their personal lives as a way of attracting readers. Several of my writer pals refuse to do this on the principle that they shouldn't write anything they wouldn't want to read.

Whedon's complaint that "Twitter is another job" certainly resonates with them and every small business person I know. My pal Anne, an artisan running a small business, sums up the problem well.

"I have no interest in being the Amway salesman at the cocktail party," she says. "I just want to do my own work and buy an ad somewhere."

But on the advice of business consultants, Anne, like Whedon, entered Twitter to support her project. Unlike Whedon, she's not a writer. So using the platform came with all the anxiety of learning anything new and a general lack of interest in writing.

She put her finger on the flaw in the whole social media marketing scheme as only a non-writer could.

Foolishly, I suggested she do what most businesses do: hire a tweet-monkey. She gave me that incredulous look that says that I've just reached a higher rung on the stupid ladder.

"So you're suggesting I hire someone to impersonate me on social media?"

"And they could write your blog too!" I said, with a fine show of enthusiasm, knowing how she hates that blogging chore (despite having a degree in English).

"I just want to buy an ad," she repeated, slowly, as if talking to an unusually slow five-year-old.

Alas, her advisors have all come up short on recommendations for where to buy effective advertising. When newspapers and magazines have so few readers that they're laying off writers, it's just plain foolish to buy ads.

So she soldiers on in a low-key way, tweeting and pinning, because this is what the advisors tell her to do. And she tells me her friends in business all do the same: dutifully showing up for their association's regular sessions on how to win customers with tweets. No one believes the advice they get from social media gurus works. At least, it doesn't return sales vast enough to justify the time they spend doing it.

When it comes to social media, it seems that there's a whole "Emperor's New Clothes" thing going on in the business world. The idea that Twitter et al. are fabulous sales tools is based on the notion that if Taylor Swift's Twitter brigade of 53 million can ensure sales of more than a million records the week it debuts, then everyone can move "product" this way. Swift also rules Instagram with some 22 million followers who want to know all about her kitties Meredith and Olivia (yes, they are named for the characters in Grey's Anatomy and Law and Order SVU).

I suspect social media gurus have confused cause and effect. Swift was famous in the real world from the time she was 14, courtesy of old-fashioned old-media marketing. Today, fans are following posts about her personal life for the same reason screaming fans used to stalk The Beatles. Or faint for Frank Sinatra. It's just a thing the young and idle have always had time to do: obsess about something as a way of constructing identity.

But for the not-so-young and not-so-idle with well-constructed identities that include running a business of some sort, Joss Whedon is about to become the patron saint. The creative guy who stood up and said "No!" to Twitter because he knows it's an unpaid art form, not DIY advertising.

Don't get me wrong: I'm a big fan of Twitter, which can be very entertaining if you follow the entertainers. There's Kelly Oxford, the Calgary writer whose sharp quips about life as a stay-at-home mom led to a career as a Hollywood screenwriter. Or Toronto journalist Jeet Heer, who writes essays in dozens of sequential, numbered tweets. If you're not following my Tyee colleague Steve Burgess, I'd advise you to look up his stream. But not while drinking coffee -- he tweets in that style I call digital stand-up.

Tweeting is, as Whedon says, a creative end in itself. Maybe, just maybe, you'll be able to entertain your followers so well, so regularly, that they'll be seduced into buying whatever you're selling too.

Maybe. But that's hard to do. That particular skill is what made newspapers such a moneymaking miracle for about 150 years. They lined up so much interesting stuff that they could corral huge crowds of people long enough to show them ads for all sorts of things they had no idea they needed until they saw them.

We really need to figure out how we can do something like that again, for everybody's sake.

But in the meantime, I think Whedon deserves some applause for pulling back the curtain on the wizards of buzz.

I'd tweet him a thumbs-up, if only I could.