Science fiction has always been political, ever since Thomas More wrote Utopia as a witty satire on the failings of Christian Europe. Precisely because it's not obviously about present politics, it's a safe way to criticize the status quo. (Thomas More lost his head, but not because of his fiction.) 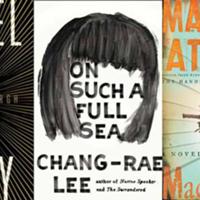 Ever since, science fiction has shown us a range of utopias where everything is wonderful and dystopias where nothing is good. All were really about the current state of affairs. Very few have had any real political effect, but they all offer insights into the social temper of their times.

In the last few years, the dystopia has suddenly surged to dominate both popular and "serious" literature. The young-adult (YA) novel, a subgenre once aimed at slow or reluctant teen readers, is now read far outside its target market, largely because it often deals with big social issues like sexual identity and race. Dystopias are a good venue for such issues.

YA dystopias aimed at girls have now become bestsellers -- and those books have become big business as film series like The Hunger Games and Divergent.

This is a dramatic change from my own early days as a science fiction writer, when my editors warned me dystopias didn't sell and neither did kids' stories with girls as protagonists (boys wouldn't read them, I was told).

After moping for years about the lack of good science fiction like the pulp I grew up with, I've recently been reading a great many novels that leave my teenage heroes Heinlein and Asimov in the dust. (My own novels of the 1980s and '90s aren't even in the running.)

Many of them are by women, and feature young women as protagonists. They're both well-written and well-crafted, with complicated characters living in worlds described with an almost documentary concreteness. As entertainment, they're superb.

But I find them notably lacking in the kind of political awareness a good dystopian writer ought to display.

Never mind Katniss Everdeen's archery as the solution to Panem's problems, or the designer light arms of Insurgent. Neither series has advanced from the strategic thinking of the Pentagon in the 1960s, when the techno-fixes were Agent Orange and B-52 bombs on Hanoi: Blow stuff up and all will be well. Worse yet: Women, be more like men and all will be well.

In the dystopias I've visited in the last couple of years, I don't find much improvement in political sophistication. They tend to play the post-apocalypse card, when things have gone to hell, we've lost much of our knowledge, and now we're trying to cope with what little we have left.

This not entirely a disadvantage: These novels are more interested in preventing the future (as Ray Bradbury famously defined science fiction) than in predicting it. But if the authors foresee such misery unless we change our ways right now, how should we change? Here many of them fall silent.

Nevertheless, here are four recent dystopias as seen by some remarkable young women trapped in them:

Memory of Water, by Emmi Itaränta. In sweltering northern Finland some centuries from now, water is scarce and Noria, a tea master's daughter, learns about the illegally hidden spring that makes her father's tea house so popular -- even with the Chinese overlords who rule Europe. It's beautifully translated from Finnish by the author, and extrapolates global warming to one intense and vivid point. I just wish Noria could offer her overlords a useful business plan for protecting her father's spring.

The Bone Clocks, by David Mitchell. Unlike YA novels, this story shows the heroine from youth to old age (can you imagine Katniss on her 85th birthday, trying to string her bow for the media?). We follow Holly Sykes from her unhappy adolescence in 1980s Britain to her last years in anarchic 2040s Ireland. Holly's likeable but very far from rescuing her doomed society, or herself.

The Three-Body Problem, by Liu Cixin. China's leading science fiction author gives us a brilliant young astrophysicist ruined by the Cultural Revolution in the 1960s. Traumatized, she manages to escape to a secret scientific station that has picked up signals from a dying civilization -- and she answers, hoping for rescue from political madness. Instead, she triggers an interstellar invasion due to arrive any day now. It's an intriguing vision of an intellectual trapped in a political dead end where a techno-fix isn't going to happen.

The Country of Ice Cream Star, by Sandra Newman is the most interesting of these: a post-pandemic America where only blacks have survived, scavenging the deserted malls and avoiding the "Roos" -- soldiers from a Russian expedition, also scavenging. Unlike the Roos, black Americans know they'll die by the age of 20 or 21. Ice Cream Star is one smart, tough 15-year-old, a "Sengle" (Senegalese?) who escapes from New England to a New York ruled by teenage black Hispanic Catholics.

Her world evokes echoes of medieval Europe, which was also largely run by teenage thugs, but the novel's real achievement is Ice Cream Star's language -- a very plausible black English that doesn't bother to explain itself. But it works beautifully as a storytelling narrative, and I hope to meet Ice Cream Star again in a sequel or two.

Not a solution in sight

All these dystopias are great fun to visit, and of course you wouldn't want to live in them. My quarrel with them is that their heroines haven't thought about problems in terms of solutions -- only escapes.

It's not that I want some detailed political analysis which the heroine then acts upon with great success. What I want is some sense that these young women are even aware of politics (apart from Liu's astrophysicist) as the source of their troubles. The others are only vaguely aware that faraway people, now dead, have allowed matters to come to this state. For these young women, the options are obedience, insurrection, or escape.

In this, they're in a long science fiction tradition of revolutions led by individuals or small groups. Robert Heinlein told a lot of such stories, usually involving a few tech-savvy people outwitting a tyrannical government. Stories about tech-savvy people winning democratic elections are mighty scarce.

Worse yet, the revolutions aren't "progressive" -- they usually bring back some lost Golden Age society, as if our present problems could be solved by the restoration of absolute monarchy. (Even The Lord of the Rings supports the return of a king, and detests Saruman's high-tech industrial revolution. I'd prefer a hobbitocracy delivering lots of extra meals and beer.)

I'm happy to see more female protagonists in the current crop of excellent science fiction novels; they're complicated, interesting people, and their societies are witty satires of our own.

I wish that these young women had some sense of what to do after they've won their rebellion. We haven't had a woman like that in science fiction since Odo, the founder of an anarchist society in Ursula Le Guin's 1974 classic The Dispossessed -- and even that novel shows us her anarchist Utopia in decay.

Hope still springs. Maybe the next book will have the science fiction equivalent of a Susan B. Anthony or a Rosa Luxembourg (but please, not a Margaret Thatcher or Angela Merkel). I'll keep reading, looking for the next young woman who will save us all.