[Editor's note: The Tyee is proud to be media partner for the Margolese Prize, an award given to innovators who make our landscapes more livable for everyone. The third winner has been announced. This is the press release with all the details.] 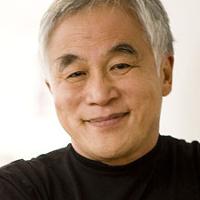 Margolese Prize Winner Bing Thom on the Art of Placemaking

The $50,000 prize is awarded annually to a Canadian who has made and continues to make outstanding contributions to the development or improvement of living environments for Canadians of all economic classes. The prize was created by a generous estate gift made to the University by Leonard Herbert Margolese.

When informed of his receipt of the prize, Bhatt responded: "I feel honoured that the committee acknowledges my work and design approach, and by doing so, the award also recognizes that designers should pay an equal degree of attention to the needs of all -- particularly the other half. I am grateful and eager, because this prestigious prize will allow me to further my urban agriculture and food security interests and also venture into new areas such as the synergy of built and aquatic environments."

"Vikram Bhatt has dedicated his life to the application and teaching of appropriate technologies for the improvement of community life, not only for Canadians but for communities throughout the developing world," said Thom.

"His work on edible gardens and productive rooftops over the last decade has focused not only on the need for self-sufficient villages in the developing world but, also, for a critical re-evaluation of the bucolic lawn-scape in Montreal," noted Rochon.

Currently noted for his work on transforming neighbourhoods through urban agriculture, Freedman called out Bhatt's extraordinary accomplishments over the past four decades in the area of minimum cost housing. "In his own modest and incremental way, Professor Bhatt has had, and continues to have, an enormous and positive impact on Canadian architects, urban designers and urbanists."

"In a world increasingly obsessed [with] eye candy architecture," Rochon praised Bhatt's patient and meticulous enquiry on ways to create practical, low-cost domestic interventions as well as the design of culturally meaningfully communities around the globe.

As part of the award, each prize winner is invited to give a public lecture on their work. Bhatt will give his talk at 6:30 p.m. on Monday, Jan. 19, at UBC Robson Square in downtown Vancouver.

To learn more about the Margolese National Design for Living Prize, click here.