As far as organ failure goes, it could be argued that most songwriters tend to focus on what becomes of a broken heart. Fine a subject as that may be, Pharmakon (aka New York noise artist Margaret Chardiet) has presented an altogether more terrifying analysis of what happens when your body betrays you on her latest LP, Bestial Burden. 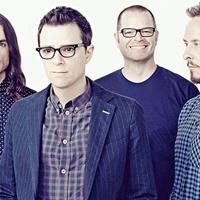 Based on Chardiet's real-life experiences, the song cycle is fully indebted, for better or for worse, to a major surgery that prevented her from undertaking a recent European tour. Though the specifics are a little hazy, the artist admits to a large, benign cyst having attached itself to an internal organ, with doctors having to remove both the growth and its host during abdominal surgery. This left the soundscaper bedridden for three weeks, contemplating the relation between mind and body, and how they don't necessarily meet halfway.

"It was as though my body had betrayed me, acting as a separate entity from my consciousness," she explained ahead of the album release in a press statement. "I thought of my corporeal body anthropomorphically, with a will or intent of its own, outside of my will's control, and seeking to sabotage. I began to explore the idea of the conscious mind as a stranger inside an autonomous vessel, and the tension that exists between these two versions of the self.”

The traumatic experience has been transformed into an often paralyzing collection that pushes the power-electronics genre to its extremes, sonically and thematically. "Vacuum" opens up with a sterile inhaling-and-exhaling, as if presented during a routine stethoscope examination. The pace becomes more erratic, unnerved as the hum of electronics begin to buzz beneath the vocal performance. The piece unravels as an unsettling duet of panting, one reclaiming a regulated breathing pattern and the other a defeated, collapsed-lung wheeze.

The album grows more punishing with "Intent or Instinct," building itself up with iron-lung industrial percussion and a series of vicious, EKG spiking guitar loops before Cardiet rips into the psyche with a series of damaged, larynx-shredding howls. The hurt and frustration is palpable here, as on "Body Betrays Itself," another haunting, cyclical drone bringing out Pharmakon's deeply affecting, agonized cries.

Despite in-the-red explorations built around high-pitched white noise, gastric rumbles of synth bass and nausea-inducing screeches, it might actually be the album's barest arrangement on "Primitive Struggle" that succeeds most in making Bestial Burden the audio-equivalent of a body horror film. Preserved here is a shell-deteriorating recording rife with convulsive coughing fits, phlegm-splattering expulsions and a queasy electronic kick beat. Like the parasites in David Cronenberg's Shivers, what makes the wretch-inducing track so menacing is that its inspiration "came from within."

Interestingly, there's been a handful of major physical trauma-related albums to come down the pipeline over the last couple of years. Desert rock group Queens of the Stone Age's sensual 2013 masterstroke ...Like Clockwork came out of leader Josh Homme's near-death experience on the operating table, while rock icon Marianne Faithfull's new Give My Love to London album (out now in the U.K. and due Nov. 11 in North America) was written while the songwriter was recovering from an accident that broke her back. Both of those albums show off some serenity in the aftermath, though, while Pharmakon's Bestial Burden has no qualms portraying how disgusting, confusing and frighteningly unpredictable the cages that contain our consciousnesses really are. Judging by the LP, they might just be our greatest enemies.