Until I sat down to write this piece, I had never made it all the way through Swans' new album, To Be Kind. This isn't a slight against the material, which is dark, dense and fascinating. The problem was a practical one: the album is more than two hours long, and who the hell has that kind of time? It takes me around 45 minutes to walk the dog in the evening; any album longer than that usually gets divvied up into multiple sittings. 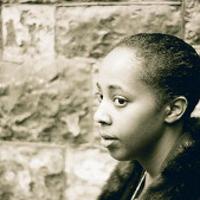 To Be Kind's fourth track, "Bring the Sun / Toussaint L'Ouverture," clocks in at a shade over 34 minutes, making it long enough to be a full-length album in itself. If you're looking to really fuck up a playlist, try sticking this apocalyptic epic in the middle of it.

Like much of the album, this track isn't so much a song as an elaborate piece of sound design, as the band hammers on a single chord for several minutes, downshifts into hypnotic ambience, crescendos with pseudo-pagan group moaning, deconstructs into rustling samples of what resemble footsteps and whinnying horses, and ultimately concludes with explosions of apocalyptic hellfire noise.

The rest of the album is only marginally more restrained. Half of the tracks clock in at over 10 minutes, and they're filled with monk-like chants, horror movie soundscapes, doom-filled art-rock from the abyss, swamp-dwelling gothic blues, and 60-year-old frontman Michael Gira's preacher-on-the-pulpit shrieks.

Swans - "A Little God in My Hands"

All of this comes just a year and a half after The Seer, a 2012 album that was similarly menacing and nearly identical in length (the new one is two minutes longer). It's the veteran group's third studio album since their reunion in 2010; out of the many bands from the '80s and '90s who have re-emerged in the last few years, you won't find any other act else that has returned with such daring, exploratory material.

The band is playing at Venue this Friday, Sept. 5. This will be my first Swans concert and, from what I hear, they're even more intensely visceral in person. How a live show could possibly be more overwhelming that To Be Kind is difficult to imagine, but I'm ready to find out.

Swans - "A Little God in My Hands"