The last couple of years have turned an '80s unknown named Lewis into a cause celebre for crate-diggers. Earlier this year, the mysterious Canadian artist's wonderfully weird and ultra-rare 1983 new wave debut L'Amour was repressed by Seattle's Light in the Attic imprint, who likewise delivered revamped versions of other rediscovered rarities like Rodriguez or brother act Donnie and Joe Emerson, curbing ridiculous bids for OG copies on eBay. The crazies are at it again, though, with news arriving that a second record from the ethereal artist has hit the online auction site. If a seller is to be believed, the only known copy of Lewis' 1985 LP Romantic Times is now up for grabs, and currently fetching an asking price of over $1,600.* 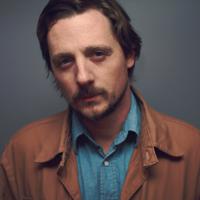 Backing up a bit, the bulk of the blogosphere first caught wind of Lewis in 2012 when Victoria record collector Jon Murphy passed a bizarre dollar bin find from a flea over to music site Weird Canada's Aaron Levin, who proceeded to upload a few choice cuts from L'Amour for all to hear. There was "I Thought the World of You," a hypnagogic ballad melding languid lounge piano with a neon cloud of vintage keyboards, this all sitting alongside a uniquely heartbroken mumble apparently informed by three fingers of Vermouth and a bottle of valium. "Cool Night in Paris" is another intriguing culture jam, pairing the lily-pad hop of a Tin Pan Alley arrangement with Vaseline-viscous wall of synth-work, like a Leon Redbone record reinterpreted by the New Romantic crew.

Likewise captivating was the artist's mysterious history. Bits and pieces have popped up about his background, but even so, things remain muddled. The official story from Light in the Attic is that Lewis came to Los Angeles to record L'Amour in the early '80s, and during that time he "stayed in the Beverley Hills Hilton, drove a white convertible Mercedes and dated a girl who looked like a model." It should be noted that there's also a dedication to Christie Brinkley in the liner notes.

The album cover, a black and white shot of a preppie type with feathery flaxen hair, was done by punk photographer Ed Colver. When the two met up at a hotel, Lewis introduced himself as Randall Wulff, and later paid the photographer $250 for his services. At least, that's what Colver had thought up until he realized he had been conned.

"He wrote me a $250 check on a closed account in Malibu," Colver recently recounted to Vice in an email. "I had 'cashed' it, then it bounced and it took me months to repay the bank. I returned to the hotel to find him. I'm quite sure he was aware the account had been closed. They me told at the front desk that he had gone to Vegas and then on to Hawaii without leaving forwarding info."

Lewis has since vanished, but the enigmatic artist's nephew was apparently tracked down in Alberta in the lead up to the re-release. He explained that Wulff was also apparently a stockbroker, with it also being revealed that he had recorded a handful of other albums -- one of them being Romantic Times.

An employee from a Calgary-based record store where another copy of L'Amour was found reports that the follow-up LP likewise features a song cycle of "private synth folk." This time around there aren't any sneak previews, but tenderly titled songs include "Bringing You a Rose," "We Danced All Night" and, perhaps most fitting for the elusive musician, "Bon Voyage." Adding to the ambiguity of the artist this time around, a second part of his assumed pseudonym has been revealed, with writing credit going to Lewis Baloue. Making things even more extravagant, Wulff (or is it Baloue?) is pictured on the LP jacket in an all-white Miami Vice suit posing beside not only his convertible, but a private jet.

Lewis - "I Thought the World of You"

The auction officially ends this Sunday. Pulling out the old Lewis-styled phony cheque may not work, but if you have deep pockets you may want to consider grabbing the rare platter. That said, you may want to hold off in case Light in the Attic steps in to likewise make Romantic Times available to the rest of us. Or, better yet, up until you find the treasure in the dollar bin.

*[Editor's note: Boom! Light in the Attic records announced today that you can purchase their reissue of Lewis Baloue's Romantic Times for considerably less that $1,600. Find it here.]