[Editor's note: With permission from Goose Lane Editions, the following is excerpted from "Best Interests of the Child" in The M Word: Conversations about Motherhood.]

A few years ago, I had lunch with a cousin from England who was visiting for a family wedding. At one point, I inquired about the news reports of mobs of young men engaged in rioting, looting and arson in London and other towns in England earlier that month. As my cousin was a London resident, I thought he would have an insider's perspective on issues of poverty and social alienation there. 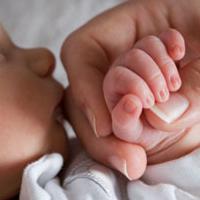 "Why is this happening now? What do you think the root cause of the riots is?" I asked.

He paused to look me directly in the eye. "Single mothers," he replied.

I nearly coughed out my salad. My cousin knew very well I had been a single mother for almost nine years.

That night I brooded over his words. They seemed to crystallize all the unspoken judgments made about me by my extended family and by strangers unfamiliar with my background. I thought back to the moment I emerged from the doctor's office having just received confirmation of my pregnancy. I was in a state of shock.

"What do you want to do now?" asked a close friend who'd accompanied me.

I considered this for a moment, and then said, "Celebrate!"

I'd yearned for but not expected my child. That he came to me was a great blessing. It also set me on a difficult, heart-opening journey into the most profound and meaningful transition of my life.

A stereotype is born

When I became pregnant, I felt like a teenaged mother having to break the news to my elders, even though I was in my thirties. My paternal grandmother in Hong Kong and other conservative relatives made me feel as if I were shaming and dishonouring my family. My grandmother was so horrified at the news of my pregnancy that she refused to inform other relatives about it. After I sent out birth announcements, she avoided the subject. Even my mother, in the intermediate stage of dementia, exclaimed to my sister, aghast, "She must have had sex with that man!" after it finally sunk in that I was eight months' pregnant.

When I thought about my cousin blaming single mothers for the London riots, I wondered once again about the origins of those old-fashioned and paternalistic attitudes toward single mothers, and how they have persisted into modern times.

In the spring of 2012, the National Post published a series of articles exposing the systemic practice by social workers, medical practitioners and church-run maternity homes of coercing thousands of single mothers across the country to give up their infants for adoption from the 1940s through the 1980s. A class action lawsuit was launched in March 2012, accusing the B.C. government of abduction, fraud and coercion in relation to the adoption of infants of unmarried women during that period, with more class action lawsuits to be filed in other provinces later this year.

At the time, unmarried and pregnant girls and women were considered "loose" and too "feeble-minded" to care for their babies. Some young women were told their infants had died during birth. Others were tied down and covered with sheets to prevent them from seeing or touching their infants as they were being born. Many were compelled to sign surrender documents shortly after giving birth when still reeling from the after-effects of medication, without being advised of their legal rights to revoke the adoption, to request temporary wardship, or to obtain social assistance.

Both sexism and society's judgmental, sanctimonious and hypocritical attitudes about sex outside of marriage were at the basis of attitudes that separated mothers and fathers from their children, causing untold social and psychological damage. Vestiges of those attitudes still exist today.

Of course, not all single mothers are alike. Some are single by choice; others are divorced or widowed. Some are financially secure and others face ongoing, serious economic challenges. There's a considerable range in how much financial or logistical assistance single mothers might receive (or not receive) from the fathers of their children or other family members and friends. Some fathers are involved in their children's lives, perhaps seeing them regularly on weekends or holidays, while others see them rarely or not at all.

I've learnt that whether you are a single or a married mother, perfection is unattainable and raising a child can sometimes be an exhausting and lonely experience. The economically, socially and culturally diverse single mothers I've come across as friends or participants in the writing workshops I've conducted for YWCA single mother support groups, whether single by choice or by circumstance, are trying their utmost to raise loved, stable, balanced, happy children at great personal cost. If anything, it's greater family and community support they deserve and require, not criticism and skepticism.

Yet like others, I've had to deal with assumptions that all single mothers must lack some essential ingredient that all married mothers must possess just because they have husbands, as if having a husband were a stamp of social and moral acceptability and a guarantee of future stability (ironic given statistics on divorce). We seem to be under more scrutiny, more subject to the misguided assumptions and moral judgments of others. One of my son's teachers presumed that my son must be a product of divorce simply because he lives in two homes. I was once interrogated by a mother whose son my child had just befriended who assumed I'd gone through divisive court proceedings over child custody and property division, not knowing that none of those legal steps were ever necessary in our situation. Other wrong assumptions abound.

Knowing how much I missed having an emotional connection with my own father who died when I was young, I've always fostered the bond my son has with his father. My son's life has been full of family, rich with exploration and activity both athletic and artistic, and most importantly steeped in love from every side from day one.

It's appalling that some people still harbour conscious or unconscious prejudices and stereotypes about single mothers when such a diversity of parenting styles and structures exists in today's world -- and in reality, have existed in other cultures and other eras where older siblings, grandparents, aunts, uncles and other extended family work together in tightly knit communities to provide strong support networks for each growing child.

I look back on the past 12 years with amazement -- both at the child who has shot up to the level of my nose and who now reads as fast as I can, and at the personal journey that has transformed me from the person I was into who I continue to become.

Having witnessed various dysfunctional family dynamics between married couples, I know not to make easy assumptions about what kind of family is best. All kinds of unexpected challenges can arise in any kind of family -- personality clashes, conflicting philosophies, let alone different economic, logistical and emotional stresses and strains.

What constitutes the ideal is more complicated than merely having a biological mother and a biological father living together in one household parenting their biological children. To establish a strong foundation of true stability and connectedness requires fostering a deep sense of rootedness in family and community and providing consistent nourishment and shelter for the body, heart, mind and spirit.

There are as many possible ways to establish that strong foundation as there are kinds of people and kinds of families. The one-size-fits-all rigid, simplistic equation for family happiness ignores our human diversity, adaptability and complexity.

Excerpted with permission from the anthology The M Word: Conversations about Motherhood, edited by Kerry Clare (Goose Lane Editions, 2014).