On Jan. 17, a Taliban suicide bomber and two gunmen attacked a Kabul restaurant. Among the 21 dead were two Canadians, accountants auditing the books of an aid agency. 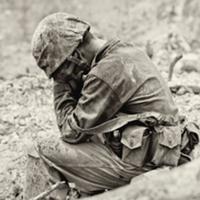 Graeme Smith could have been one of the casualties. After a long stint as the Afghanistan correspondent for The Globe and Mail, he returned to that country as an analyst for the International Crisis Group; he has been tweeting about the attack.

Despite the grim situation he describes in his book, The Dogs Are Eating Them Now: Our War in Afghanistan, something about Afghanistan clearly got to Smith. Rather than simply use his war reporting as a rung in his career ladder, he has cast his lot with one vision of the country's future.

In that, he's like many other Westerners who arrive in some unhappy country and identify with its people. I have the honour to know one: Dr. John Carroll, an American heart specialist who has worked for 20 years in Haiti's dangerous slum Cité Soleil. Such expatriates see past the political to the personal: whether or not the country is currently useful to the government back home, its people demand respect, attention and action.

An occupational hazard for such people is the homeland's short attention span. The Americans don't really care about Haiti except as a potential source of embarrassment, and Canada's Conservative government, for all its sabre-rattling and "Highway of Heroes" claptrap, doesn't want to think about Afghanistan anymore.

Much to be embarrassed about

Smith's book shows us why we have much to be embarrassed about. He was there in Kandahar when the detainees issue arose, and he can match events on the ground with the memos that diplomat Richard Colvin sent home to Ottawa -- which earned him outrageous abuse from Peter MacKay, then the minister of defence.

Our officers knew damned well that they were handing over prisoners to certain torture by their Afghan allies, but to admit it would be to volunteer for a court martial -- or worse yet, a one-way ticket to The Hague and a trial for war crimes before the International Criminal Court like some two-bit African warlord.

By then, Smith already had enough experience to know something was going very wrong. "When I started following the surges of troops into Kandahar and surrounding provinces in 2005," he says in his introduction, "I felt excited by the idea that the international community could bring the whole basket of civilization to the south: peace, democracy, rule of law, all those things." The Canadian troops, he tells us, felt the same.

The rest of the book chronicles his (and their) disillusionment, as Kandahar became increasingly dangerous to foreigners and the Taliban persisted: "The insurgents were not defeated. We killed thousands of them, but their movement would not die."

On one level, his account of events is brilliantly written, a kind of real-life political thriller complete with car chases in the back streets of Kandahar. His account of Operation Medusa in 2006 is closely observed combat writing, and his description of not one but two mass Taliban escapes from the Kandahar jail approaches Catch-22 as black comedy.

But on another level, readers may wonder why it took Smith and the Canadian forces so long to realize what they were up against. While Stephen Harper was bragging that "the Taliban is on the run," and U.S. officers crowed about slaughtering so many Taliban that they ran short of ammunition, Smith finally began searching for the truth. Were the Taliban a pack of terrorists determined to conquer the West, or just ticked-off local farmers?

One of Smith's genuine journalistic feats was to arrange a series of interviews with Taliban members themselves, a group not open to scrums by western media. They revealed themselves as armed yokels whose world was their own neighbourhood. Most of them had no more idea of Canada than Canadians had of Afghanistan. They belonged to a culture in which tribes fight other tribes, and only rarely and suspiciously did they join to deal with an outsider -- whether to fight him or exploit him.

The Taliban might be geographically parochial, but they were playing a long game. The Canadians and Americans were just the next set of foreign jerks to be conned out of their wealth, or killed, or both. The Taliban understood asymmetrical warfare: if you didn't have helicopters, Stinger missiles could knock them out of the air. And if your adversaries attacked you in armoured personnel carriers, improvised explosive devices could blow those APCs into the air.

One of the ironies in this book is Smith's references to the military intellectuals who fought the war. They really should have known better. They'd studied the conquests of Alexander and the disasters suffered by the British in the 19th century and the Russians in the 1980s. They took their ruggedized laptops into combat, and they killed Taliban, and still they lost.

Failing to learn from the past

Those of us old enough to remember Vietnam may be excused for thinking this was a classic case of failing to learn from the past and therefore repeating it.

The Americans killed a million Vietnamese (and lost 58,000 of their own kids) in a vain attempt to impose "the whole basket of civilization" on intelligent Asian adults who had something else in mind. After that debacle, the U.S. preferred proxy wars and subversion to all-out war (at least against anyone bigger than Grenada or Panama). But after 9-11, Vietnam's lessons were irrelevant, and even Canada got sucked into the Afghan quagmire. Generals and politicians are often accused of wanting to fight the last war all over again. Afghanistan is a case where fighting any kind of war is a mistake. The U.S. and NATO would have done better to demand that the Taliban hand over their al-Qaida guests, and leave the Afghans to deal with their own internal disputes.

Graeme Smith would disagree; he cites a soldier who warned about empty spaces on the world map where mapmakers would write, "Here be dragons": "The thing about modern civilization is that we can't stand those empty spaces. The dragons fly out and bite you in the ass."

This might be called colloquial imperialism -- once you're building empires, anyone unconquered is a threat. And the West, having flourished for 500 years in the imperialism game, simply can't imagine that anyone but evil-doers would see its way of life, its institutions and values, and refuse to adopt them.

So we send armies to fractious countries, and aid to obedient ones, and sometimes the aid workers get blown up just like soldiers. We are appalled and resolve not to yield to the irrational barbarians who resist us.

As a child of the West, I share Smith's hopes for Afghanistan as a free, democratic, reasonably secular country. His willingness to commit to that vision is commendable. I have similar hopes for Saudi Arabia, China, Russia and North Korea; but I don't imagine my hopes could be realized by invasions or swarms of aid agencies.

Empires may dislike blank spaces on the map, but they should learn to tolerate them. Dragons, after all, are mythical creatures; far more dangerous to provoke people who for whatever reason just want to be left alone.