John Vaillant bowled me over with The Tiger. His book casts light on an urgent but little-known environmental issue on the other side of the Pacific. But his book is also a master class in using the techniques of fiction to tell a nonfiction story. 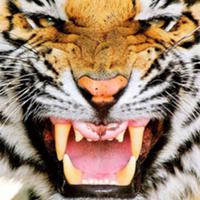 We Can Save the Tiger

When a novelist pitches a story idea to an editor, the editor's first question is, "What's at stake?" In this case, it might seem hard to establish the importance of the events Vaillant describes. They take place in the Primorye Krai ("Maritime Province"), an obscure corner of the Russian Far East, roughly at the latitude of Seattle and Vancouver. Despite its brutal winters, it supports a complex ecosystem something like that of the B.C. coast: fish, forests, big predators, and hungry humans.

The Primorye and B.C. have other parallels: Just as we provide China with an illegal supply of bear paws and gall bladders, the poachers of the Primorye make big money killing tigers to supply the Chinese market.

So we can identify with what's at stake for those poachers; a lot of North Americans break the law to pay the rent. Writers have a saying about their business: "You can't make a living, but you can make a killing." Poachers would agree completely.

A basic principle of storytelling is to begin as close to the climax as possible, with an event that makes the outcome inevitable. This is called "in medias res," in the middle of the thing, and it's been used since Homer started The Iliad in the ninth year of the ten-year Trojan War.

Vaillant understands this, and begins his story in with a fatal night-time encounter between a man in the woods and a gigantic, 600-pound tiger he had wounded earlier.

This is practically on the level of Little Red Riding Hood, and we don't need a lot of details to be engaged. Humanity in a hostile natural world is a theme we have discussed around campfires since we first learned how to use fire.

The basic story is a simple narrative: An unusually large Amur tiger is shot by a poacher but survives. The tiger stalks, hunts, kills, and eats the poacher. A local game warden, Yuri Trush, forms a posse. The tiger kills another human, the posse tracks the tiger, and they kill it.

Again, this sounds familiar: Cougars occasionally stalk kids on Vancouver Island, and I can't count the number of black bears who've been seen and then shot on my street in Deep Cove.

Not a simple story

But this is no anecdote of a skirmish on the frontier between the woods and the suburbs. The narrative of the killings covers just a few days, but Vaillant needs to show us how events have led to this struggle.

Having begun with the killing and eating of the poacher Vladimir Markov, Vaillant introduces us promptly to his hero, Yuri Trush, who investigates forest crimes involving tigers. Then he begins to provide the backgrounds of everyone involved. "Text" and "textile" come from the same Latin root, textus, and Vaillant's narrative weaves back and forth in time and space to tell the story of a few days in late Dec. 1997.

So we learn how tigers can live and flourish in the taiga despite the brutal winters. We learn how the aboriginal peoples -- cousins of our own First Nations -- learned to get along with tigers. And we learn how the early Russian colonizers, armed with guns and ignorance, upset the balance.

The flashback is a tough technique to handle, but Vaillant knows the secret: He leaves his characters facing some kind of cliffhanger and flashes back to a lesson in history or ecology or palaeontology. But he makes it a lesson so surprising that it disarms us and makes forget, for the time being, the problems of Yuri Trush and his posse of tiger hunters.

We don't mind that he's cheated us of the next "and then." When the lesson is over, we resume the story with a deeper understanding of what Yuri Trush and his community are contending with, and why.

In Little Red Riding Hood, we root for the girl. In the Primorye, we don't know whom to root for, because Vaillant makes us see and understand both antagonists.

Trush loves tigers and his job is to protect them. To do so, he has to bust the poachers. But now he also has to protect the poachers, even if it means killing the tiger. He's like Gary Cooper in High Noon, defending a community that has abjectly failed to look after its own long-term interests.

The tiger, meanwhile, is not evil. He has been driven into an unfamiliar world in which humans are not just competitors but prey.

Before he is through weaving past and present together, Vaillant takes us back to our prehuman ancestors in Africa, trying to get along while surrounded by creatures far more powerful. He demolishes the old "killer ape" theory of Robert Ardrey, which Stanley Kubrick dramatized in 2001: A Space Odyssey.

We weren't killer apes; we were cat chow. If we were dumb or slow, the big cats dined on us. Only the brightest and quickest of us survived. Even then, we achieved only a shaky truce with the cats who had driven our evolution.

In the Primorye, the truce with the Amur tigers lasted for thousands of years. The tribes respected the tigers and developed a kind of economy with them: You could take part of a tiger's kill, but not all, because the tiger would come looking for you like the worst bill collector in the world.

Another literary device is the document that reveals the truth about the world. In Kurt Vonnegut's Cat's Cradle, it's the Book of Bokonon. In 1984, it's Emmanuel Goldstein's Theory of Oligarchical Collectivism. In Vaillant's book, the document is the footprints in the late December snow.

The footprints (and pawprints) tell Yuri Trush how the tiger killed Markov, and then the young hunter Andrei Pochepnya. They enable Vaillant to portray events from the tiger's point of view as well as Trush's.

The evidence becomes disconcerting. At one point, the tiger's tracks lead to a cabin where he finds a mattress and drags it into a convenient spot to rest in ambush. Later he invades another cabin, trashes it, and waits inside for its owner. The implications are sudden and appalling: The animal can think, he has a sense of justice that authorizes vengeance, and he knows us far better than we know him.

The literary term for this flash of understanding is anagnorisis -- literally, "knowing up," rising to a clearer understanding of reality. In this awful state of mind, we follow Trush and his companions to the final battle. As much as we understand about the combatants and what is at stake, and despite the similarity to Markov's last stand, this battle still shocks.

Throughout his book, Vaillant persuasively argues that tigers not only think, but communicate in ways we don't understand. One episode near the end seems almost supernatural, but by now we're prepared to believe it anyway.

In 2004, almost seven years after the death of the tiger, Yuri Trush visited a wildlife rehabilitation centre. A tiger named Liuty, raised from a cub in the centre, was enjoying having his neck scratched through the wire by another visitor.

Then Liuty saw Trush, growled, and tried to leap over the fence to get at him. Trush fell backward, stunned. Later he told Vaillant: "Maybe tigers can feel some connection through the cosmos, or have some common language. I don't know. I can't explain it."

The final anagnorisis of John Vaillant's extraordinary book is that we still know nothing about tigers, even as, in our ignorance, we drive them to extinction.