I suffer from depression and have been treated for it for more than 20 years. My problem is anxiety -- not anxiousness, but overwhelming unchangeable anxiety, mind-numbing anxiety that has its physical side which I'll tell you about in a moment. 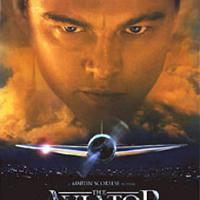 Time for Hollywood to Ground Freud

About 15 years ago I had a very good lesson, one which I'll never forget. I had been doing very well on a single medication but I insisted I change. It happened this way.

I was interviewing a famous American psychiatrist (not so famous that I remember his name) who, during a station break, asked me what medicine I was on. I told him Elavil Plus which he snorted at derisively, saying, "That's the old tin lizzy of medicines, you should be taking Serzone." So off to my doctor, Melvin Bruchet whom I credit with saving my life by diagnosing me correctly and early, demanding a prescription for Serzone.

"You dumb bugger," he replied (he's nothing if not candid), "if it ain't broke, don't fix it!" Indeed I had been doing well with one very minor side effect, but I was not to be dissuaded. He gave me the prescription, then said, "You must stay off Elavil Plus for three weeks before you start Serzone; I hope you're prepared for what might happen."

"Not to worry, Mel," I said, "Wendy and I are off for two weeks in London and Paris so there's no pressure." Mel did not seem convinced.

The first day in London, in late October, was unseasonably hot, but I'd not gone two blocks before I started to shiver and I went into a Tie Rack and bought a scarf. We got near our destination and I was so cold I went into an Irish wool shop and bought a heavy wool sweater. By the time we got back to our hotel I was shaking all over, yet my body was drenched in perspiration. Then I started to cry. And Wendy had two weeks nursing ahead of her. It was not a pretty sight and when I got home, needless to say, I immediately and sheepishly got hold of Mel, and went back to my Elavil Plus.

I had learned a couple of lessons. Mental illness is not to be toyed with. And perhaps more importantly, its hallmark is irrationality. Another time, when I had a bad bout of anxiety, deep down I knew that I wasn't dying of liver cancer but that rational voice was completely and effectively shut down by the voice of gloom, the voice that eradicates rationality. And once again a doctor had to calmly make me see that I did not have cancer, and was not dying.

I'm fortunate that I am able, thanks to medicine, to function effectively. Most mentally ill people can get help and thus be able to function. Susan Inman's daughter Molly has not been so lucky. She is schizophrenic and Susan tells of the family journey that took place through Molly's teens and early twenties in a highly readable though disturbing book called After Her Brain Broke: Helping My Daughter Recover Her Sanity.

A lovely line sums up the journey: "Life is a ridiculous hell and I'll just navigate narrow pathways of duty before chaos claims us all."

Schizophrenia is not well understood even by doctors, be they family physicians or psychiatrists. Molly bounces around between lay health workers and numerous doctors; good advice and bad advice and lots in between. She develops Obsessive Compulsive Disorder (OCD). The sufferer experiences repeated obsessions that interfere with her ability to function. This meant the entire family had to deal with a volcanic nightmare always just around the corner.

I have a grandson who suffers from Prader-Willi disease, which is caused by an abnormality of genes, thus incurable, and he has OCD big time. He focuses so severely on, for instance, the place we’re going to eat, that if the place is closed an all but unstoppable tantrum results. I constantly am overcome with admiration how my daughter and son-in-law deal with this ever-ticking time bomb. They have also had to deal with the boy's younger sister who had to, somehow, understand that she couldn't behave as her older brother did. She is, God bless her, now 14 and an integral part of the family support system.

After Her Brain Broke, I must tell you, is a Vancouver chronicle, and the inadequacies of the healthcare system are eloquently bared in a book that is free from whingeing complaints but which will leave you wondering how we can know so little about dealing with what, sadly, is not that rare an illness.

We see health professionals contradicting themselves, which is hardly helpful with any disorder but calamitous in Molly's case.

We see the impact on a family that deals with Molly hating them, suspicious of everything, and almost totally unable to function. Then Dad is hit by a rare cancer in the eye. And through this Susan soldiers on.

The ending is, comparatively at any rate, a happy one; Molly picks up much of her lost education and falls in love with a highly understanding and loving young man.

This tale is by no means critical of all help in the field. Indeed there is much good. What it does point out is the inconsistencies and the enormous difficulties they entail. And what it particularly underscores is the complaint I often make. If physically ill people were treated by the system as the mentally ill are they would be storming the legislature with bricks and pikes.

This is Rafe, not Susan speaking. The physically ill are subsidized by the mentally ill.

The majority of mentally ill people are afraid to seek help because of the horrible stigma still attached to it. This means any system that wants to help the mentally ill must seek out them out rather than rely on them to come to the system. Governments won't seek out the mentally ill -- especially this one -- because that would raise health costs and that'll never do. Those who suffer in silence, then, subsidize those who don’t.

Let me close with this not about After Her Brain Broke. Sad and often tragic though the story is, one always gets a feeling of optimism; not irrational optimism that all will be great, but a feeling that it will be better. It's a story of great courage by each member of the family, very much including Molly.

It's a book I urge you to read.