State of Alert's place in the hardcore history books may be cemented by the fact that it was Henry Rollins' first band. This was before he skipped out of town with an on-tour Black Flag, headed to the West Coast, slapped on a pair of gym shorts and little else, and helped reshape the genre by screaming on groundbreaking albums like Damaged and My War. S.O.A. is a bit of a curio because of this, with the group's long out-of-print 1981 debut 7-inch No Policy, the second ever release on the iconic Dischord Records, fetching $250 and up on sites like Discogs.com. 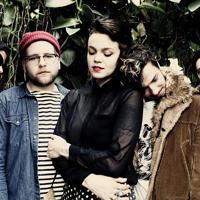 A more decently priced alternative has arrived, though, in the form of the group's newly discovered First Demo 12/29/80. A most fittingly-titled overview of the band's earliest studio experience, it was served up on 7-inch wax and digitally by Dischord earlier this month (which you can sample here).

Like previous rarities sets from roster icons Minor Threat, Dag Nasty and Void, the record puts a different twist on tracks hardcore kids have been circle pitting to in their bedrooms for over thirty years. The differences between these original recordings and No Policy aren't always major, but overall First Demo 12/29/80 offers a rawer sound that often trumps its successor.

Here, "Public Defender" plays a little slower, with Simon Jacobsen crushing out a simple one-two punk beat beneath Michael Hampton’s rudimentary but relentless assault of in-the-red barre chords. Rollins, billed here under his birth name Henry Garfield, goes even harder on the demo than the later single, running his vocal chords ragged with a series of attack dog growls against punk-threatening policemen ("Red and Blue coming for you/Sirens revved, you're gonna be dead").

Unlike the more melodically-minded yet still overwhelmingly powerful Minor Threat, S.O.A. was lunk-headed teenage fury at its finest. "Riot" features less bass fuzz than the more familiar version, but it likewise pounds away with a finger in the face of authority. Rollins takes aim at touchy-feely types trying to tap into his emotions on "Draw A Blank," ("I'm not a book/You can't read me"), with Hampton further obfuscating the song through a solo so unhinged it skips notes altogether in favour of an arrhythmic atom bomb of six-string noise. Five of First Demo 12/29/80's eight track session are previously unreleased, with a pair of tracks off of the D.C. scene-supporting compilation Flex Your Head and No Policy's "Gonna Have To Fight" filling out the record.

S.O.A. only managed to exist for the better part of the year, with other members going on to join Faith, Embrace and Iron Cross, among others, and Rollins sliding into one of the greatest bands to ever grace the genre. No matter how hard he's shouting, there's a simplicity heard in these tracks that could not prepare listeners for the feral howls he'd stream through Black Flag's complex sociopolitical psychodramas like "My War" or "My Ghetto" just a few years later, not to mention frightening sojourns into spoken word like "Family Man."