When I saw Pavement's reunion tour back in 2010, Stephen Malkmus made a self-deprecating joke about my favourite tune of the night, "Loretta's Scars." I'm paraphrasing here -- it was three-and-a-half years ago, so my memory isn't perfect -- but it was something along the lines of, "That's what we used to consider a song." 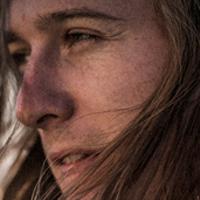 It's true that, by usual rock music standards, "Loretta's Scars" is a tad underdeveloped. It's messy as hell, the lyrics are repetitive and don't make much sense, and the hook simply consists of Malkmus yelping the title without much of a melody. But nevertheless, the track has a spontaneous rawness and slacker chic that epitomizes everything I love about the band's 1992 debut full-length, Slanted and Enchanted.

After that album, Pavement released four more LPs, and Malkmus has since gone on to amass an impressive discography with his band the Jicks. His sixth post-Pavement album, Wig Out at Jagbags, came out this week (Jan. 7), and it reinforces just how much he has grown as a composer since the early '90s.

Consider a song like "J Smoov," a soft and silky number that splits the difference between the jazzy pop of Burt Bacharach and the celestial expansiveness of space rock. Or "Chartjunk," which employs blaring big band horns and call-and-response harmonies for a jittery update on vintage-sounding pop. These tracks bear the well-executed professionalism of a songwriter who has been honing his craft for more than two decades.

And yet, the 47-year-old Malkmus hasn't lost his characteristic cheekiness. The bite-sized "Rumble at the Rainbo" playfully pokes fun at "emo posing" and "straight-edge fluff" before turning into a ghastly -- but extremely funny -- dub reggae jam. And then there's the lovely "Lariat," on which Malkmus conjures up summery gold soundz with jangling folk-rock guitars and nostalgic lyrics about "listening to the music of the best decade ever." (Which is the '80s, in case you were wondering.)

Stephen Malkmus and the Jicks - "Lariat"

Malkmus has been writing songs like this for years, and Wig Out at Jagbags isn't a departure from his usual quirky sound. That being said, it's more polished than some of his formative works, with refined arrangements that that offer more payoff. This doesn't necessarily make the songs better -- the ramshackle, anything-goes spontaneity of Slanted and Enchanted was a big part of the appeal -- but it's exciting to see Malkmus still sounding this vibrant more than 20 years later.

In other words, it's no "Loretta's Scars," but it's pretty damn good.

Stephen Malkmus and the Jicks - "Lariat"