I work hard to suppress my inner rockist. My father raised me on a steady diet of the Beatles, Eric Clapton and the Who (along with then-contemporary bands like the Tragically Hip and R.E.M.), and I consequently find myself drawn to meat-and-potatoes varieties of pop and rock music. Put it this way: my favourite bands in high school were the White Stripes and Red Hot Chili Peppers. 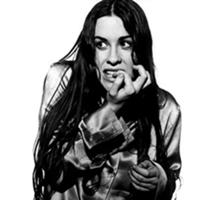 These days, my internal struggle against rockism is going well. My favourite albums of the past 12 months have spanned R&B, rap, avant-garde and electronica (Frank Ocean, Kendrick Lamar, Dirty Beaches and Boards of Canada, respectively), and I tend to listen to my aforementioned old standbys for primarily nostalgic purposes.

That being said, I'm still prone to relapses, and that's where James Younger comes in. I first encountered this British-born/Vancouver-based songwriter as a member of the local rock band Sun Wizard and as a touring player with the Zolas, and now he's gone solo for his first album under his own name. The newly released Feelin' American is a straightforward record of no-bones-about-it pop-rock, where six-string licks and peppy drums anchor head-bobbing choruses. These are the kind of sounds that have inspired generations of teenagers to pick up instruments and head down to the basement to bash away.

Throughout the album, the primary sonic touchstone is The Strokes. There's a faint hint of Julian Casablancas' disaffected drawl in the low end of Younger's vocals, while the crunchy garage grooves of "Monday Morning" and "Running Wild" sound as if they were culled from the early 2000s songbook. What's more, the records contains 11 songs in 35 minutes without a proper ballad in the bunch, meaning that the pacing is practically identical to that of the Strokes' first two LPs (which, let's be honest, are the only ones that matter).

Not all of Feelin' American, however, is a throwback to the age of the "The" bands (Strokes, White Stripes, Hives, Vines, et al.). Fans of classic rock radio will get swept up in the Tom Petty-esque heartland jangle of "Two of a Kind," bounce along with the Halls & Oates-flavoured rhythms of "Do It Again," and fantasize about how "What Comes After the Weekend" would sound with a few Graceland-style South African overdubs (it's not too much of a stretch to imagine).

These are tried and true influences, and Younger certainly isn't breaking any new ground with Feelin' American. Which reminds us that, no matter how far I stray from my rockist bubble, that sounds of punchy drums and gritty guitars will never get old.