Next Monday, Oct. 7 sees the release of Frog Eyes' new Carey's Cold Spring album, and for anyone familiar with the art-rock genius of Victoria songwriter Carey Mercer, it's a cause for celebration. It's also bittersweet. Three years removed from the spiralling and theatrical Paul's Tomb: A Triumph, Carey's Cold Spring was announced by Mercer himself with little fanfare just three weeks ahead of its arrival. It'll be issued by the musician through Bandcamp, because he's unsure if he'll get the chance to promote it. After completing the album, Mercer was diagnosed with throat cancer. 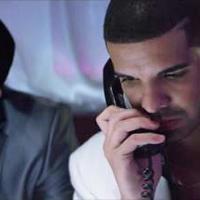 "Illness is nothing to be ashamed of, but it is a big thing, a thing that impacts a life and forces changes on the way, for example, a songwriter releases her or his product," he wrote in an artist statement. "So I release this from a place where it's hard to say if I will be on the road to promote it."

While Frog Eyes had been away for a few years, Mercer was keeping busy with his more ruminative, atmospheric and occasionally electronics-spiked Blackout Beach. Perhaps just by nature, that project's low key touches figure more prominently on Carey's Cold Spring than Frog Eyes' familiar blur of carnival barker yelps and frenetic, twisted rock arrangements. This could be further explained by the in-studio addition of Blackout Beach bassist Dante DeCaro, or the steadiness of Matt Skillings' drum work taking the place of Mercer's longtime collaborator (and wife) Melanie Campbell's rapid-fire snare attack.

Likewise, the new album is tonally related to Blackout Beach's 2011 set Fuck Death, a minimalist fever dream about the fear of war. According to Mercer, this time around his paranoia was inspired by "riots, Occupy, revolutions, storms, floods, melodramatic gestures, leftist factions, mass marches in the streets, the sheer and shocking crookedness of our political and economic system, fear of the right, fear of torture, of murder, of future firing squads, of the consequences of idealism, of the consequences of having no ideals or ideas."

Opening procession "The Road Is Long" moodily undulates via wired and warbly layers of tremolo guitar and military snares. Mercer, meanwhile, hits hard with a story of domestic decay, his words detailing smashed bowls, a fractured parent-child dynamic, and the possibility of "evil in the brains and the bones and the blood of the first born son."

"The Country Child" takes on the fight of the working man rioting in the streets to "smash an apple in the face of the state." "Don't Give Up Your Dreams" references French political text The Coming Insurrection while analyzing both sides of the wealth gap. More exploratory than brow-beating, the song feels open-ended in its presentation of Black Bloc Rita breaking into a parking lot to steal a fancy automobile.

Interestingly, some of the biggest moments in the set are its softest, such as "Noni's Got a Taste for the Bright Red Air Jordans," a track that plays out like a glammy, Spiders from Mars-era piano ballad as pumped out at a small town tavern. "Your Holiday Treat" simmers on a slender drum shuffle, meshes acoustic guitar with Mercer's airy whammy bar bends, and features an optimistic slant with the lines, "Born in a waterfall so you feel you're made to fall! / Well I know that the soul shall rise, like a burning shade of light."

The album's emotional zenith comes via a re-recorded version of early Blackout Beach track "Claxxon's Lament." Described by Mercer as a "song of deep loss," the slow-rolling number was written in the early '00s but took on new meaning after the musician played the piece on an acoustic guitar for his father as he was passing away in a hospice.

Of that performance, Mercer noted: "I sat by him and sang it; I sang it really well, of course, because I had the sense that it was the last song he would hear, not that there was any evidence he could actually hear, but still, it was the last song that went into his ears. I also sang it loud, because even though a hospice is supposed to be quiet, I wanted it to mean something, and sometimes volume creates its own meaning."

Though much older than the rest of the set, the heart-wrenching track also weighs in on themes of money, family, death and worry. It's likewise brimming with textured, tremolo licks, and is full of Mercer's most passionate vocals, either tumbling soft off a quivered lip or raspily cried during its fitting finale: "I was a singer."

Carey's Cold Spring arrives on Mercer's birthday, marking another occasion to toast the West Coast songwriter. Starting Oct. 7, you can stream or buy the album over here.