This past Tuesday's release of Nothing Was the Same was a milestone for Drake, but the week could've been so much more massive had he not postponed his "Would You Like A Tour?" trip with R&B smoothie Miguel and Future. The tour was meant to start in Portland on Wednesday, and stop at Vancouver's Rogers Arena tomorrow. But a couple of weeks back the superstar rapper from Toronto bailed from a few Canadian appearances due to a scheduling conflict, displacing the Vancouver date to November. He went even further last week by chopping the front half of the tour and tacking on make-up dates in December. 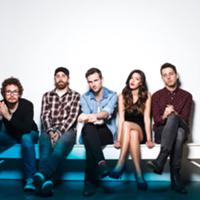 According to his press team, this was "due to an intense rehearsal schedule and technical production requirements that will be part of the show." If the '80s action flick-indebted video for Drizzy's glossy pop single "Hold On We're Going Home" is any indication of what's to come, fans could be in for one hell of a stage show, or at least a few big budget cut scenes screened between songs.

Directed by Bill Pope, the video clip lets us know up front that its set in Reagan-era Miami, and finds Drake, A$AP Rocky and R&B duo Majid Jordan celebrating the success of some apparently covert business dealings. They're joined by a sleazy, moussed-up crony that film buffs will no doubt realize is not to be trusted. A kidnapping plot is quickly ushered in, with the captured girl in question being Drake's lover, so he and the boys arm up with AKs and pull a balaclava-adorned rescue mission. Threaded throughout the rest of the video are a series of shootout scenes with a rival gang, and a happily-ever-after smooch between the rapper and his girl, who's been in lacy lingerie the whole time since being yanked from her bedroom. It's cheesy, but intentionally and expertly so.

Even more epic than the seven-minute video is the album it came from. Nothing Was the Same isn't exactly as much a game-changer for Drake as its title implies, again bouncing between lyrics that celebrate his ascent while questioning his view from the top. That said, it's still an impressive journey.

Opening cut "Tuscan Leather" starts things off with a sped-up soul sample, and has the rapper hinting that while the lengthy, six-minute intro wasn't crafted for the radio, it'll still get that airplay "cause it's that new Drizzy Drake, that's just the way it go." The audacious song also assumes you already know his bass-swerving "Started from the Bottom" single, which, while being served up back in February, doesn't technically appear until later in the album's run-order.

Less braggadocious is "From Time," a therapeutic look at Drake's relationship with his dad, as well as a look back at his time with a girl from Texas. Produced by longtime collaborator Noah "40" Shebib and Chilly Gonzalez, the song is one of many tracks to explore open arrangements, only getting a firm snare clap to the beat three quarters into the song, and only then for a couple bars before drifting back to ambient piano taps.

"Too Much," aided by the calming croon of UK R&B singer Sampha, likewise has Drake overanalyzing a former flame, but switches gears to worry about his mother's social life. ("Hate the fact my mom cooped up in her apartment, telling herself that she's too sick to get dressed up and go do shit.") He's bragging again in "The Language", using the triplet spitting style he adopted for a recent remix of Atlanta trio Migos' much hopped-on "Versace."

"Pound Cake/Paris Morton Music 2" features two guest verses from Jay-Z that have him staking his claim on the game as a veteran, noting that "I had Benzes before you had braces." Drake takes it in stride, running atop the harmonious synth bounce with lines that note he's not just the young pup Lil Wayne took under his wing a few years back, he's the top dog. No doubt; ever since he showed up nothing's been the same.

From beats to rhymes, Drake's latest is a densely layered masterwork. Fortunately for his Vancouver fans, they have another couple of months to memorize it all before they see the guy in person.