The Weeknd is going about promoting his upcoming Kiss Land LP much differently than how he handled his lauded trilogy of mixtapes. 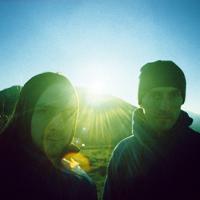 Boards of Canada Freak Me Out

The Weeknd - "Belong to the World"

Pulling a 180, though seemingly with multiple tongues poking into myriad cheeks, a chipper infomercial-style album trailer for Kiss Land was let loose this week. In it, an overly enthusiastic Japanese woman in a schoolgirl outfit explains that our man Abel's "music make many happy times!" A lime sorbet-coloured cartoon cat sits grinning and wagging its tail in the foreground, though, to be fair, the video occasionally gets spiked with micro-clips of young couples moaning and groaning.

If the tone seemed odd, wait until you get to the part where the host offers up a phone number promising info about Kiss Land and even more happy times. If you give the number a call (647-794-9223, for the record) you get a voice recording from Tesfaye thanking fans for all their support these last couple of years. He even notes that he'll be randomly selecting callers to give them a solid "whattup" sometime in the near future. This because they've helped him go from being "homeless to travelling the world in such a short time."

That sounds all well and good, up until you start studying Kiss Land. In a recent interview with Complex, his first ever, Tesfaye noted that, "Kiss Land symbolizes the tour life, but it's a world that I created in my head." While what's detailed on the LP may or may not be 100 per cent faithful to his actual on-the-road experience, it certainly demonstrates that the guy has a few hang-ups about tour time.

Atop the cloudy synth arrangement of "The Town," the Weeknd details goodbye sex on a bathroom floor, with him on his way out of town and his lover into the arms of another man. The singer later plots his return, but an eerie, discordant keyboard makes the falsetto-sung "I know you'll take me in / The same place I left you in" slightly jarring. Similarly, "Adaptation" has the Weeknd questioning, from one of the thousands of beds he's occupied in the last couple of years, whether he was wrong to leave the girl of his dreams for a taste of fame. "I chose this life," he cries in a harrowing, near Michael Jackson-styled vibrato before dourly detailing a blur of models and popped bottles.

Less focused on the tour life, but just as unsettling in terms of relationship numbers, is the centrepiece "Belong to the World." The song unfurls atop a post-industrial clank that Tesfaye assures was merely inspired by the beat to U.K. trip-hop legends Portishead's "Machine Gun," not an outright rip -- a claim that the band's Geoff Barrow found laughable. Atop the watery guitar work, heart-swelling strings, and the occasional wildcat roar, Tesfaye goes on to sing about the sadly doomed relationship between him and another performer he describes as a "beautiful dancer." Like Robin Thicke on "Blurred Lines," the Weeknd is determined to domesticate her, but it's all a fantasy, and an unhealthy one at that. Especially once it's revealed that beyond relating to her crowd-pleasing profession, the singer's attraction is due to both of them being dead inside.

Elsewhere, the R&B star seduces devoted fans as soon as he steps off stage, but the way the song twists from twinkling tones into a disturbing, slow-mo patchwork of syrup-loaded synths suggests he's hardly glamourizing the mix of Adderall, Kahlua and homesickness that's fuelling his sex game in the VIP room.

The sly chorus of "This the shit that I live for" on "Live For," which features boastful bars from fellow Toronto native Drake and is the only song to hit beneath the four minute mark, is essentially a red herring, when compared to the longing of the rest of the LP. More to the point is the slinky, '80s electro-grooving closer "Tears in the Rain," where he fully admits to the cult of celebrity collapsing his personal life, a feat which he supposes he may never recover from.

While still a sermon on the darker side of sex and love, Kiss Land ultimately serves as a portrait of the young artist working around the pitfalls of fame. Considering both of the Weeknd's shows at the Orpheum this weekend are sold out, his mood isn't about to get any brighter. It's apparently the price the currently adored Abel Tesfaye has to pay for belonging to the world.

The Weeknd plays back to back sold out shows at the Orpheum on Sept. 6 and 7.