Queens of the Stone Age – "I Sat By the Ocean" 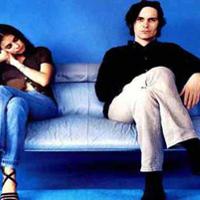 With B.C. Day Long Weekend just a few hours away, vacationers the province over are likely stacking their phones and mp3 players with summer season playlists to blast at the beach or on the open highway. No doubt, for many this will include cuts like Daft Punk's up-all-night disco-funk jam "Get Lucky," Miley Cyrus' twerk-worthy "We Can't Stop" and Robin Thicke's randy but controversy-stirring "Blurred Lines" collaboration with Pharrell and T.I.

Steering away from the obvious heat seekers, down below you'll find a few a recent singles made locally and abroad that should help score wave-watching sessions by the seawall, revved-up road trips, after hours dance parties, or even just some backyard relaxing with friends and family.

While its ranks include two Calgary ex-pats, local janglers the Courtneys have become a point of pride in Vancouver's DIY scene this year, owing to their excellent self-titled debut LP. Among the album's highlights is the slack and simple indie pop cut "90210," a song that has singer-drummer Jen Twynne gleefully calling out: "Step down to the deep blue ocean, let it fill you with emotion." Fittingly, the track comes equipped with a video shot at Third Beach, which will no doubt be a hipster hot spot all weekend long.

Atlanta trio Migos' breakthrough single saluting the Italian fashion house has taken the rap world by storm over the last month. The original's woozy trap groove had the group's Quavo, Takeoff and Offset serving up bars about silk boxers and cheetah print shirts, but Toronto's Drake pushed the song into overdrive with a gated community-appreciating remix verse. Since then, a number of other rappers, including Meek Mill, Angel Haze, Los and -- at least textually -- Frank Ocean have whipped up their own triplet-heavy bars for the track. If you're in town, chances are good you'll hear at least one version spun this Friday at the Electric Owl's weekly, basement-bound rap party, Sticky.

Ethereal, Montreal-by-way-of-Calgary pop explorers Braids have apparently settled down some since issuing their high-energy debut LP Native Speaker in 2011. Proof positive is the group's newly revealed "Hossack" single off of their impending Flourish//Perish release. While it simmers with late-night synth work and the occasional tripped-out electronic flourish, the ultra-mellow track is anchored by Raphaelle Standell-Preston's stony case of the munchies, seemingly rectified by a guy stopping by her place with a piece of pizza.

Once B.C.-based lo-fi tunesmith Mac DeMarco delivers another slice of tape-wobbling pop along the lines of his 2012 EP Rock and Roll Nightclub, though his new track "Young Blood" takes him from the bars to the ice rink. Named after a '80s-era Patrick Swayze sports flick, the jumpy rock tune hits harder than a Zdeno Chara slapshot with its lightning quick six-string leads and tuneful play-by-play narrative. The track comes free courtesy of cartoon programmers Adult Swim's annual summer singles series, which has also served up pro bono content from El-P and Killer Mike's Run the Jewels project, Toronto noise rockers Metz, and Brooklyn-based avant R&B adventurist Autre Ne Veut, among others.

The beats on Joey Bada$$'s new Summer Knights mixtape find the Brooklyn teen fantastically exploring the sounds of '90s hip-hop (see the Native Tongues-style jazz beat behind "Hillary Swank"), but the dancehall rhythm provided by producer Chuck Strangers gives the tape one of its sweatiest moments. From the up-stroke guitar plinks to the barrage of air-raid sirens, the single has more punch than a freshly-popped Red Stripe.

Queens of the Stone Age, "I Sat By the Ocean"

Queens of the Stone Age's long awaited ...Like Clockwork LP is the softest set the desert rock vets have offered up yet, but there are still a few fist-pumpers to be heard. The first of which is "I Sat By the Ocean," an amp-cranker running on a slinky groove, slip 'n slide bottleneck guitar and singer Josh Homme's forever sensual croon. You may want to keep this one cranked when you hit the Sea to Sky's blacktop to catch the band headline the Squamish Valley Music Festival on August 10.