Are we going chalk to pick the greatest song a Canadian has ever sung? Do you even know what that means? It doesn't matter, because if I learned one thing from the last column it's that no one agrees on music. Ever. If you missed part one catch up here. 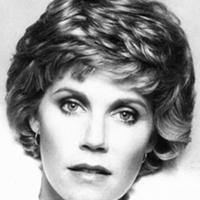 So, What's the Greatest Canadian Song Ever?

I Liked Them Before They Were Cool Region

It's the '90s in Canada, and there's a war being waged, a war between bands "inspired" by the grunge gods just down the I-5, and those who found their muse a bit further across the Atlantic Ocean. And I don't know if it's because, as Canadians, we have a natural affinity for the British Isles, but all of those who heard the siren call of Nevermind and Superunknown ended up really, really sucking. The Tea Party, Our Lady Peace, I Mother Earth, Age of Electric -- like similarly thrice-named serial killers, they murdered songwriting in the name of angst.

After a brief flirtation with electronic music -- Bran Van 3000 anyone? -- two supergroups emerged and basically started the indie rock scene. This may be an exaggeration, but there's no denying the way Broken Social Scene and The New Pornographers (what's with the three word names?) changed the landscape of Canadian rock. When Arcade Fire dropped their definitive debut album, Funeral, Canadian music had traded Lilith Fair for the new Lollapalooza. But more about all of that later.

Everyone clamoring for "American Women" can just settle down -- that's not even The Guess Who's best song -- how could the best Canadian song be an existential dilemma about American imperialism? -- whereas "These Eyes" has the most words anyone has ever tried to cram into a chorus, a feat of verbal dexterity only matched by Burton Cummings' equally dexterous hair.

Is Steppenwolf a Canadian band? They actually have more of a claim to it than Arcade Fire, and Arcade Fire might run away with this whole thing. So yes, yes they are.

The top four are actually interchangeable in my mind, and probably interchangeable with many other songs from Young and Cohen's respective catalogues. I went with the ones that meant the most to me. I'm not even going to pretend I was objective about it.

Were You Objective at All?

I was going to put every song from Arcade Fire's Funeral in a region just to see what would happen, but also because I kind of believe it. Funeral is just phenomenal. But then I thought if the entire album is that good, wouldn't the best song from that album easily win? Now I'm not so sure, but that's my awkward way of saying I tried to be objective. Oh lord, how I tried to be.

Every song on this list is sung in English. That's leaving out an overwhelming amount of music, and I'm not going to pretend that doesn't matter. And apart from the Fresh Wes himself, there isn't much in the way of hip hop or R&B. That's not to say Canada hasn't produced any of note, but if I'm honest neither genre fit with the categories I chose.

A less obvious omission is the Barenaked Ladies, and here I'm going to say something that's probably not going to be popular: the Barenaked Ladies were a novelty act. They're like Weird Al with a less developed sense of humour. Their biggest hit features the lyric "Chickety China, the Chinese chicken", and, again, that was THEIR BIGGEST HIT. If they had only ever sat in the back of that moving truck and covered Bruce Cockburn songs they might have made it, but they didn't, and then llamas and, well, no. Just no.

Stompin' Tom Connors. If the title was Most Canadian Song, Stompin' Tom would probably run away with it.

Dream Warriors - "My Definition of a Boombastic Jazz Style". Still great, but suffering from its lack of slotability. I'd probably rank it in the top 10.

Glass Tiger - "Don't Forget Me (When I'm Gone)". A truly great song that has high karaoke value and a hilariously dated video.

Hard luck for Edwards who runs into one of the three Arcade Fire nuclear missiles. Short story even shorter: she's not going to win here. But since we'll hear from Arcade Fire again, let's take a minute to consider Edwards' roll in Canadian music. She's basically a female Ron Sexsmith, critically loved but never really breaking through, although she's at least charted down south. "A Soft Place to Land" deserves to be bigger than "Ironic" or "Come On Over", but will likely never be heard by anyone not currently Googling it. And that's a shame, as it easily matches the complexity of her better known peers. It rings with poetry.

"I'm looking for a soft place to land The forest floor, the palms of your hands."

Next time - the other 31 matchups.