There is noise on the internet these days that SEO, that alchemical black art which has you clicking on websites for pharmaceuticals when you were looking for cake recipes, is coming to an end. Content, the refrain goes, is what people want; strong, shareable, relevant content that will look good linked on Facebook or strung about Reddit. People may be experiencing click fatigue, and are increasingly turning to their friends or other trusted sources for where to buy that refrigerator, read about the economy, and watch a cat fall asleep in a tree. 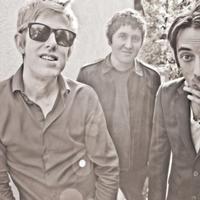 Is it possible that, for all the handwringing about this generation's attentions span shrinking like Vancouver condo sizes, we're all actually paying MORE attention? People are definitely reading fewer books, newspapers, and magazines... in their physical manifestations, but sites such as Longreads and apps like Pocket might indicate not a lack but shift of attention to other forms. Did you know that 50 per cent of people between the ages of 18 to 34 claim to read 10 or more long-form articles a week? A remarkable statistic that, like Louis CK, I just made up, but doesn't it sound like it could be true?

So, Jamie T then. Jamie T writes songs with a lot of words; so many words; words spilling over each other; some sung, some almost spoken; thickly constructed narratives with characters and something akin to a plot. His most obvious comparison, the Arctic Monkeys, do a similar trick, but where Alex Turner's stories tend to get lost in a muddy shuffle of adjectives, Jamie T sticks close to the nouns and verbs -- just the facts, ma'am -- but the facts as presented through a lens of young people out and about. His music is the essence of being young, of drinking and dancing and how incredibly dramatic those two simple actions can be.

On his 2007 debut he ponders two disparate sides to that scenario. "If You Got the Money" sees him in the role of the cad, or at least the other guy at the bar watching you recklessly spend money before swooping in with the charm. Unfortunately for Jamie T's narrator that's just a setup for the futility of looking for love amongst your other revelers:

I spend late nights trying to pick up love
Off the floor where the other brothers leave it be
Though it's stuck hard down
it's like chewing gum
While a girl on the floor I sing my R.I.P.
'Cause the song birds
Don't do singing on pavements
No sweet melody the sound of spit
Spat Orbit, spoke of lost hopes
So do what you're told man choke on it.

On "Sheila" the story is largely the same, but with a far darker outcome, and a far more Bob-Hoskins-on-the-verge-of-tears video. The diminutive actor walks along the London embankment carrying a bouquet of flowers, as the young people of the night fall apart around him. Caught up in the song's half-rhymes, mid-rhymes, and almost-rhymes is a story of endings, of dreams, of friendships, of life.

So does Jamie T's verbosity signify an end to songs that are essentially just a chorus shouted ad nauseum; a brave new world of rambling tracks that require more than one listen to digest? Probably not. Since 2006 Jamie T has only released one other album and, despite being just 26, has been incognito since his Glastonbury performance in 2010. There are rumours, however, that he's currently working on new material. Keep the songs long, Jamie. The people want more content.