Frank Ocean's Channel Orange was destined to arrive in grand fashion. It's only been a month since the California-based R&B singer announced his major label debut, but it had already been a year and a half since he self-released the murky yet heartfelt Nostalgia, Ultra mixtape, and fans got hungry fast. While the album isn't set to arrive until next Tuesday (July 17), it'd seem Christmas came early for Ocean's digitally-minded devotees, with the set hitting iTunes earlier this week. 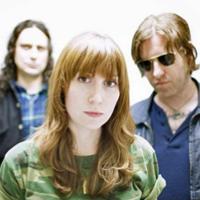 Interestingly, anticipation for Channel Orange hit a peak last week when Ocean took to his tumblr account to tell the blogosphere about his first love, who happened to be a man. The open letter, which was also meant to appear in the album's liner notes, may have surprised those who were used to listening to older tracks like slow-drip stunner "Novacane," which has him singing about a dentist's "stripper booty and rack like wow."

It may have also cocked a few eyebrows considering the singer's membership in the bratty, oft-controversial Odd Future hip-hop collective, which, while also including openly gay female DJ Syd the Kid, has become one of GLAAD's biggest targets over their excessive use of homosexual slurs.

The note explains that back in 2007, a then 19-year-old Ocean met and befriended another guy, and fell head over heels for him as they spent a summer hanging out together. Though he writes, "Sleep I would often share with him," it's unclear if Ocean's advances were ever reciprocated. Later on, it turns out the other guy in the scenario stuck with his girlfriend.

Regardless, Ocean's admission of his bisexual feelings marked a turning point in his life, just as publishing the liner notes marks a turning point for R&B and hip-hop, which traditionally hasn't had any openly gay artists. "I don't have any secrets I need kept anymore," he wrote, adding later, "I feel like a free man."

Since Ocean's candid confession, high-profile figures like Def Jam founder Russell Simmons and Jay-Z have voiced their support, while Beyonce wrote a poem. Odd Future friends Earl Sweatshirt and Tyler, the Creator both tweeted their praise, the latter posting a wise-ass but well-meaning message: "My Big Brother Finally Fucking Did That. Proud Of That Nigga Cause I Know That Shit Is Difficult Or Whatever. Anyway. Im A Toilet."

Only time will tell if this is a watershed moment in either music history or sexual politics. Channel Orange, meanwhile, is an obvious game-changer. Throughout the 17-song effort, Ocean puts on a varied performance that parts from the MGMT, Coldplay, and Eagles-sampling of Nostalgia, Ultra. This is Ocean left to his own creative devices.

Early track "Thinkin Bout You" surfaced last summer, and was also covered by Justin Bieber and Will Smith's son Jaden, but the slow jam retains the woozy keyboards and Ocean’s effortlessly sensual falsetto to still make it a keeper. The first brand new cut we get is the bite-sized "Fertilizer," a sunny slice of '70s soul that'd be easy to skip down the street down to, even with its subversively sweet hook about cutting through life's bullshit.

The Wurlitzer-and-minimalist beat combo "Sweet Life" is a highlight that spreads buttery vocals over a luscious neo-soul groove. The Earl Sweatshirt-assisted "Super Rich Kids," a portrait of phony, drug-addled children of privilege, models itself around the piano-driven glam stomp of "Benny and the Jets." Even with the grim scenario of "too many white lies and white lines," the hopeful crooner harmonizes with himself, singing, "I'm still searching for a real love."

Album centerpiece "Pyramids" is an almost 10-minute, high-concept juggernaut that starts up with Atomic Dog funk rhythms scoring Ocean's vision of the fall of Cleopatra. By mid song, the tune upends itself, pitch shifting down a few keys and adding synth drone and textured guitar shred while the singer brings us into the present. The song's new central figure, fittingly, works a club called the Pyramid in six-inch heels. Ocean also shares a sudsy sex scene with the girl in a motel room.

The vocalist eventually presents the other side of his sexuality on "Bad Religion," a powerful ballad that has the singer confessing to a taxi cab driver, "I could never make him love me." Things seem a bit more positive on the low-key soul-pop gem "Forrest Gump," where a buff king of the gridiron ends up running through Ocean's thoughts.

It's been a big week for Frank Ocean -- definitely the biggest in his still-young career. And whether it was by revealing a previously hidden part of his personality, or by unfurling an ultimately stunning official debut LP a little early, the gut-clenching anticipation is over. Frank Ocean is finally free.