If you're up on the "wood, wires & whiskey" scene, you probably know Rodney DeCroo as that prolific singer-songwriter with the gritty vocals, those weight-of-the-world hooks, and a fierce passion for the music he creates. 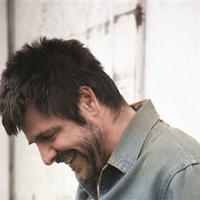 The Sins of the Father

Turns out DeCroo is a poet, too. Well, sort of.

You see, he writes poetry, but it's hard to say if his latest effort, the 26-minute collection of "poem-songs" entitled Allegheny, can be deemed just poetry. Thanks to the collaborative efforts of Vancouver-based musician/producer Rob Malowany -- who added musical accompaniment to DeCroo's words -- Alleghany appears to have evolved into something beyond poetry.

"Rob [Malowany] is a talented guy," DeCroo tells The Tyee. "He cared about the poems. He allowed the images, the music of the poems, and the way that I read them to affect him. And then he brought himself, his talent, his musicality, and his experience of the poems into the music he created. Because of that, the poems became something else -- not necessarily more or less -- simply something other, and I think in this instance that something other is meaningful."

Poems set to music. Yes, it's been done before, but not all that often, and usually not all that well: bombastic messes featuring beat poets backed by disinterested jazz musicians; or vanity pieces put out by pop stars, usually somewhere around the time they start their slow descent after having jumped the proverbial shark. But, for some reason, what DeCroo presents to listeners somehow seems to have a little more value.

Perhaps it's because this album, as mentioned, offers a whole lot more than poetry. And therein lies the confusion. Is a poem simply a song without music? No. Is a song simply a poem set to music? Not really. But this collection of eight tracks set in DeCroo’s childhood home -- a coal-mining town along the Allegheny River in Western Pennsylvania -- might challenge all that. You know, in a good way.

"I think we approached the poems," reveals DeCroo, "from the perspective of creating music for movies -- in the way music and sounds can enhance what is happening, to illuminate and colour certain moments, to set up dynamic shifts, and to signify transitions."

An apt analogy. As I found myself ensconced in DeCroo's simple yet powerful imagist approach coupled with Malowany's appropriately challenging musical interpretations, I couldn't help but notice the same delight that I experienced while taking in Neil Young's sonic contributions to Jim Jarmusch's brilliant Dead Man. Regardless, Young's soundtrack did not change the story one way or another. It perhaps made the telling of it more effective, but Malowny's music does more than just enhance DeCroo's already deeply captivating wordplay.

"I believe the album has the capacity to affect people in a different way than if they read the poems without hearing the music Rob created or my reading of them," says DeCroo. "In some ways it is like the difference between a novel and a film made of a novel. Sometimes the film adaptation simply sucks, but when a film made from a novel works it becomes something different from the novel regardless of how faithful the screenwriters and director were to the original text. And that something other either works or does not work. I think the record works or else I would not have released it."

Whatever you want to call it -- poetry, poem-songs, songs, spoken word, prose soundscapes, or even narrative karaoke -- there is little question that Alleghany is an engaging and beautiful listening experience. But regardless of this uncultured pop-culture columnist’s confusion, DeCroo still insists that at the core of Alleghany proudly rests a poet and his poems.

"The poems I used for the record are sufficient in their own right," DeCroo concludes. "They succeed as poems. They have their own music. They are rooted in a specific place and time. The images are effective and pull the reader into experiencing the poem. All of these aspects move toward a moment of apprehension and a kind of meaningful silence. Or at least I think the poems succeed in this way. Others might have something to say about that. In fact, I am sure some people will think I failed. There are no shortage of people who feel that even thinking this way about poetry is outdated, but I cannot say I give a shit."

On Saturday (Feb. 25), Rodney Decroo celebrates the release of Alleghany at the Gallery Gachet in Vancouver with special guests Doug Andrew, Mark Haney, The Minimalist Jug Band and Fraser Mackenzie.