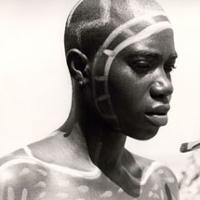 I have so many memories of the Vancouver Folk Music Festival, but the one that stands out most for me is the moment I realized that there was nowhere in the world I wanted to live more than Vancouver. I was looking out at the water and the mountains and I literally heard the call.

I'm sure a lot of people have had similar experiences on beautiful sunny days here at the beach -- really, who wouldn't? -- but I'm glad I followed through and actually made the move from California. I often respond, when asked the inevitable question, that I moved to Vancouver because of the folk fest. But, really, it's because of what the folk fest represents to me. More than the natural beauty or the abundance of talent, it all comes down to the sense of community I experience at the festival, the same sense that carries with me living in this city throughout the year.

The folk fest, which runs this weekend, is where I see just about everyone I know in Vancouver. Since 2004, when I was a folk-fest "virgin," I've attended every Folk Fest weekend with my "chosen family" in Vancouver, my two best boyfriends who are married and have an adopted daughter, now eight years old. "The Boyz" (my collective name for their family) introduced me to the folk-fest rituals they'd formed over the years, and which I've integrated as my own.

First and foremost, we always buy the full weekend ticket. None of this picking and choosing about which day to go. Contrary to what others may say, regular life does NOT carry on over folk fest weekend. It is as sacred to me as the Jewish High Holidays, meaning unless there were an extraordinary reason to miss it (e.g., a death in the family), it's on my calendar a year in advance. The nice thing about committing early is that the festival offers great advance deals, and if you're a festival member (which I am), you get an even better discount. I got a weekend pass for $95 -- that's three nights and two days of incredible music for less than a single ticket for "The Lion King".

Entering the Festival gates for the first time on Friday night feels just like entering Disneyland's "Magic Kingdom" did when I was a kid... there's truly something other-worldly about the place once you step inside. The Boyz and I usually arrive after the evening concert has already started, so we miss the rush of the crowds when the gates first open and, after dropping our blanket in the vicinity of the main stage, head to the food court.

But wait, did I say "the rush of the crowds"? Though it was supposedly curtailed a few years back, the "Birkenstock 500" is still around in spirit. The B-500 is named for the hippie crowd (remember, this festival goes back to the '70s) that literally sprinted to secure their places by the main stage. Apparently some of the old-timers had a "take no prisoners" approach to the process, and a few years ago, the organizers had to disallow running when the gates opened because people were getting hurt from all the jostling.

Having been at the gate for the last couple years as it opens on weekend mornings, I've observed that these same folks will speed walk until they're out of range of the poor volunteers assigned to monitor them, and then, well, they can't seem to help themselves... the sprint and jostling begins for the spots closest to the stage. We're talking old-timers here, people... I'm in my mid-40's, and I'm one of the kids in the crowd. Old habits die hard, I guess. There's some method in this madness, though... the location of one's blanket (or gigantic tarp, if you're like most) is key because the main stage is huge and, if you can handle the crowds, most will agree that it's usually more fun to be closer to live music.

No matter where it lands, your blanket is your home turf for the whole day. You can leave all of your belongings (backpacks with warmer clothes for the night, extra snacks, etc.) lying there and, according to popular wisdom, they will remain safe and secure. This is one of the "magical" parts of the folk fest, the unspoken understanding that we are all part of the same community, a community where we respect each other and each other's "stuff." Perhaps I'm just cynical from living most of my life in big American cities, but I do wonder if or when that culture will change. At the same time, I'm optimistic that the younger crowds who are coming in greater and greater numbers reflect a strong sense of community too, and that this culture of respect will continue both within and outside of the festival gates for many generations to come.

Back to the food, the most delicious festival grub I've ever encountered awaits us each year at the folk fest. No corn dogs or cotton candy, no sir. Instead, there's sumptuous selections from around the world, including a fair bit of organic offerings. Lots of people have the foresight to bring their own meals, but the best my crowd can usually do is to pick up snacks to graze on. We leave the "real deal" meals to the fabulous food vendors, and usually nab a whale tale or gelato (no, it's not ALL healthy!) to go with our Salt Spring Coffee after dinner. For those so inclined, there's a beer garden too.

Of course, the real draw for most people is the music... funny I should save that for last, but in some ways, it's the part of the folk fest I focus least on, even though I love it just as much as the next person. There's just SO much music going on all day long, on seven (count 'em, seven) stages all at once, that there's nowhere you can be in or around Jericho Beach without hearing something great. The variety of musicians is astounding, and each year I come away with several CDs from the CD tent (yes, they still sell ye old compact discs for the geezers like me in the crowd) by artists I'd never heard of before hearing them there. Unless your musical taste is really narrow, I'd wager to say there's something on the schedule that will please your ears.

Stretched out in the shade

Every year as we walk through the gates on Friday night, The Boyz and I buy a program and start pouring through the descriptions of the artists who'll be appearing over the weekend. There's quite a bit to ingest -- this year, for example, there are 65 artists and groups appearing. While all the artist information is posted weeks ahead of time on the folk festival's website, I never get around to doing my "homework" beforehand, so I end up relying on word-of-mouth recommendations, and often just follow random friends I happened to run into to the next stage they're headed towards.

Each stage has its own flavour, though the genre distinctions aren't necessarily clear-cut. This much I know -- Stage 1 is the family-friendly place to be. It's right by the activity area for kids, where they can do arts and crafts, get their faces painted or climb a rock wall. Honestly, not having kids, I'm not sure of everything that's there, but I hear it's a great area if you do! Generally, my friends with little kids tend to set up their "camps" on the grassy knoll (no, not that grassy knoll) that's right smack in the middle of the park, where there's lots of shade, it's not too crowded, and the kids can rest and play with each other during the day. Seems like a smart idea.

Stages 2 and 3, in the southwest and eastern sections of the park, have lots of shade. Sure, the music's always great too, but on sunny days, the nearby trees make those two stages especially popular. Like all the stages, there's a mixture of single artist (or group) concerts and multi-artist workshops. I often find the multi-artists mixings provide the most exciting highlights of the weekend, as those improvised collaborations can produce out-of-this-world jams.

The other stages are spread out across the rest of the park to the north and west. In the past, Stages 6 and 7 have seemed to attract more upbeat music... I've got lots of crazy fun memories of me and The Boyz dancing our little feet off to world grooves (banghara, etc.) in the late afternoon sun.

I'm sure that by not scheduling my days more deliberately, I always miss some great music. Even if I tried (and yes, I used to), it's simply impossible to be everywhere I want to be at once. I've come to appreciate that the folk festival is, at its essence, about flow... being in the moment, moving to where I'm drawn, soaking in diversity, running into friends, and being part of my chosen family in the city where I now choose to live. Flow, music, food, friends and family... throw in the beauty of the setting, and for me, it all adds up to community. My community.