The Tyee ran a story the other day about monkeypox. The article originally appeared in the Conversation, a network that publishes solid articles by academics on newsworthy subjects. The author, Ed Fell, is a British professor of microbial evolution.

The article is not a bad introduction to a disease that’s new to most of us.

But in the context of what we know about COVID-19 and how public health officials have repeatedly downplayed its severity, we need to take a closer look at how experts explain monkeypox and other health threats.

Monkeypox is one of what are called “neglected tropical diseases,” and they’re neglected because they don’t usually pose a threat to rich countries. If the current outbreak had been in Kinshasa or another African city, you may never hear about it on the news in North America. But because it’s suddenly popped up across Europe and North America, as well as other countries, we find it deserving of our attention.

The Conversation piece is based on information from official sources. Much of it is clearly based on the World Health Organization fact sheet linked to in the article. But the author runs into trouble when he describes monkeypox as “mostly a mild, self-limiting disease lasting two to three weeks.”

“Mild” became the term of choice when describing the Omicron strain of COVID-19. Omicron is nothing of the sort, and its subsequent variants are even less mild.

But “mildness” was excuse enough for many governments (including B.C.’s, in my opinion) to give up on public health and hand everything over to us as our “personal responsibility.” Dr. Eric Topol of the Scripps Research Translational Institute calls this “The COVID Capitulation,” which only encourages more cases “by feeding the myth that the pandemic is over — precisely what everyone wants to believe.”

The WHO fact sheet describes monkeypox as “self-limiting,” but doesn’t use the word “mild.” That appears to be Fell’s term. The WHO describes the disease’s onset as “characterized by fever, intense headache, lymphadenopathy (swelling of the lymph nodes), back pain, myalgia (muscle aches) and intense asthenia (lack of energy).” Skin eruptions can appear on the face, palms of the hands and soles of the feet, the inside of the mouth, the genitals and the eyes. “Mild” does not spring to mind as a quick summary of those symptoms.

The Conversation article also cites WHO statistics, saying that recent case fatality rates range from three to six per cent. The author doesn’t interpret those numbers, but they’re actually alarming: COVID has a case fatality rate of 1.19 per cent, and it’s killed at least 6.3 million people in two years. The WHO estimates all excess deaths due to the pandemic at just under 15 million.

A recent article on monkeypox in the journal PLOS Neglected Tropical Diseases reports that since the 1970s, the median age of cases has risen from 4 to 21. The case fatality rate for the West African clade (now spreading around the world) ranges from 3.6 to 6.8 per cent, while the Central African clade can kill in between 8.4 to 13.3 per cent of cases.

In his piece in the Conversation, Fell says that monkeypox “tends to cause more serious diseases in people who are immunocompromised — such as those undergoing chemotherapy — and children.” 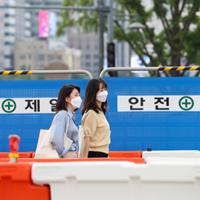 We Are Dangerously Relaxed about COVID

This is an unfortunately dispassionate description. My Twitter timeline is full of people who have hunkered down for over two years to protect themselves or other vulnerable people in their households. Parents who are health-care workers are especially furious about their kids bringing COVID home from school.

I can understand that neither the WHO nor Fell wants to sensationalize this disease. The WHO and other health agencies like the Public Health Agency of Canada are working hard to track the spread of cases.

But those health agencies are now in their third year of battling an ongoing pandemic. It has lasted this long in part because the agencies and their political masters have done a terrible job of messaging.

And having now capitulated to COVID, they will have a serious problem gaining trust in their response to monkeypox.